No, ignore yet another hoax that renowned Kenyan writer Ngũgĩ wa Thiong'o has died

It reads: “BREAKING NEWS: Ngugi Wa Thiong’o is Dead at the age of 84. He will be remembered for thrilling books like ‘The River between.’ And many more. RIP Mentor.”

Born in 1938 in Limuru, Kenya, Ngũgĩ is considered a pioneering African novelist and post-colonial theorist. In addition to The River Between (1965), his novels include Weep Not, Child (1964), A Grain of Wheat (1967), Petals of Blood (1977) and Devil on the Cross (1980, also available in Kikuyu as Caitaani Mutharaba-ini).

Other acclaimed works include the Decolonising the Mind essays (1986). A full list of his work can be found here.

Some of his work has attracted the ire of the Kenyan authorities. In 1977, following the premiere of his politically charged play Ngaahika Ndeenda (I Will Marry When I Want), he was sentenced to a year in solitary confinement in Kenya’s Kamiti Maximum prison.

Ngũgĩ wrote the play Devil on the Cross while he was incarcerated. He left Kenya in 1982 after being freed out of fear for his safety and didn't return for many years.

Kenya’s second president Daniel arap Moi ruled from 1978 to 2002. When Ngũgĩ returned to Kenya in 2004, after 22 years of exile, he and his wife were brutalised in what was seen as a politically motivated attack.

Ngũgĩ has in the past been a victim of death hoaxes. Is this another? 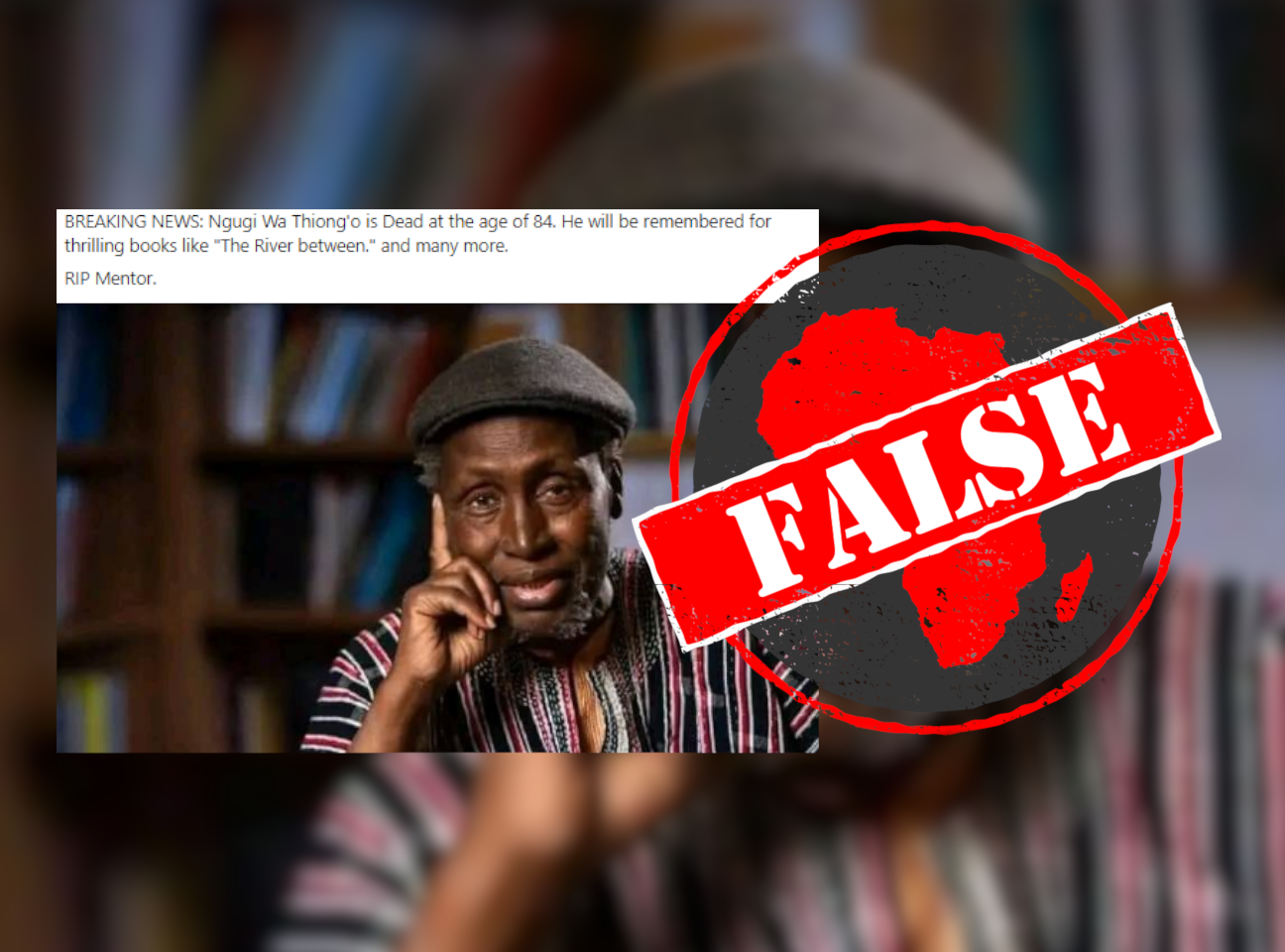 If Ngũgĩ had died, the mainstream media, both Kenyan and international, would have widely covered such a significant news event. But there have been no trustworthy reports of his death in August 2022.

Via email, she said of the reports: “No, they are not true.”

Such unfounded claims could cause distress, not least to Ngũgĩ's family.