IN SHORT: In power since 1986, Uganda’s untiring president Yoweri Museveni shows no sign of slowing down. If he does, his son Muhoozi Kainerugaba has expressed interest in taking his place. But a much shared image of popular actor Jackie Chan endorsing Kainerugaba for president is fake.

An image of Hong Kong actor and filmmaker Jackie Chan wearing a T-shirt printed with a photo of Muhoozi Kainerugaba, the controversial son of Ugandan president Yoweri Museveni, is circulating on Facebook. Text below the photo reads: “The Next President”.

This suggests that Chan endorses Kainerugaba as his father’s successor. Museveni has been in power since 1986.

In the image, Chan is with a young-looking Jaden Smith. Smith, a US rapper, singer, and actor, is now 24 years old. Chan and Smith starred together in The Karate Kid, a 2010 martial arts movie.

Kainerugaba has expressed interest in succeeding his father. But he has recently caused the older Museveni plenty of headaches, such as causing a diplomatic furore after he threatened to invade Kenya, Uganda’s eastern neighbour.

He has also waded into the conflicts in Ethiopia and Ukraine.

The image can be seen here, here, here and here on Facebook.

Chan’s films are popular in Africa and beyond, so his support would be a boost for Kainerugaba’s political ambitions. But is the image real? 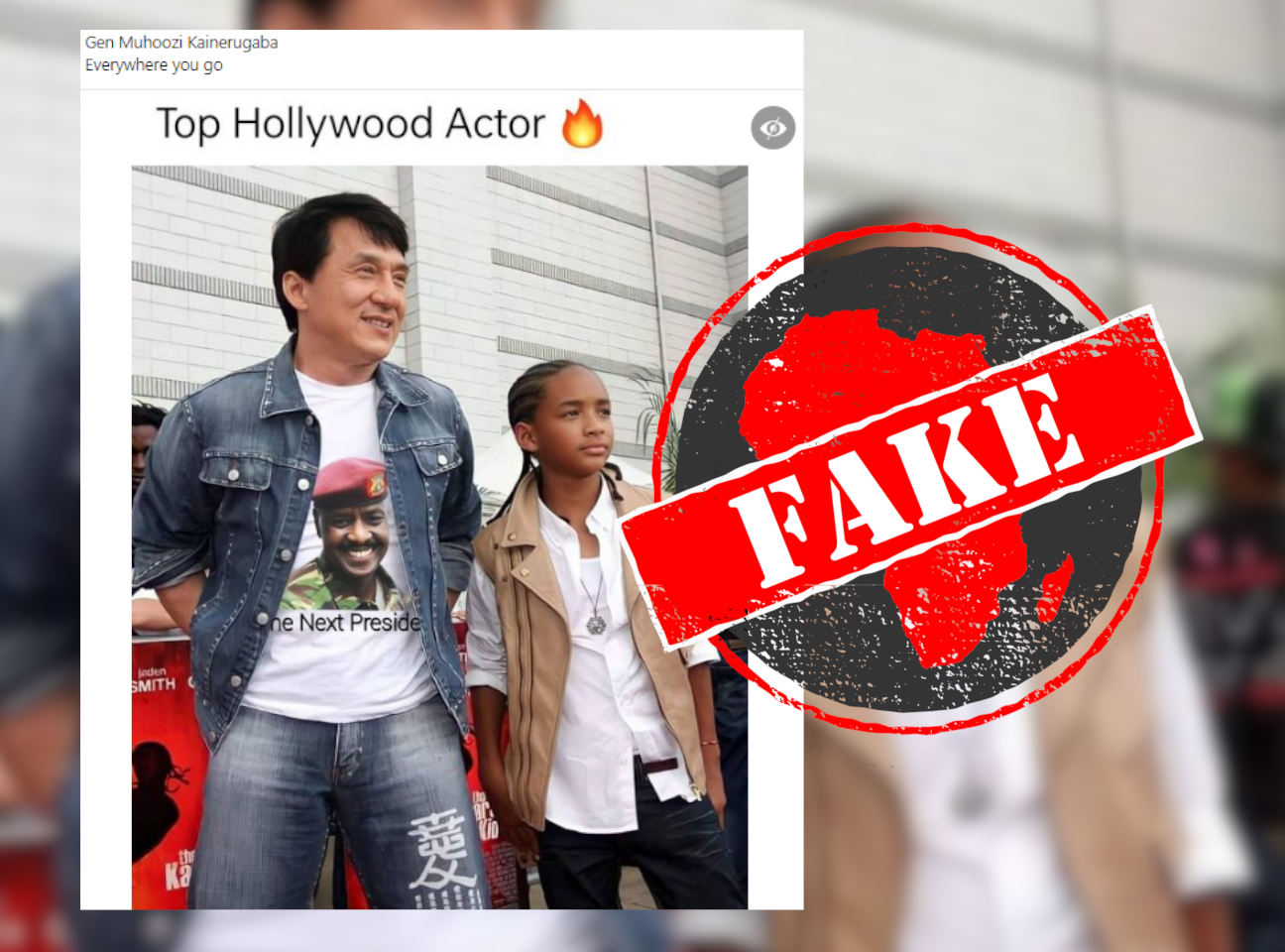 Photo from 2010 festival in Texas

A Google reverse image search reveals that the image has been doctored. In the original photo, Chan’s T-shirt is plain white, with no sign of Kainerugaba.

The original photo was taken on 26 May 2010. It shows Chan and Smith on the red carpet at the Kick it with the Karate Kid Street Festival in Dallas, a city in the US state of Texas.

Ignore the manipulated image. Chan hasn’t endorsed Kainerugaba as the next president of Uganda.