No, this isn’t the northern lights, but long exposure photo of fluorescent bulb

A photo of a wispy white pattern against a starlit sky has been doing the rounds on Facebook in South Africa.

The captions to the photo claim it shows the aurora borealis in Finland, and is called “The Hem of His Garment”.

But does this photo show the aurora borealis? We investigated. 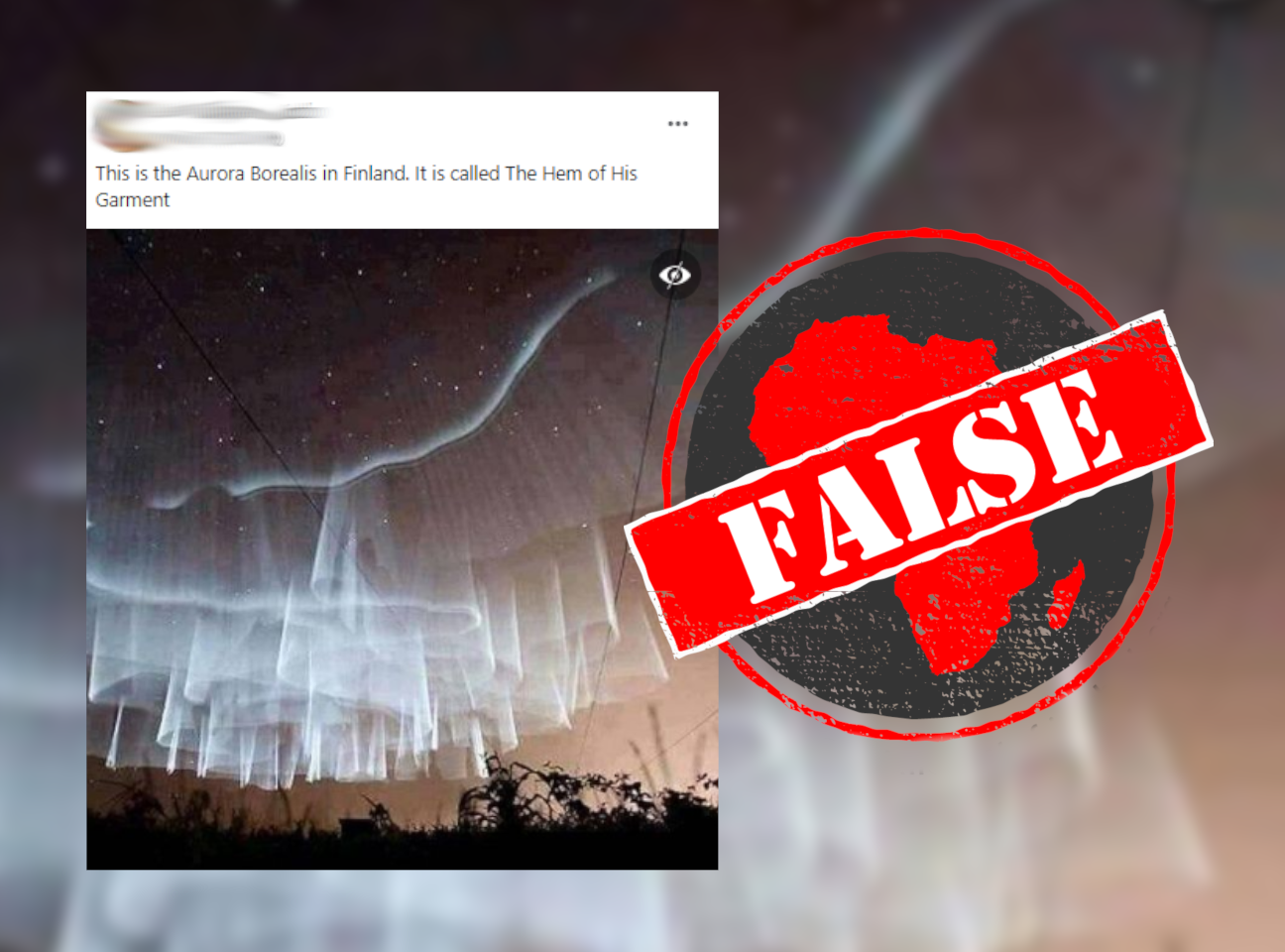 A TinEye reverse image search led us to what appeared to be the original photo, posted on a Russian webforum in 2010.

Several other photos were posted in the same thread, showing wispy white lights against a night sky.

Google translates this to: “A fluorescent lamp can glow not only from a direct supply of electricity, but also from a powerful electromagnetic field located next to the lamp.  What we decided and tested, well, my favourite style of photography: Long exposure.”

Fact-checking organisation Check Your Fact also investigated this claim and interviewed Virgil Reglioni, a French photographer specialising in photos of the northern lights. He said: “I am pretty sure this picture is not an aurora borealis for several reasons. This spectrum of colour does not fit with auroral activity, also cameras are able to capture way more frequencies of lights so more colours.”

Photos of the northern lights on Getty Images and Shutterstock are quite different from the Facebook post and show green, blue or purple colours against dark blue skies, not white wisps.

We could also find no credible evidence that the northern lights viewed from a specific place in Finland are known as “the hem of his garment”.

This photo does not show the northern lights.