The statement reads: “The United Democratic Party (UDA) is directing all its members, affiliates, and delegates with immediate effect to unsubscribe from the 411 News flash message service for its blatantly false and biased reporting against the UDA party and our presidential candidate HE Deputy President William Ruto.”

It adds: “411, along with several other news outlets including The Nairobian, Citizen Weekly, and The Standard, have in the past week published news articles targeted at sabotaging the integrity and dignity of the UDA party and Hon William Ruto by raising accusations of domestic violence, witchcraft, association to ungodly organisations such as Freemasons and financial misappropriations.”

The outlets “continue to paint UDA and Hon William Ruto in a perpetual bad light and affect the mental health of his family and close associates”, it says.

The statement appears to be signed by Anthony Mwaura, chair of the UDA’s national election board. But is it real? We checked. 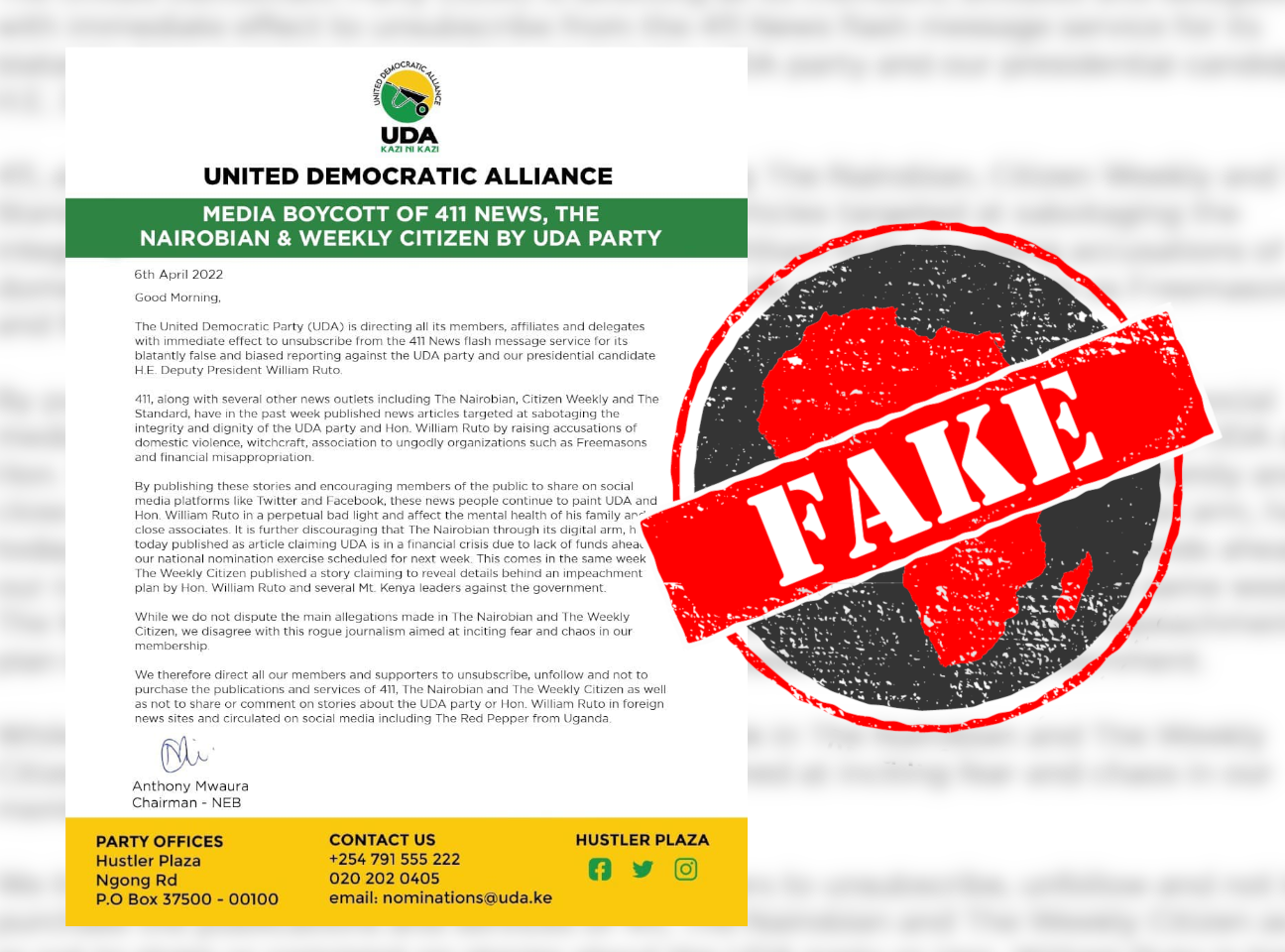 Several high profile Kenyans shared it as being genuine. But there are several signs that the document is fake.

Africa Check asked Wanjohi Githae, the party’s director of communications, if the statement was by the UDA.

His answer was simple: “Fake fake.”