“Happening now” reads the caption of a photo shared in a Facebook group in Kenya with over 1 million members.

The two political rivals have been at loggerheads following the political truce between Odinga and president Uhuru Kenyatta which gave birth to the Building Bridges Initiative, a national unity and reform drive.

But was there a surprise meeting between Ruto and Odinga on 6 March and was it captured in the photo on Facebook? 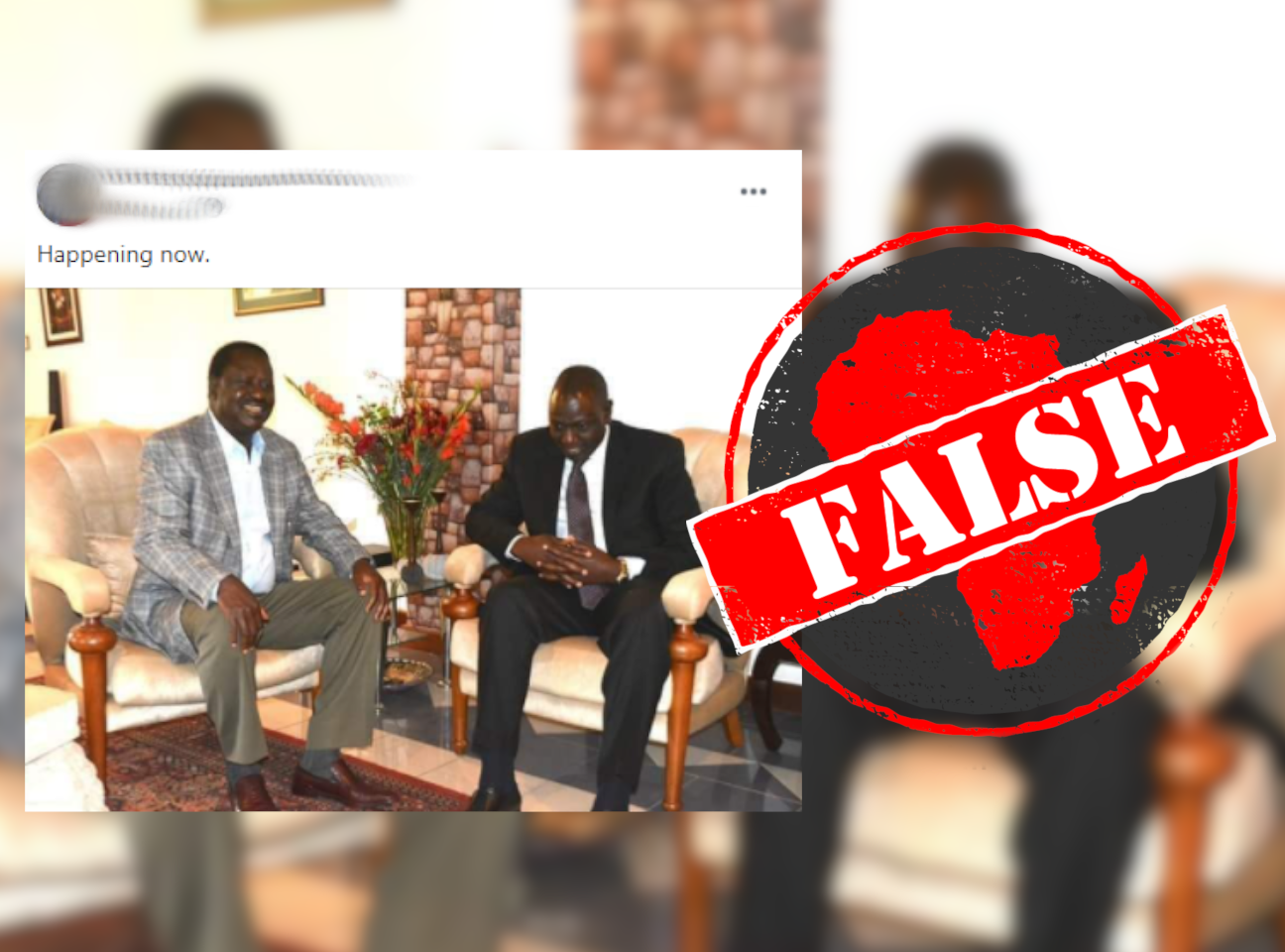 Ruto in Meru, Odinga in Nairobi

A look on Ruto’s Twitter timeline shows that on 6 March, Ruto was in Meru county, northeast of the capital Nairobi, interacting with youths.

Odinga was at his home in Karen, Nairobi, meeting a delegation from Narok county.

In the photos posted on their respective Twitter profiles on 6 March, the two political bigwigs were in casual attire and not wearing jackets, unlike the photo shared on Facebook.

There were also no media reports of any meeting between the two and it wasn’t mentioned on their social media channels where they inform the public of their engagements.

A reverse image search reveals the photo is old and was online as early as April 2016. The one shared is just a different angle of the same photo.

Africa Check looked at different photos of Odinga and Ruto meeting to determine when and where the photo was taken.

We found the photos on Ruto’s Facebook page, posted on 7 January 2015.

“Paid a visit to former prime minister Raila Odinga, his wife Ida Odinga and widow of the late Fidel Odinga, Lwam Getachew Bekele, to console with them at their Karen home,” read the caption.

Fidel was Odinga’s first-born son and died on 4 January 2015.

The photo of William Ruto and Raila Odinga was not taken in March 2021 but is from January 2015.