No, Kenyan lawmaker didn’t call for Odinga street to be renamed after athlete Kipchoge

Since then, Africa Check has had to debunk a number of false rumours related to Kipchoge’s achievement. 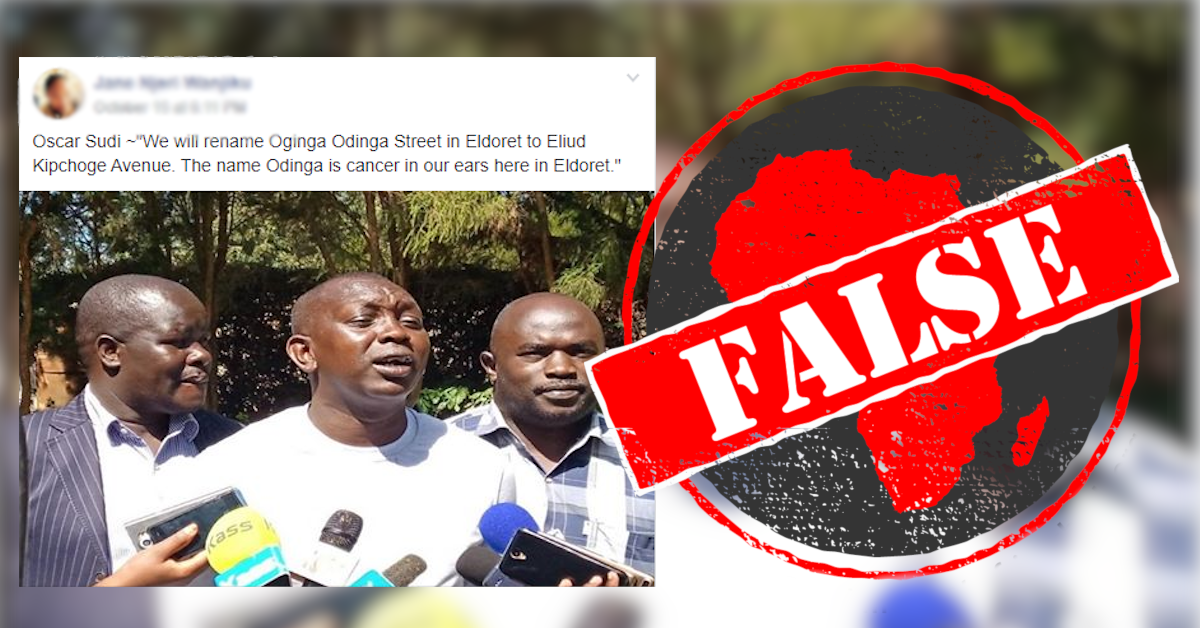 ‘Odinga cancer to our ears’

It claims to quote Oscar Sudi, a Kenyan member of parliament, saying: “We will rename Oginga Odinga Street in Eldoret to Eliud Kipchoge Avenue. The name Odinga is cancer in our ears here in Eldoret.” The post includes a photo of Sudi talking to journalists.

The road is named after Oginga Odinga, Kenya’s first vice president and the father of Raila Odinga, a veteran opposition politician and former prime minister.

Did the MP really say this?

“Ignore such idle busybodies,” he wrote.

Sudi did publicly celebrate Kipchoge’s record, but did not call for the road to be renamed or say “the name Odinga is cancer in our ears”. – Grace Gichuhi.