No, Kenyan lawmaker Gladys Wanga didn’t say she didn’t have ‘faith’ in ODM

A graphic with a quote attributed to Kenyan parliamentarian Gladys Wanga was shared on a Facebook page with 63,000 followers.

It reads: “I don’t have faith in the ODM party, and I might consider running on a parallel ticket for Homabay gubernatorial seat ... ODM sio chama pekee.”

The last phrase is in Kiswahili and means “ODM is not the only party”.

Wanga is a member of the Orange Democratic Movement party, or ODM, and has declared her intention to run for the governor’s seat in Homa Bay county in the 2022 elections. The county is in western Kenya, on Lake Victoria.

But has Wanga lost faith in her party? 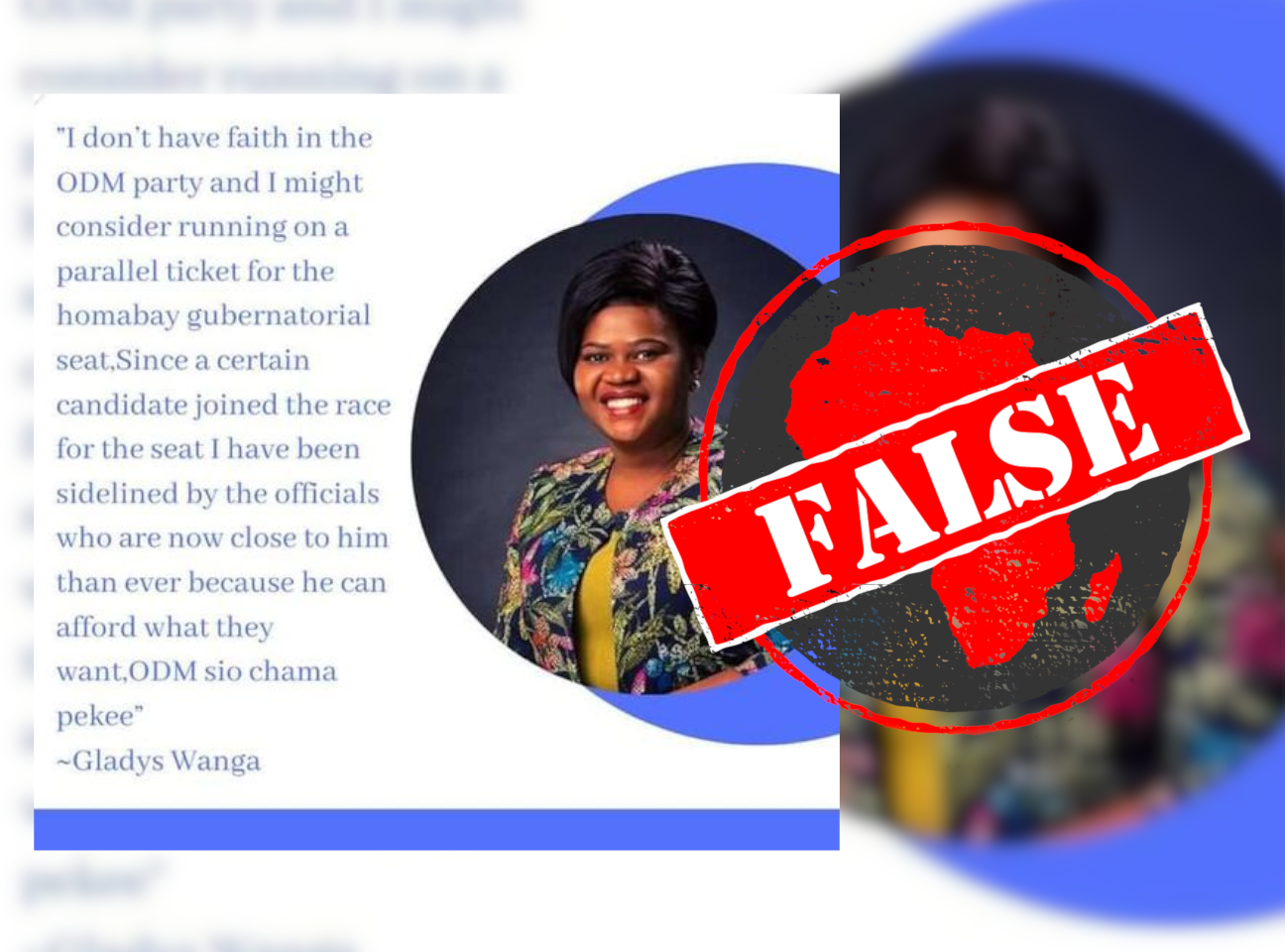