Azimio la Umoja is one of the two main coalitions of political parties ahead of Kenya’s August elections.

One version of the claim was posted on a Facebook group with more than 49,000 members. It reads: “Good News; Juliani appointed Director of Entertainment in Azimio Coalition.”

The claim can also be seen here, here and here. Data from CrowdTangle, Facebook’s public insights tool, shows that it has had at least 40,000 interactions this year.

Africa Check has previously debunked false claims about Juliani. But is this one accurate? 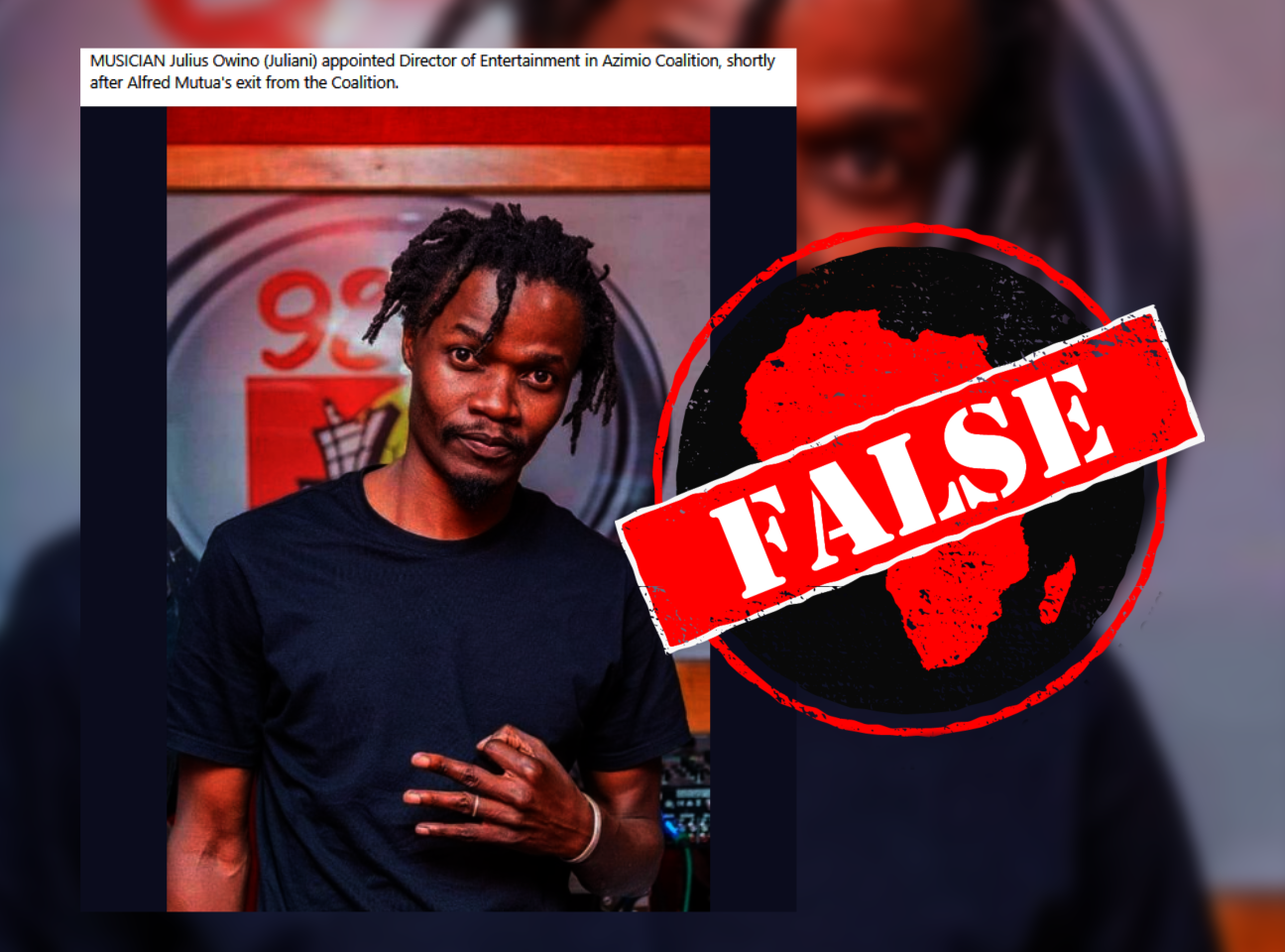 ‘I am not employed by any political party’

News of Juliani’s appointment would have been reported by the mainstream media but there’s no noticeable mention of it online.

And in May, he posted a statement on his verified Facebook page dismissing the claim as false.

“It has been brought to my attention that there is information circulating online about my appointment as Director of Entertainment in the Azimio – OKA Coalition,” the statement reads.

“I would like to clarify that this has not been communicated to me formally or otherwise. Therefore, I would like to confirm that I am not employed or affiliated with any political party in Kenya or beyond."