The graphic, with the logo of Kenya’s People Daily newspaper logo, reads: “I have weighed the unfolding merger debate and I can tell you that unless our teams form a strong coalition, we are heading nowhere. Elections in Kenya are won by coalitions, and 2022 will not be any different. Don't underestimate a Jubilee/ODM alliance, we have been around long enough to decipher these game plans.”

Murkomen is a close ally of deputy president William Ruto. He has been active in promoting the United Democratic Alliance, a party closely associated with Ruto. It became an alternative party for Ruto’s supporters after the ruling Jubilee Party purged his allies.

The comment came at a time when the ruling party confirmed it was working on an alliance with the Orange Democratic Movement, a party led by Raila Odinga. Odinga and president Uhuru Kenyatta reached a political truce in what came to be known as the “handshake”. But the deal irked Ruto and his supporters.

But is the quote by one of Ruto’s strongest allies? We checked. 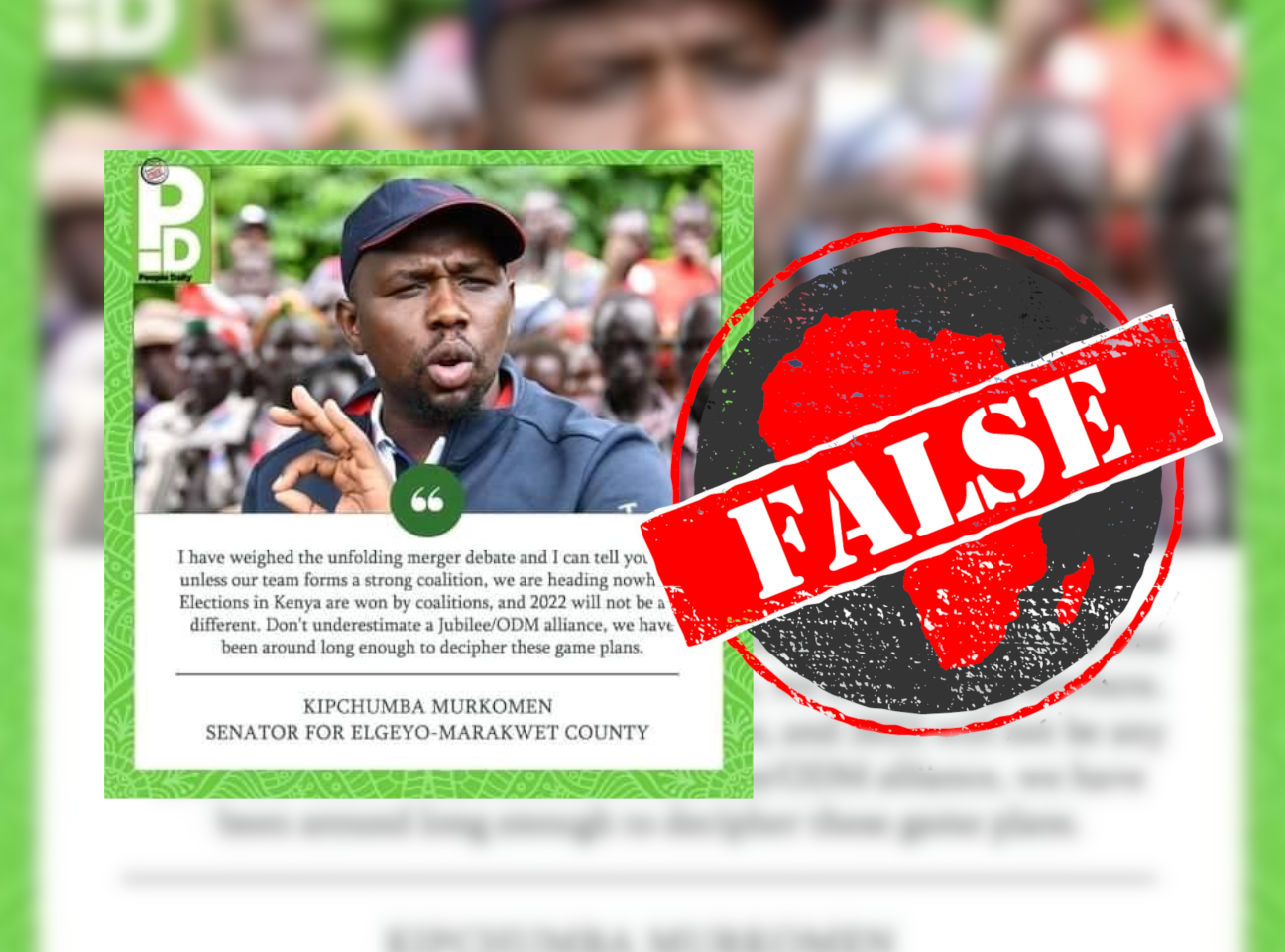 No trace of card on People Daily social media pages

As the graphic carries the People Daily newspaper logo, we searched for it on their Facebook and Twitter social media pages. We came out empty.

Instead, we came across a disclaimer by the newspaper that the card was fabricated. It has been stamped fake.

“FAKE NEWS ALERT: We would like to state that the image below making rounds is fake,” the newspaper posted on Facebook.