In a screenshot of what appears to be a Facebook post by Philip Etale, communications director of Kenya’s opposition Orange Democratic Movement, he seems to insult Kirinyaga county governor Anne Waiguru for defecting from the ruling Jubilee Party to the United Democratic Alliance party.

It reads: “After we have sacrificed to sanitize and save you from being impeached you now join UDA? Kweli asante ya Punda ni mateke. Shenzi saana!!”

“Kweli asante ya punda ni mateke” is Kiswahili for “Clearly, the gratitude shown by a donkey is its kicks,” a Kiswahili proverb. “Shenzi sana” is an insult whose closest translation in this context is “very idiotic”.

The screenshot was posted on 26 October 2021, the day Waiguru joined the UDA. It includes a photo of Waiguru shaking hands with deputy president William Ruto, who welcomed her to the UDA.

Data from CrowdTangle, Meta’s public insights tool, shows that it has been shared hundreds of times.

But did Etale really insult Waiguru for shifting camp? We checked. 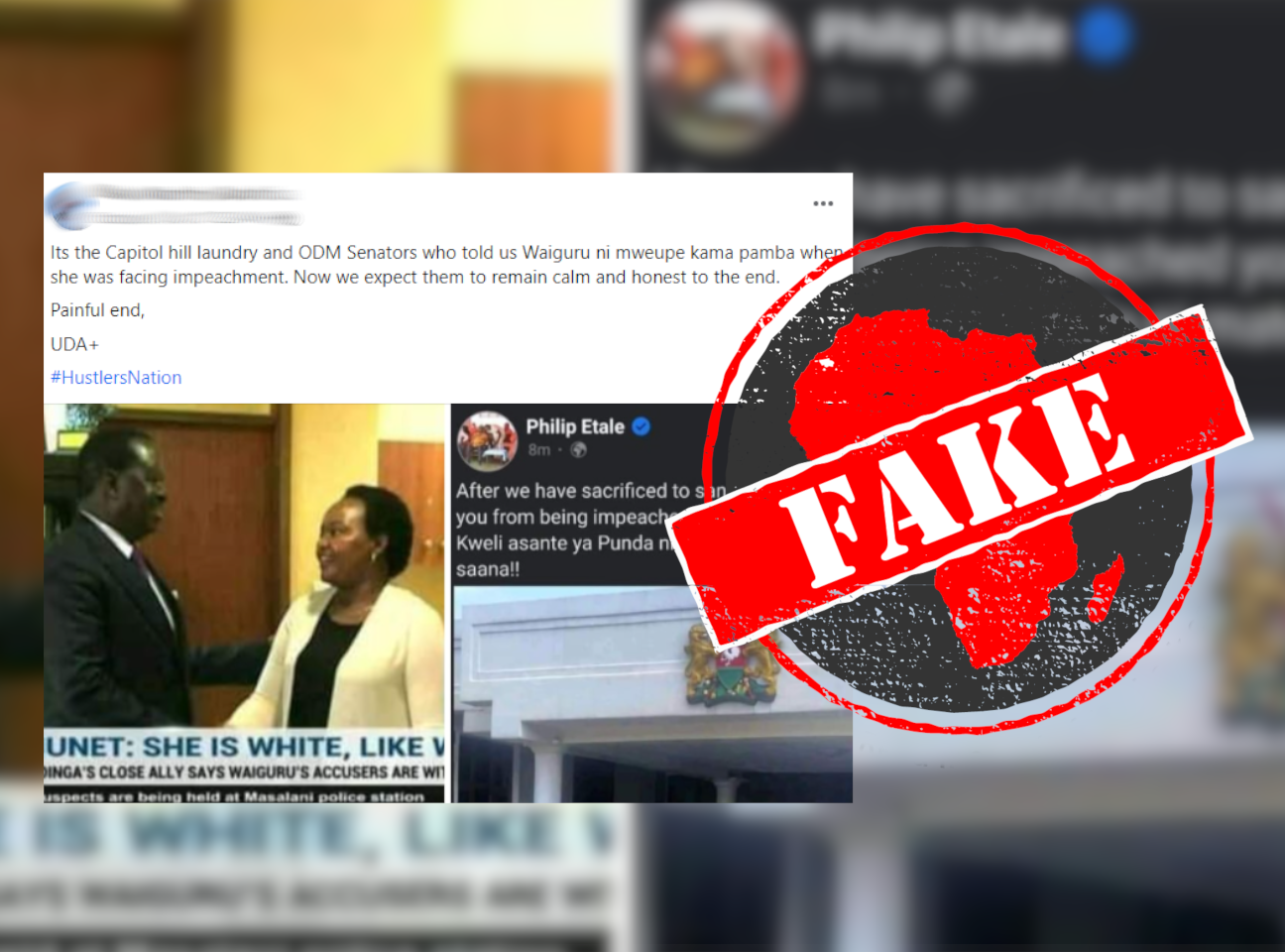 On 26 October, Etale posted the screenshot on his Facebook page – stamped “fake”.

“I always know what to post and what not to post,” his message reads. “Even in dreamland, I can NOT post such nonsense. Desperados out there; be smarter.”