“Polycarp Igathe writes to IEBC withdrawing from Nairobi gubernatorial race, says it's needless to embarrass himself on the ballot; urges his supporters to vote for whoever they want,” reads a “breaking news” graphic doing the rounds on Facebook in Kenya.

The graphic, which has been circulating on Facebook since early August 2022, bears the logo of NTV Kenya, a popular TV channel.

Businessperson Polycarp Igathe is running for governor of Nairobi county under the Jubilee Party ticket in Kenya’s 9 August elections. The party is part of the Azimio la Umoja One Kenya coalition, headed by Orange Democratic Movement leader Raila Odinga.

He will face the current Nairobi senator Johnson Sakaja of the United Democratic Alliance, or UDA. The UDA is part of the Kenya Kwanza coalition headed by William Ruto – Odinga’s main rival for the presidency. 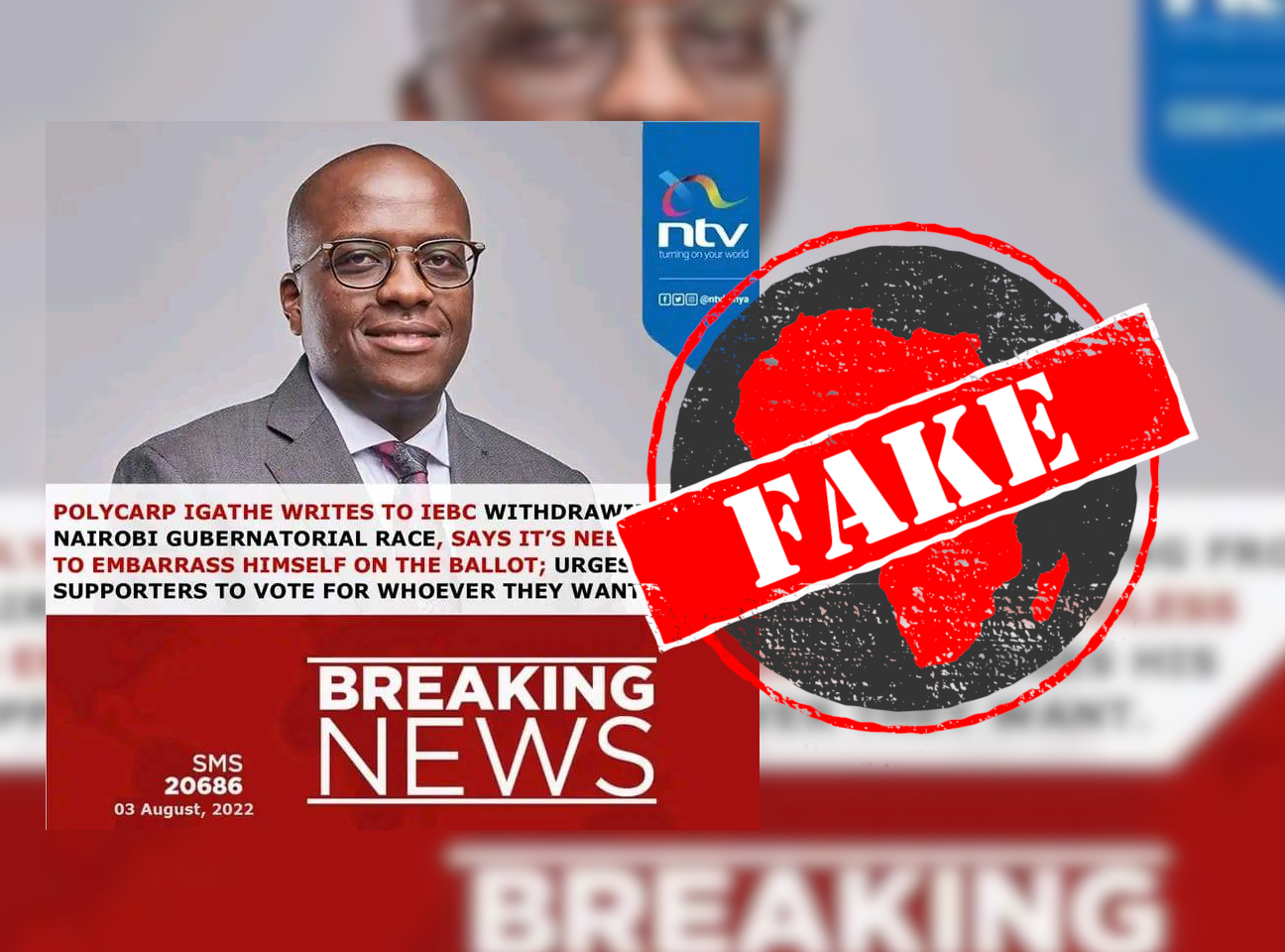 NTV Kenya usually posts its graphics on its social media pages, which includes the channel’s verified Facebook and Twitter pages.

We looked for the graphic in the social media pages and found it – stamped “fake”.

“FAKE NEWS ALERT: The image circulating online, of an alleged Breaking News update on Polycarp Igathe, purportedly from NTV, is not from us. Stand advised,” the TV channel cautioned its audience.

Mainstream Kenyan media houses have been the target of disinformation related to the election, and which also risks hurting the ability of voters to make informed decisions.