Igathe, a Kenyan businessman and politician, has previously served in senior positions, including at Vivo Energy Kenya and Equity Bank Kenya. He was also Nairobi county’s deputy governor before resigning in 2018.

On 22 April, Orange Democratic Movement party leader Raila Odinga announced that Igathe would be running for the Nairobi governor’s seat under the Azimio la Umoja One Kenya coalition ticket. Kenya is set to hold general elections on 9 August.

President Uhuru Kenyatta’s ruling Jubilee Party is among the parties in the coalition.

Odinga heads the coalition and is running for president. His main rival is current deputy president William Ruto, who leads the Kenya Kwanza alliance.

The graphic has also been posted here, here, here and here. But is it authentic? We checked. 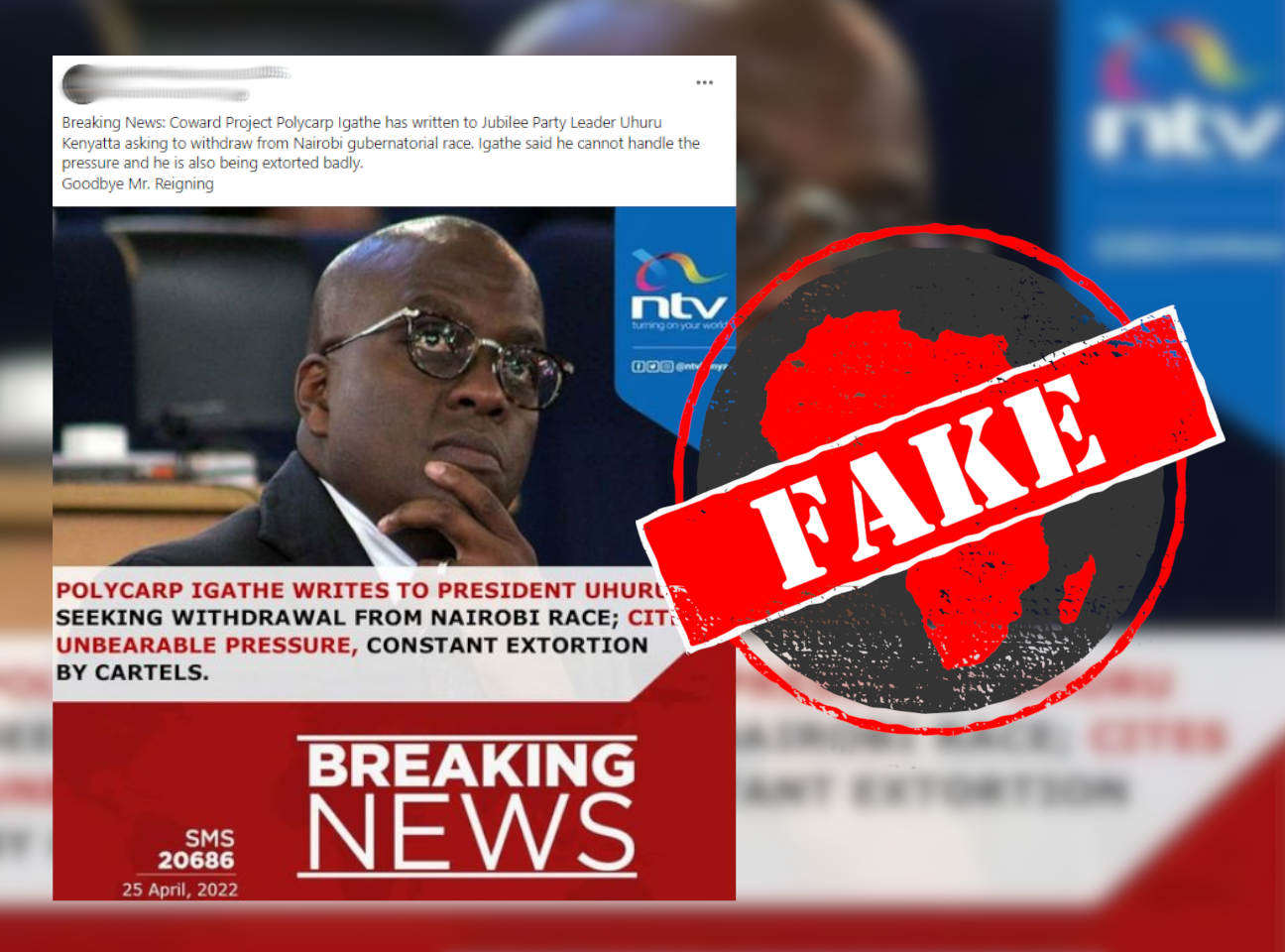 We looked for the graphic on the Facebook page and found it – stamped “fake”.

“FAKE NEWS ALERT: The image circulating online, of an alleged Breaking News update on Polycarp Igathe, purportedly from NTV, is not from us. Stand advised,” the TV channel posted.