“Raila finally concede defeat,” reads the caption to a video circulating on Facebook.

In the 30-second clip, Raila Odinga, one of four presidential candidates in Kenya’s August 2022 general elections, is heard saying: “I wish the president-elect honourable William Ruto and his team well.”

Odinga has rejected the result and is challenging it in court. The supreme court will hear his petition this week. Its ruling is due on 5 September.

But did Odinga really concede to Ruto? 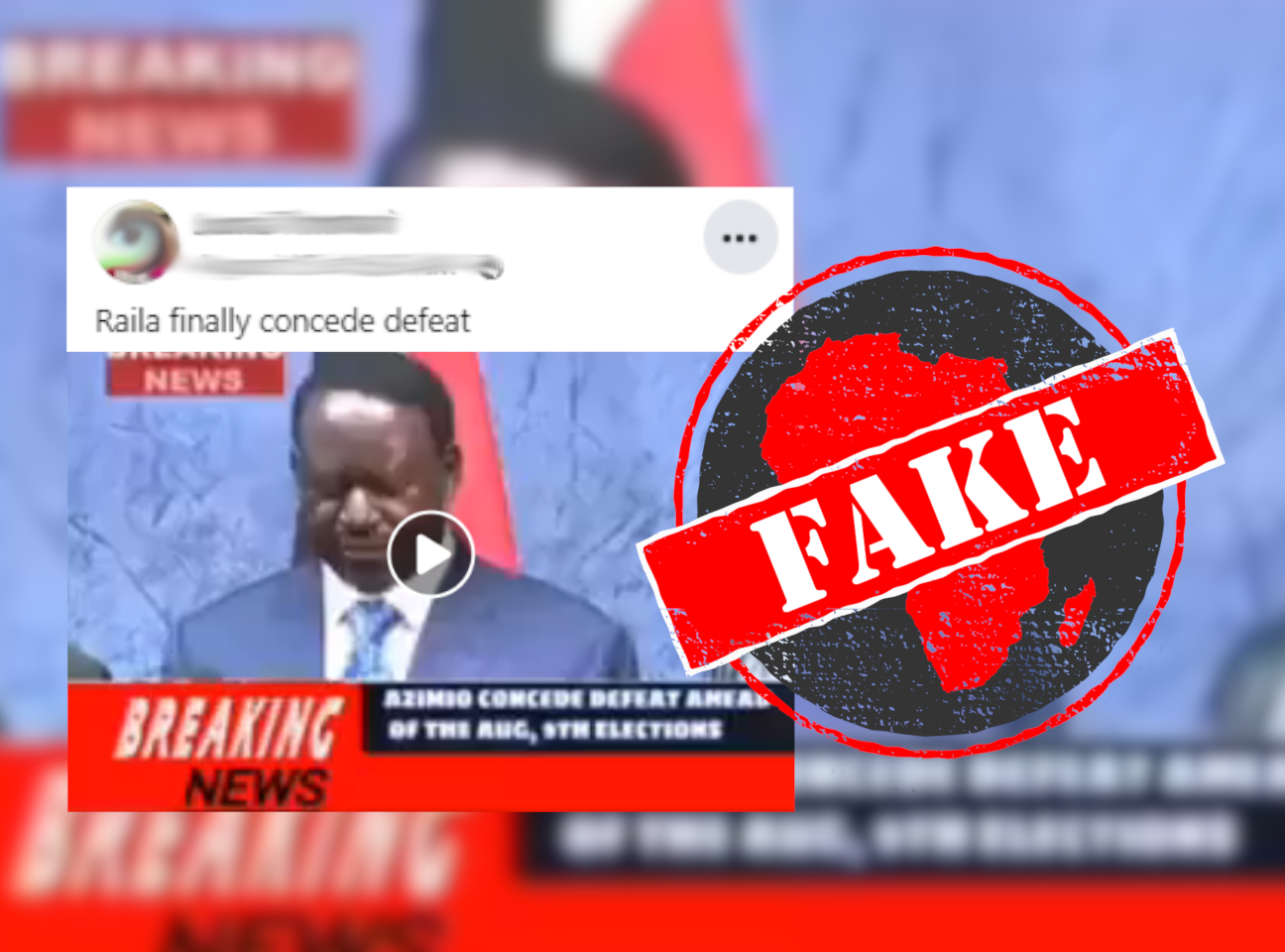 Clip from 2013 video of concession speech

We searched the keywords “Raila Odinga concedes defeat” on YouTube. From the results we found the original source of the clip.

It is from a video posted on the YouTube channel of Kenyan radio station Capital FM Kenya on 30 March 2013. In the longer video, Odinga is seen addressing the press moments after the supreme court delivered an unanimous decision to uphold Uhuru Kenyatta’s win in the 2013 general election.

Odinga also ran for president that year, with veteran politician Kalonzo Musyoka as his running mate.

In the longer video Odinga says: “I wish the president-elect honourable Uhuru Kenyatta and his team well.”

The clip now doing the rounds has been edited to replace “Uhuru Kenyatta” with “William Ruto”, making it appear that the speech is from 2022.

Odinga has not conceded, and the clip is fake.