IN SHORT: Kenya’s supreme court has emphasised that their ruling on a challenge to the 9 August 2022 presidential vote was unanimous among the seven judges. Justice Njoki Ndung’u hasn’t disowned this on Twitter.

A screenshot of what seems to be a tweet by Kenyan supreme court judge Njoki Ndung’u has been posted on Facebook.

The tweet makes a serious claim – that the head of the court, chief justice Martha Koome was “compromised” during a petition challenging the outcome of the recent presidential election.

Kenyans voted in general elections on 9 August 2022. The country’s electoral body six days later declared United Democratic Alliance candidate William Ruto the winner of the presidential vote. This was challenged in court by Raila Odinga, the candidate for the Azimio la Umoja coalition, who came a close second.

On 5 September, the supreme court upheld Ruto’s victory. It released detailed reasons for the decision on 26 September. The full judgement can be read here.

The tweet circulating on social media, supposedly from justice Ndung’u and dated 26 September, reads: “Truth be said, 5/7 were for the Re-run, but the @CJMarthaKoome was compromised. What is the detailed judgment for? Please IGNORE.”

It casts aspersions on Koome’s integrity, suggesting that a majority of the judges had called for a re-run of the presidential vote but were overruled by their boss.

In both the verdict and final judgement, the seven-judge supreme court stressed the decision was unanimous.

The screenshot has also been posted here, here and here. But did justice Ndung’u really tweet it? 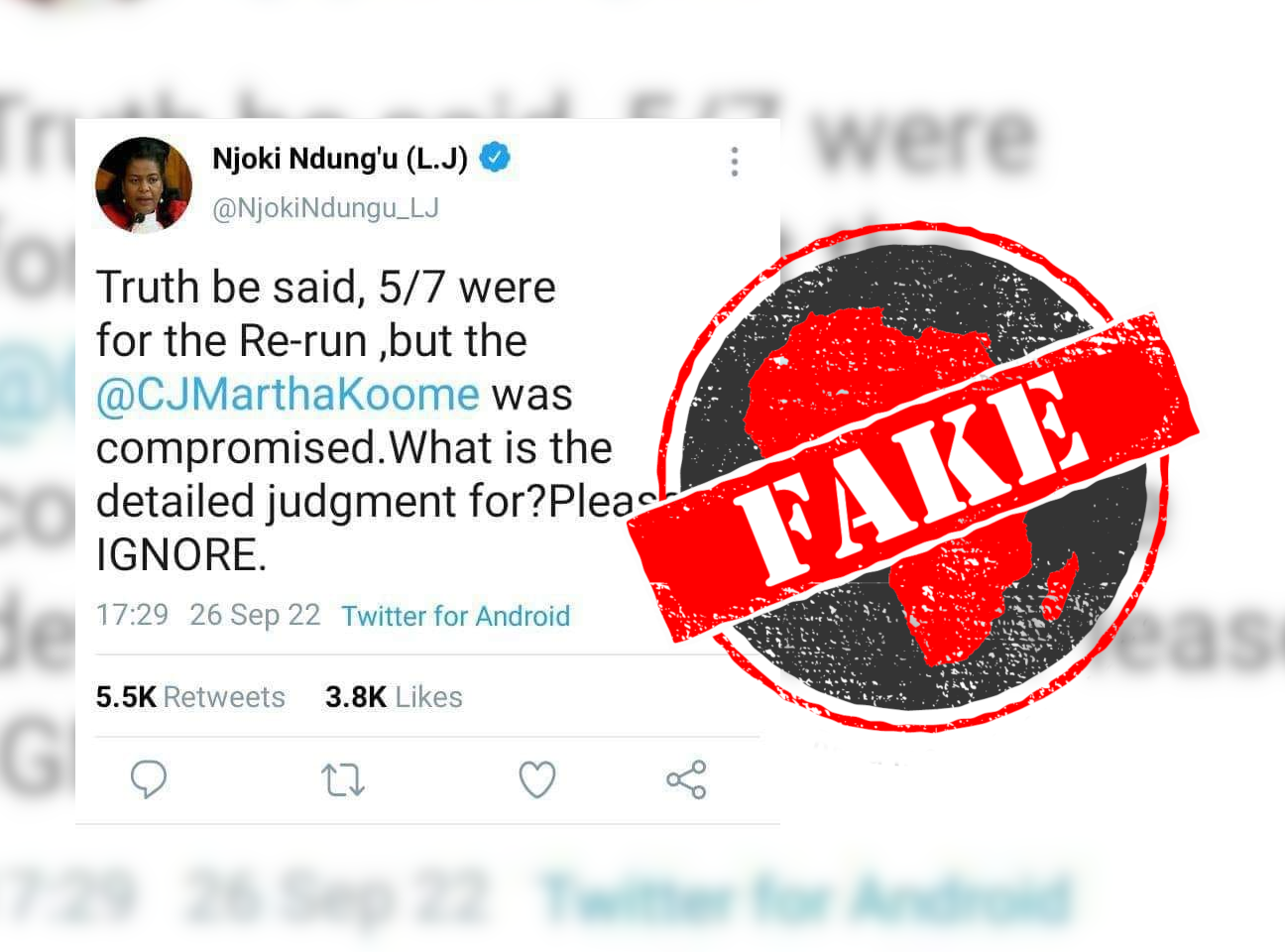 News of a split among the seven judges of the supreme court would be reported by the mainstream Kenyan media. However, we found no record of this. In 2017, when the court annulled the presidential vote, reporting highlighted a 4-2 decision.

Also missing from the tweet in the screenshot is the full stop that normally appears on Twitter after the time stamp.

Through its official verified Twitter account Kenya’s judiciary posted the screenshot and stamped it “FAKE NEWS”. Judge Ndung’u retweeted this on 27 September.