In mid-February 2021, a number of Kenyan politicians led by deputy president William Ruto announced they were unsubscribing from an SMS news alert service.

Ruto just tweeted the unsubscribe text message –  “Dear Subscriber, you have successfully unsubscribed from 21411_News_Breaking_News/5sms”. But senator Kipchumba Murkomen compared the alert service to “Joseph Goebbels’ notepad” and called it “the state’s most vicious propaganda tool”.

Goebbels was the Nazi minister for propaganda in Germany’s Third Reich under Adolf Hitler.

In an immediate backlash, Ruto and company were criticised for being anti-Kikuyu. A graphic widely shared on Facebook and WhatsApp appears to have been published by news organisation Nation Africa and includes a quote attributed to businessman Chris Kirubi.

It reads: "By inciting his tribe and followers against 411 News alert owned by Chris Kirubi's Capital FM and Citizen Tv owned by Macharia, DP Ruto is coming out as a man who doesn't mean well for Kikuyu owned businesses. This perhaps evidences what lies in store for the community should he ascend to power."

Just a day after it first appeared online, Africa Check had counted at least 15 Facebook posts, all captioned differently, indicating the quote came from the businessman.

But was the graphic published by Nation Africa and is the Kirubi quote in it genuine? We checked. 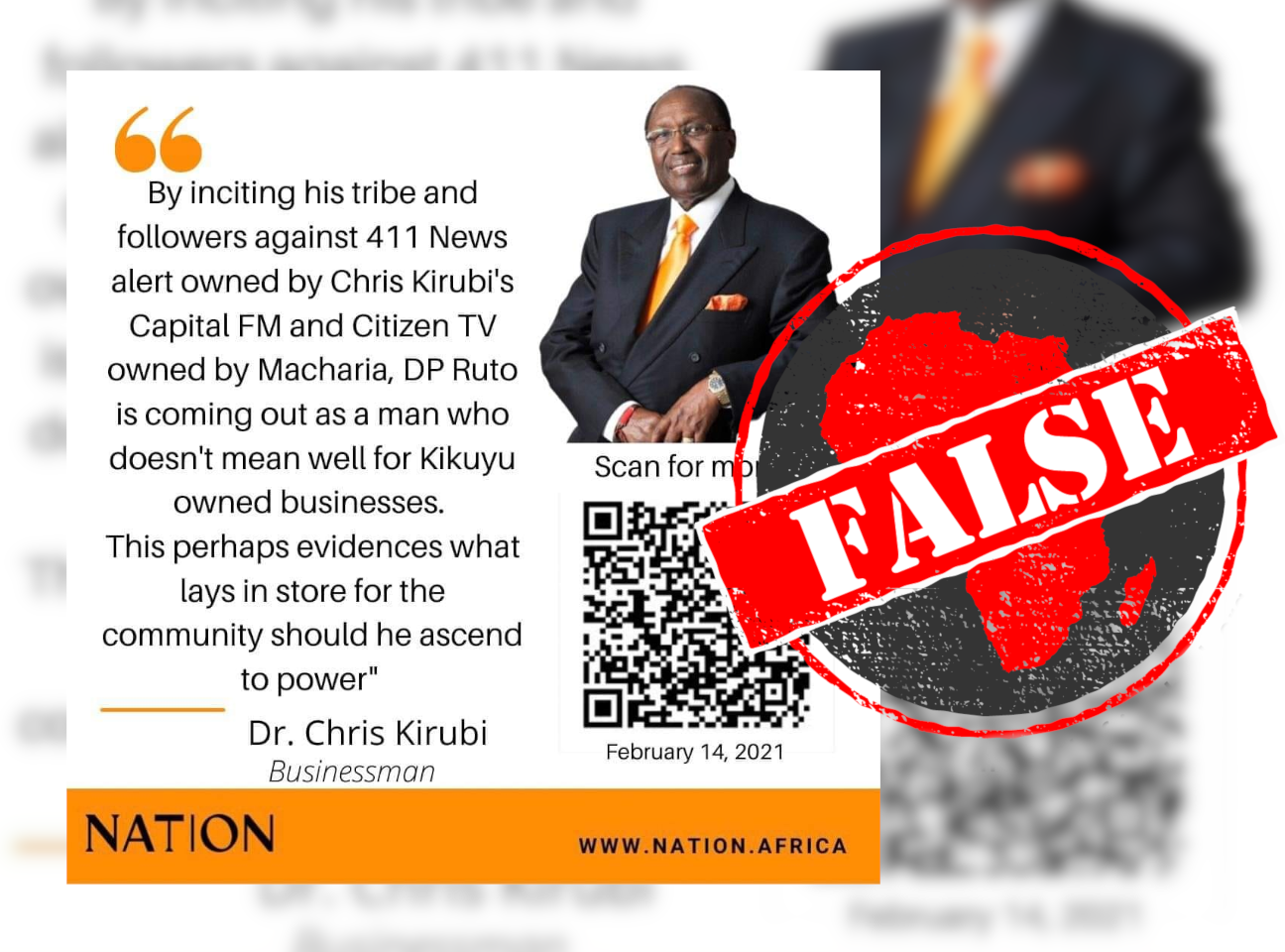 Nation Africa quickly said the graphic was “fake” and cautioned its readers against falling for it.

Kirubi also denied making such a statement and asked the public to “ignore this fake news circulating online”.

“I would like to warn the public to ignore this fake news circulating online. I have not issued any statement or directive to such matter. Do not fall for fake news,” Kirubi tweeted.

He also referred users to his 411 news service “for authentic breaking news”.