A graphic circulating on Facebook in May 2022 quotes politician Wavinya Ndeti, candidate for the Machakos county governorship in Kenya’s August elections, as accusing her Wiper party leader Kalonzo Musyoka of making “costly” mistakes.

“We respect kalonzo Musyoka but he has made our campaigns costly,We will be forced to rebrand our campaign materials,” the poorly written quote reads.

“Personally,I had erected billboard with azimio and Raila portrait in all major towns in Machakos County, I too had printed caps,tshirts and posters bearing the same,We are in a fix.”

The graphic shows a photo of Ndeti, and includes the old logo of the TV channel KTN News Kenya.

The Wiper party was a member of the Azimio la Umoja One Kenya election coalition. The coalition is headed by Raila Odinga, a frontrunner for the presidency and leader of the opposition Orange Democratic Movement.

Wiper leader Musyoka had pledged to support Odinga’s presidential ambitions, but has also been widely seen as indecisive and not fully committed. He threatened to quit the coalition if he was not named Odinga’s running mate.

On 16 May, the final day for presidential candidates to submit the names of their running mates to Kenya’s electoral commission, Odinga named Narc Kenya leader Martha Karua as his running mate.

Musyoka then announced he was quitting Azimio. He said he would be vying for the presidency himself, with Andrew Sunkuli as his running mate.

This has thrown his agreement with the coalition into uncertainty. There is confusion about how the Wiper party will now package their campaign messages.

But did Ndeti really say this, and did KTN News Kenya quote her? We checked. 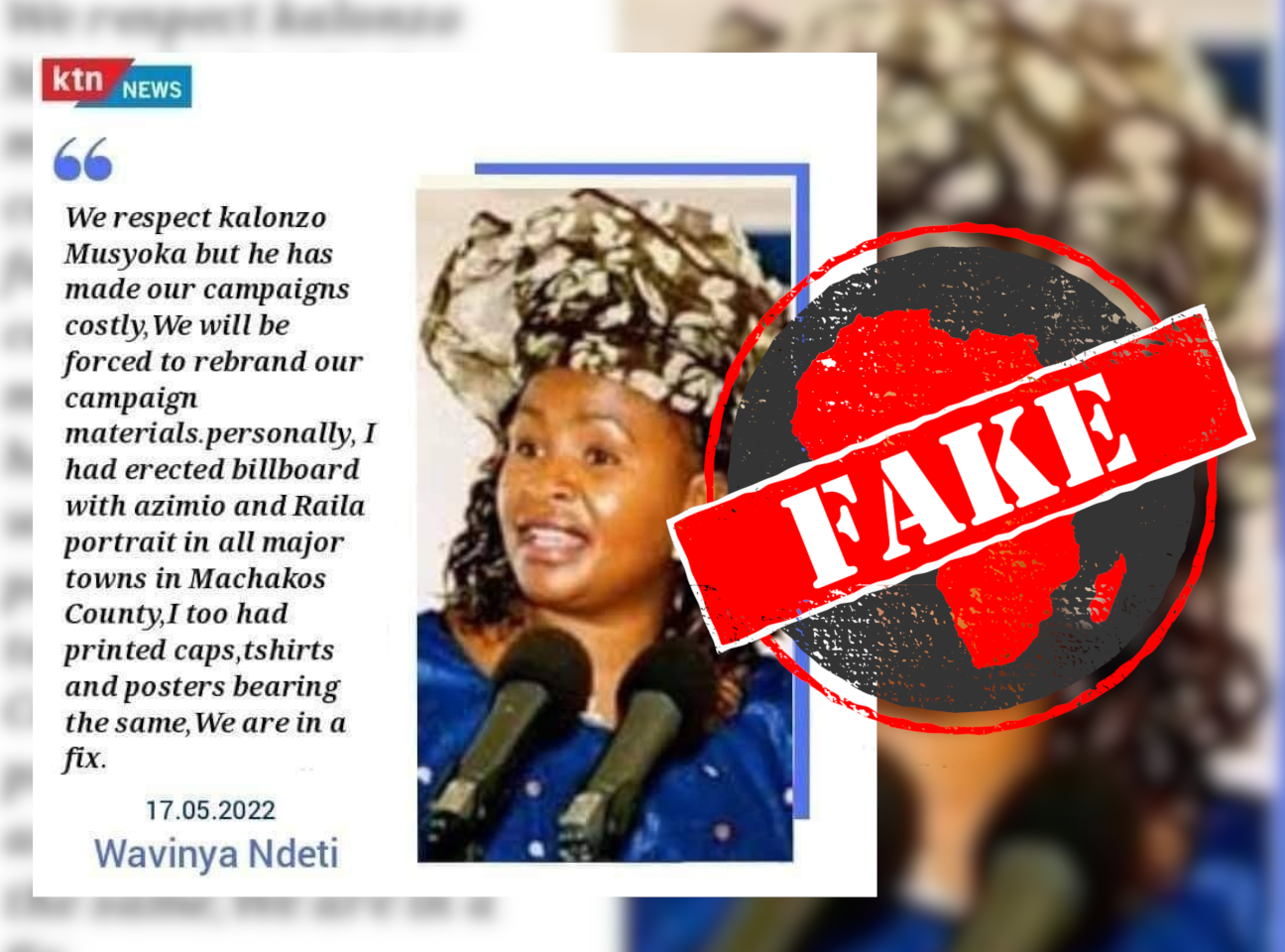 The quote’s poor punctuation and random use of capitals clearly shows that it could not have been produced by a major media outlet.

And on 18 May, KTN News Kenya posted the graphic on Facebook, labelled as fake.

“FAKE NEWS ALERT,” the post reads. “This is NOT a genuine post from KTN News. Be cautious NOT to fall for political propaganda and deep fakes during this electioneering season. For GENUINE news updates VERIFY from our accounts @StandardKenya and @KTNNewsKE.”