“It would not be in order for UDA to produce both the presidential candidate and the running mate. Kenya Kwanza is a coalition of equals and the interest of all parties involved must be considered in decision making,” it reads.

The graphic shows a photo of Wetang’ula, and carries the logo and branding of local news site Kenyans.co.ke.

The UDA is the United Democratic Alliance. The party is a member of the Kenya Kwanza – “Kenya first” – coalition, led by deputy president William Ruto. Wetang’ula is the leader of the Forum for the Restoration of Democracy - Kenya (Ford-Kenya) party.

Ruto is running for president in the 9 August elections on the UDA ticket. Kenya Kwanza has had a political headache over the choice of his running mate.

But did Wetang’ula really complain about both the presidential candidate and his running mate being from the UDA? We checked. 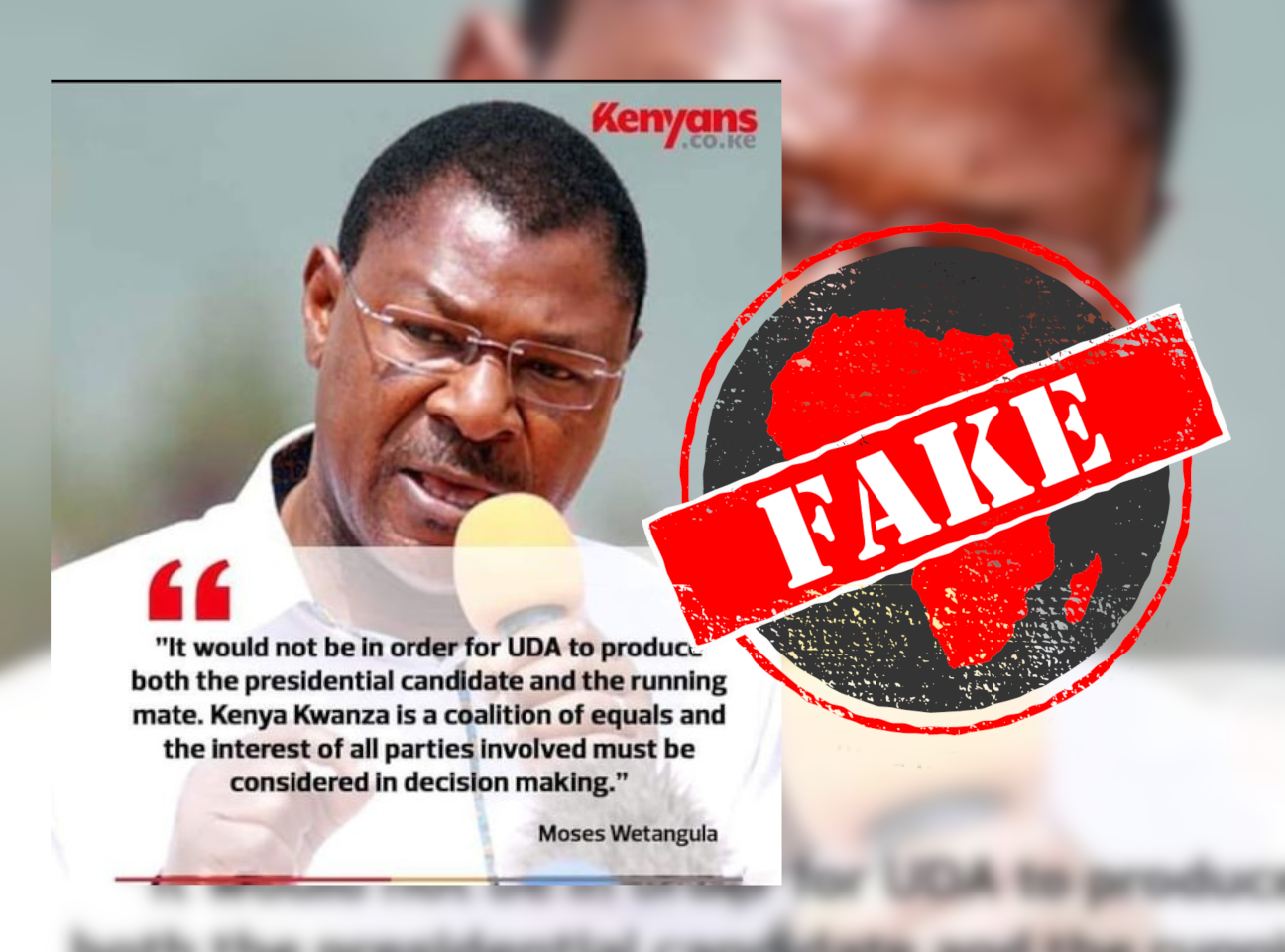 ‘That’s not from us’

Such a statement would be widely reported in Kenya, but we found no news coverage of the quote.

“That's not from us. All our quoteboxes are shared on our verified Twitter and Facebook pages,” Robert Ndung’u, the managing director of Kenyans.co.ke, told Africa Check.

On 1 March Ford-Kenya party posted the graphic – stamped “FAKE” – on its Facebook page.