“If you have been arrested because of corruption, don't make your arrest look like a hustler nation’s problem. You stole alone. Carry your own cross,” reads text on a graphic posted on Facebook. The quote is attributed to Moses Kuria, a Kenyan legislator.

The graphic shows a photo of Kuria, and carries the logo of Kenyans.co.ke, a digital news outlet.

“Thank you MK for making it clear,” commented the user who posted the graphic on a public Facebook group page with more than 56,000 members.

Kuria is a member of parliament for the Gatundu south constituency in Kiambu county.

The graphic appeared after Rigathi Gachagua, an MP for the Mathira constituency in Nyeri county, was arrested for alleged corruption. He was later granted bail.

Kuria and Gachagua are known to be supporters of deputy president William Ruto and his movement. Both have been vocal in promoting the United Democratic Alliance, a new political party associated with Ruto.

But did Kenyans.co.ke really quote Kuria as saying this? We checked. 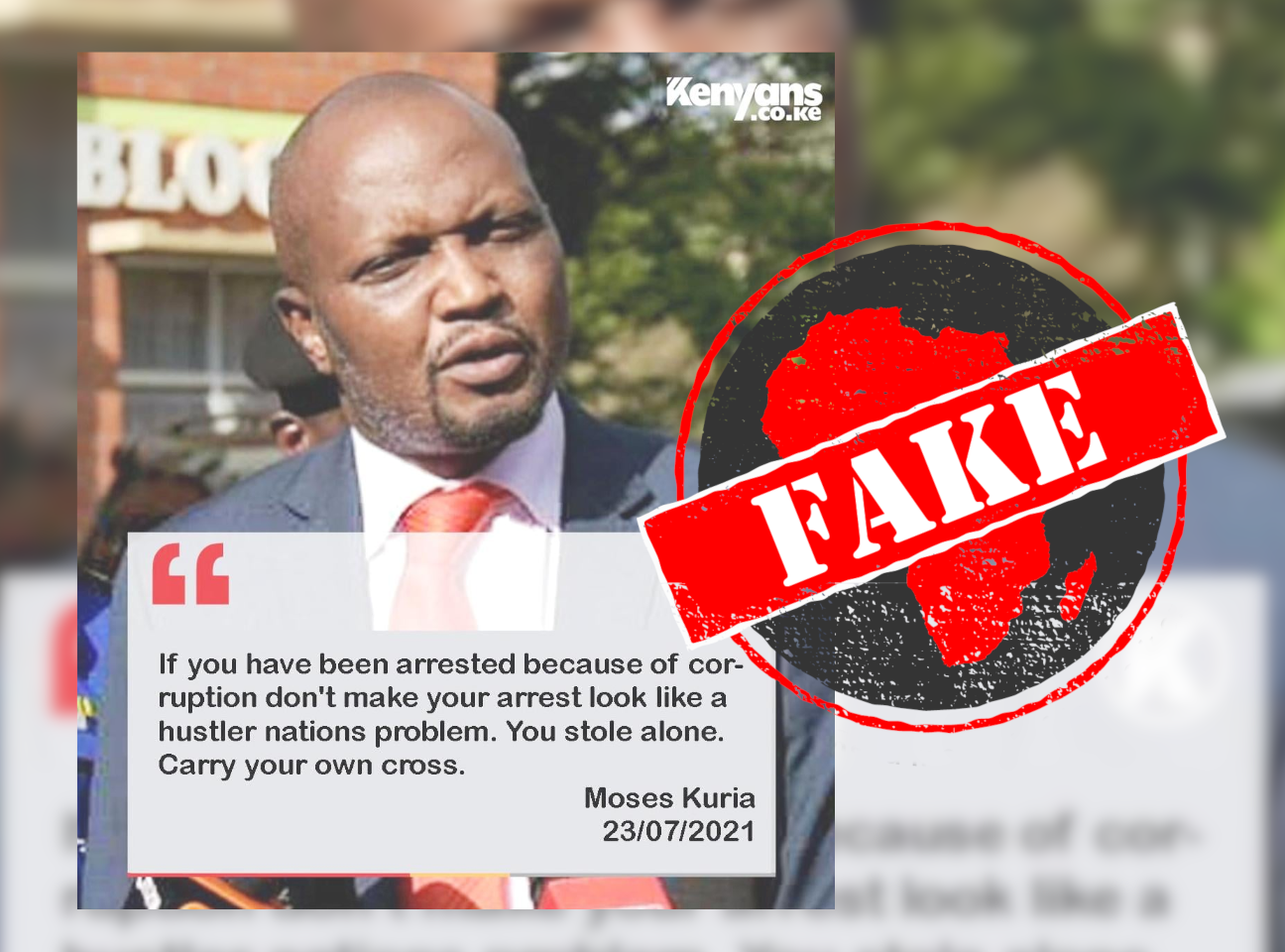 Such a betrayal of Gachagua by Kuria would have been big news, widely reported by Kenyan media. But there’s no coverage of it. And the quote does not appear on the Facebook and Twitter accounts of Kenyans.co.ke.

But the outlet has posted the graphic – stamped “FAKE” – on its Facebook page.