A graphic circulating online quotes archbishop Jackson Ole Sapit, head of the Anglican Church of Kenya, as casting doubt on whether presidential candidate Raila Odinga was ever baptised into the church.

“We do not have any records in our Church showing that Raila Amollo Odinga was a member of our Maseno Diocese and was baptised as he claimed,” it reads. “We urge him to come forward and show us his baptismal card so that we can ensure it is with our records.”

The graphic shows a photo of Ole Sapit and the logo of NewsNow.co.ke, an obscure blog.

Kenya is set to hold elections tomorrow, on 9 August. Odinga, a former prime minister, is one of the two leaders in the race for the presidency. His main rival is current deputy president William Ruto.

The graphic appeared online a few days after Odinga was falsely quoted as saying: “I was baptised at the Anglican church in Maseno, those spreading news that I want to fight Christianity should stop because it is satan’s propaganda.”

Maseno is in the western Kenya city of Kisumu. It’s an Odinga stronghold.

In July, Odinga was reported to have said that there was a “colonial ideology that elevated Christianity above all other religions. My government will end that. Kenya is a secular society, and we will respect all religions.”

The remarks irked many Christians in Kenya, a country where the religion is in the majority. Odinga then clarified his statements.

But did archbishop Ole Sapit say that there was no record of Odinga being baptised into, or being a member of, the Maseno diocese? 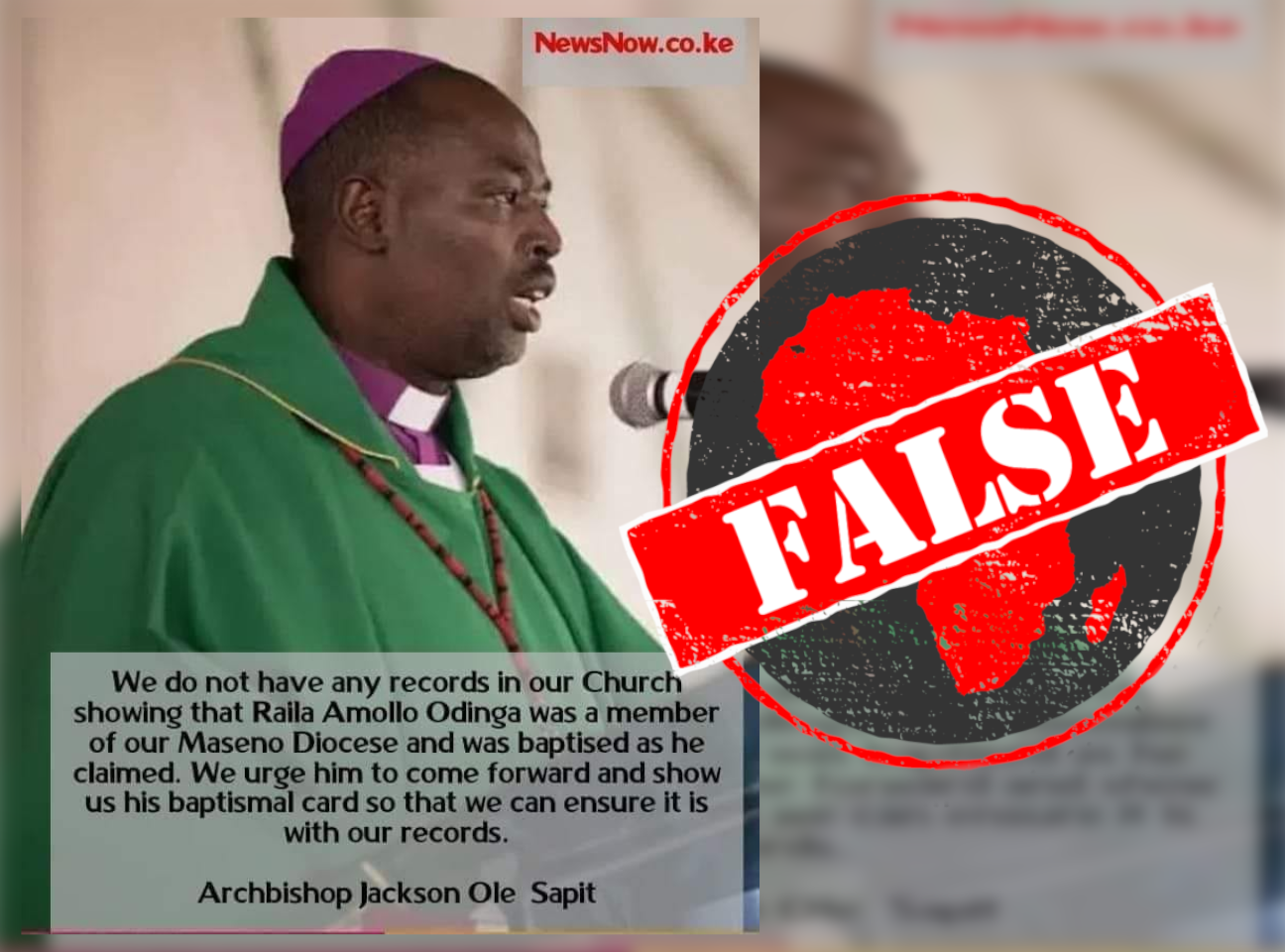 Archbishop ‘has made no such utterances’

On 4 August 2022, the official verified Facebook account of the archbishop posted the quote and stamped it “FAKE”.

“We wish to caution members of the public that the Archbishop has made no such utterances as purported in this poster,” wrote Ole Sapit.