Photos have been shared on Facebook with the claim they show the new packaging of Arimi’s, a “milking jelly” used widely in Kenya as a skincare product.

The product was developed to be used when milking cows, but Kenyans use it on their skin, claiming it improves the complexion.

The photos are captioned: “The Old Vs New Arimis jelly.” But has the agricultural-turned-skincare product rebranded like this? 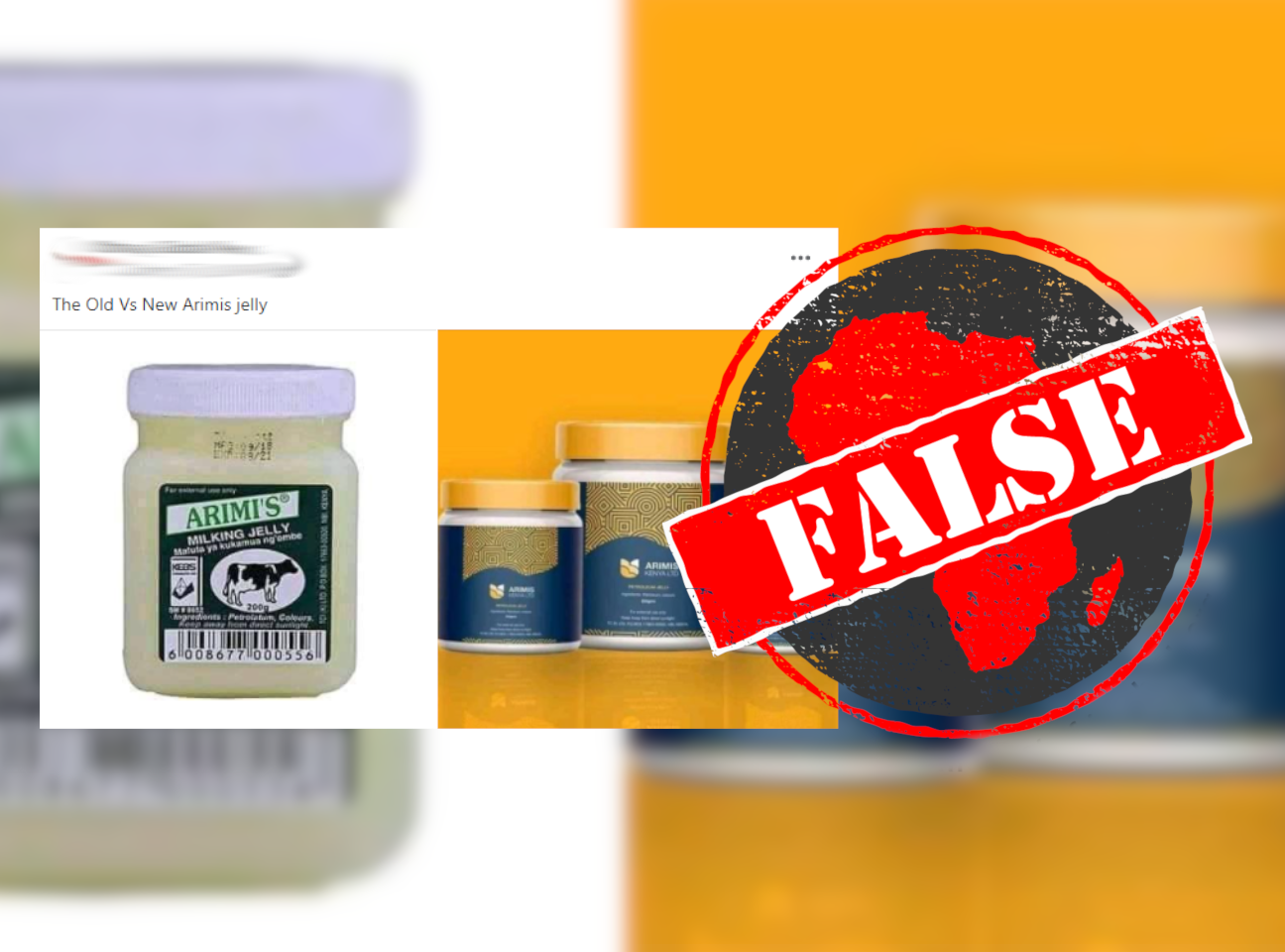 The rumours began circulating after someone describing themselves as a visual designer on Twitter shared illustrations of a new design for the product. But she made clear it wasn’t an official change for the brand.

Nanzia Kihari, whose Twitter handle is @thetriggahappy1”, tweeted that she “decided to rebranded your favorite brand as a slightly premium product. This is a passion project, I hope you like it”.

Despite the media reporting that the design was merely a suggestion for a redesign and not official, Kenyans reacted as though the brand would become unrecognisable.

Even Arimi’s Kenya took to social media to dismiss the rumours of a rebranding. They wrote on Facebook: “We strongly hold on our usual brand.”