IN SHORT: Kenyan opposition leader Raila Odinga is respected for his contribution to democracy. A major TV station would be unlikely to dismiss him as a “Bondo resident” – and it didn’t. The screengrab of a broadcast has been altered.

A screengrab posted on Facebook appears to show a TV broadcast with Kenyan opposition leader Raila Odinga on the screen.

The screengrab has the logo of Citizen TV, Kenya’s most popular TV station, and the words “NIPASHE” on the bottom left side of the screen.

Odinga wears many hats. He headed the Azimio la Umoja One Kenya election coalition, and is also the assumed leader of the opposition.

He is renowned for his decades-long struggle to deepen democracy in Kenya.

Odinga is also the African Union high representative for infrastructure development in Africa.

Given his achievements, many people would not take kindly to a media house with wide reach identifying him only as a “resident of Bondo”.

But did Citizen TV really dismiss Odinga in this way? We checked. 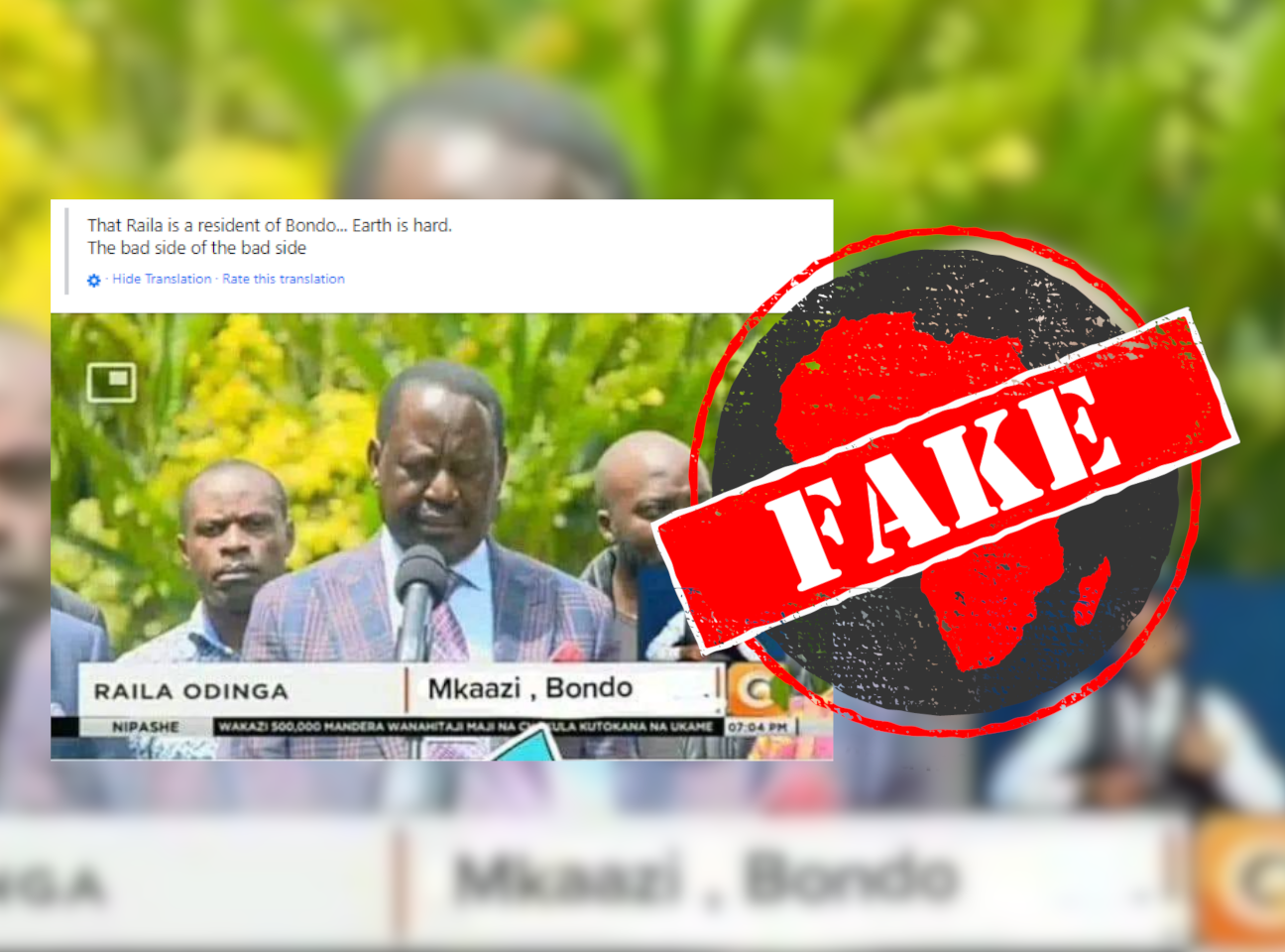 A Google reverse image search of the screengrab led us to the Citizen Nipashe news segment for 3 November 2022.

At about the 7:15 mark in the broadcast, a chyron under a video of Odinga appears.

The broadcast captured Odinga speaking at a press conference where he opposed Ruto’s proposal to maximise tax collection and raise individual Kenyans’ contributions to the National Social Security Fund.

Odinga said the increase would put an additional burden on Kenyans who are already struggling to afford basic goods.

The chyron has been altered.