“An apology letter to his H.E. Uhuru Kenyatta,” reads the subject line of what seems to be a two-page letter by Kenyan deputy president William Ruto, posted on a Kenyan Facebook group page on 5 April 2021. Kenyatta is Kenya’s president.

The letterhead reads “Office of the deputy president” and it is signed by “H.E. William Samoei Ruto EGS, EBS, deputy president of the Republic of Kenya”. The signature is similar to the one in a condolence message Ruto posted on Twitter on 18 March after the death of Tanzanian president John Magufuli.

In the letter, Ruto seemingly apologises to Kenyatta for his “mistakes” and says he is “seeking genuine forgiveness”. It has no date.

It was posted with the comment: “In other news former deputy president William Ruto has written a long apologizing letter to president Uhuru Kenyatta. Let me pour another cup of tea.”

But is the letter real? We checked. 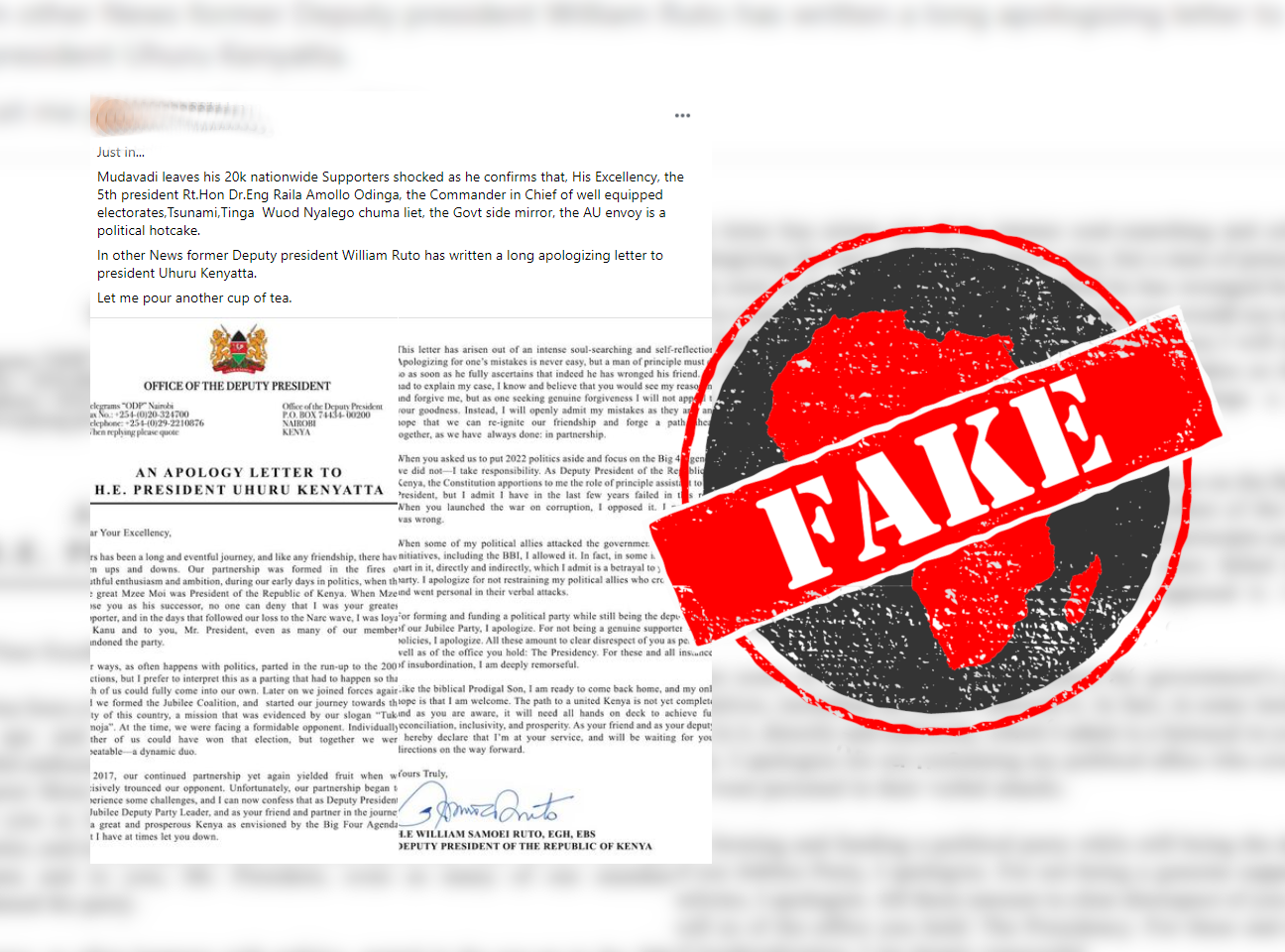 ‘We do not respond to fake news’

A sign that the letter may be fake is its spelling and grammar errors, such as “principle assistant” instead of “principal assistant”.

While the president and his deputy fell out and the news made headlines , it is unlikely that an authentic apology letter to the president would go unreported by credible news outlets.

Africa Check reached out to the deputy president’s spokesperson, David Mugonyi, who dismissed the letter.

“We do not respond to Fake news,” Mugonyi said in a short text message.

No, businessperson Wambui not on Kenya Revenue Authority board of directors