IN SHORT: Kenya’s electoral commission took to Twitter to dismiss the quote attributed to its chair, Wafula Chebukati, as “fake”. It also issued a statement that the nominations list would remain unchanged.

A quote attributed to Kenya’s Independent Electoral and Boundaries Commission (IEBC) chair Wafula Chebukati has been circulating on Facebook since 16 October 2022.

“The court has ordered that the existing Gazetted Nomination list be thrown out countrywide. The list didn’t satisfy the threshold, and the court has made it abundantly plain that it was riddled with irregularities,” it reads.

“We’re giving the Party leaders two days at most to come up with a new list that complies with both the law and the constitution.”

On 9 September, the electoral agency issued a gazette notice of people nominated by political parties to Kenya’s county assemblies after the August 2022 elections.

The list led to controversy, with allegations that politicians had replaced initial nominees with their friends and family. Others claimed the list violated constitutional requirements to include people living with disabilities.

But is the quote really by Chebukati? 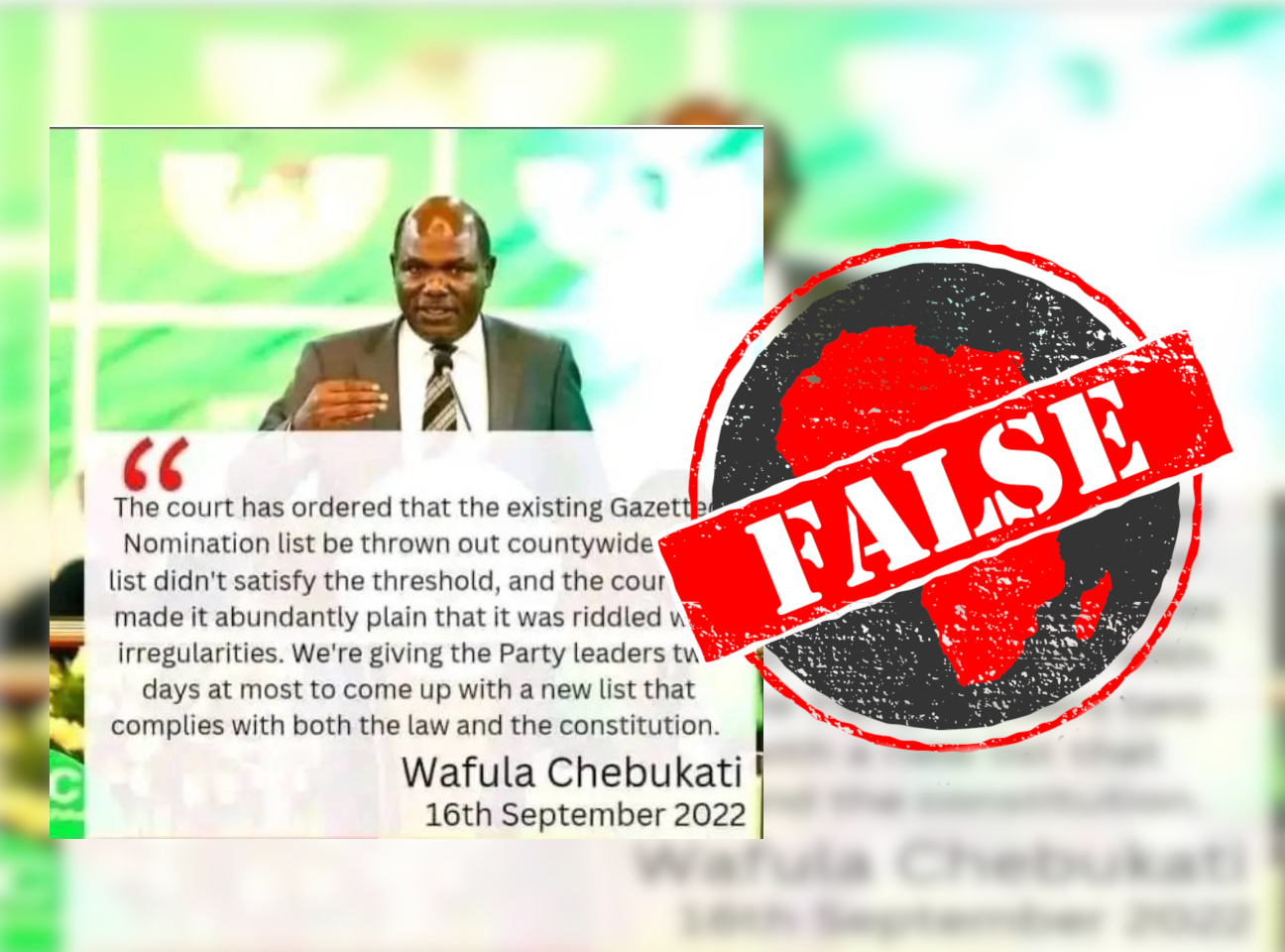 “Please note that this piece of information circulating on social and sections of mainstream media is FAKE. Kindly refer to the press statement attached,” the commission tweeted.

The statement says that on 27 July the IEBC “published the party lists as received from political parties both in electronic format, as uploaded by parties on the candidate registration management system (CRMS), and hardcopy printouts of the same”.

The party representatives were decided “on the basis of proportional representation”, the agency adds.

IEBC says the party lists will remain unaltered as of the date of the general election, 9 August, and throughout the terms served by the new parliament and county assemblies.