A post shared on Facebook claims Kenya’s exams council published a list of “top 200 schools nationally” when releasing the results of the 2020 form 4 exams. The results were released on 10 May 2021.

The Kenya Certificate of Secondary Education, or KCSE, exams are written at the end of high school. The results determine entry into tertiary education.

The list was shared in one public group with over 90,000 members, and also here and here.

In 2014, the Kenyan government banned the ranking of schools based on their performance in national exams, in an attempt to end exam irregularities.

Has the government revised this decision? 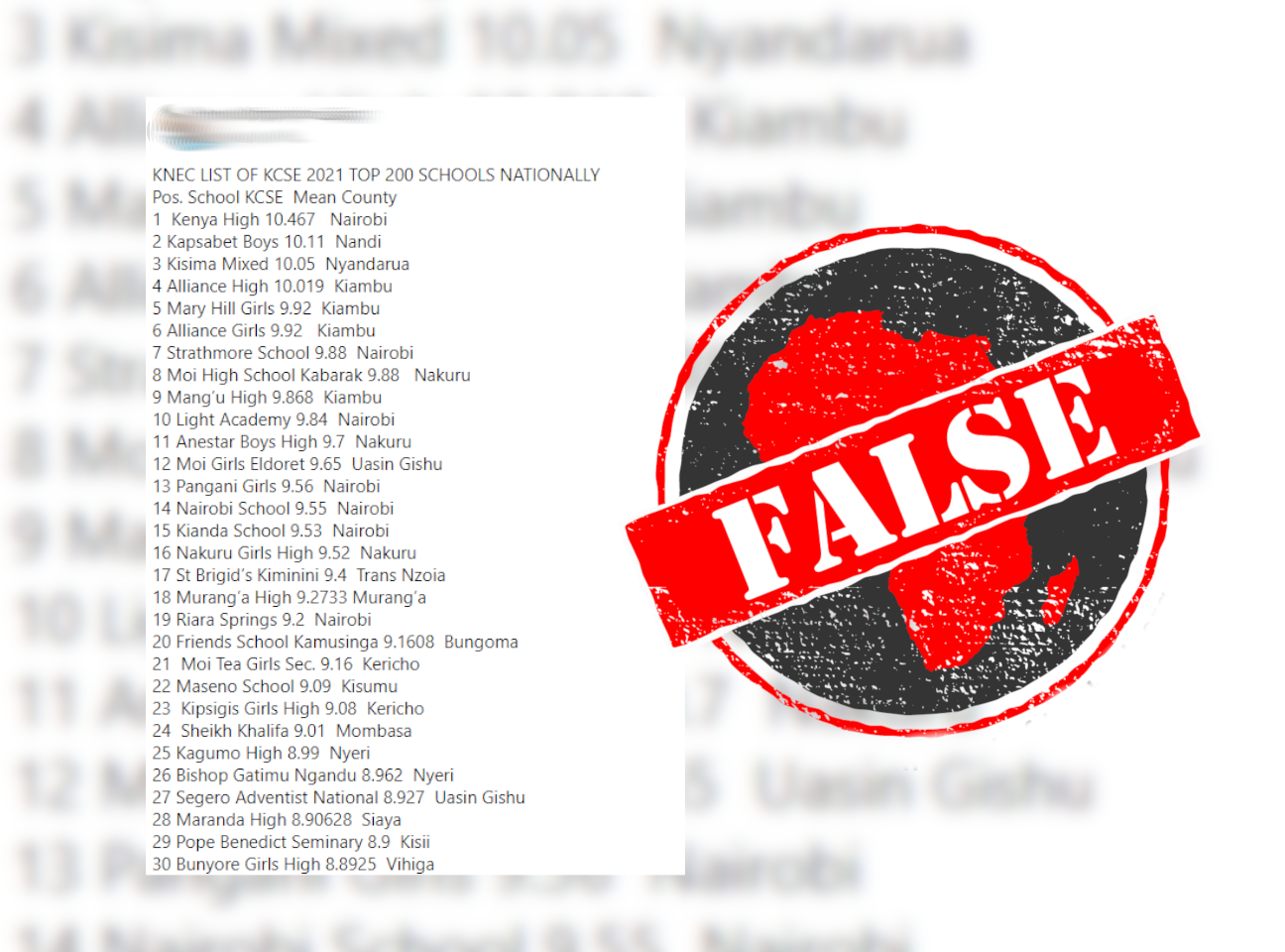 The exams council dismissed any lists ranking Kenyan schools according to their KCSE exam results as “fake”.

The council shared a screenshot of one list on Twitter and wrote: “The Council has not ranked schools in the results released today. All lists are therefore Fake.”