IN SHORT: Hundreds of thousands of young people in Kenya are employed on motorcycles. This is why an alleged giveaway of motorcycles by a legislator, as claimed in a Facebook post, would have drawn interest. But the account is an impersonation.

A politician is handing out hundreds of motorcycles to the youth in Isiolo county in upper eastern Kenya.

At least that’s the claim in a September 2022 Facebook post, which has credited this generosity to Mumina Bonaya Gollo, the member of parliament for Isiolo constituency, in partnership with the county and the World Bank.

“Hon Mumina Gollo Bonaya And County Government and world Bank Is Giving out 500 motorcycles in order to ease transport in our county and also  Create Employment to the Youths,” the post reads.

It asks those interested to “hit my inbox with their phone number, id number and their location”.

Another post made by the same account claims that “youth funds, women funds and men biashara funds are now available. Those who interested to hit my inbox for guidance”.

The posts often include photos of motorcycles, a popular if chaotic form of transport in Kenya and which provide employment to hundreds of thousands of young people.

But are the offers posted by this account legit? 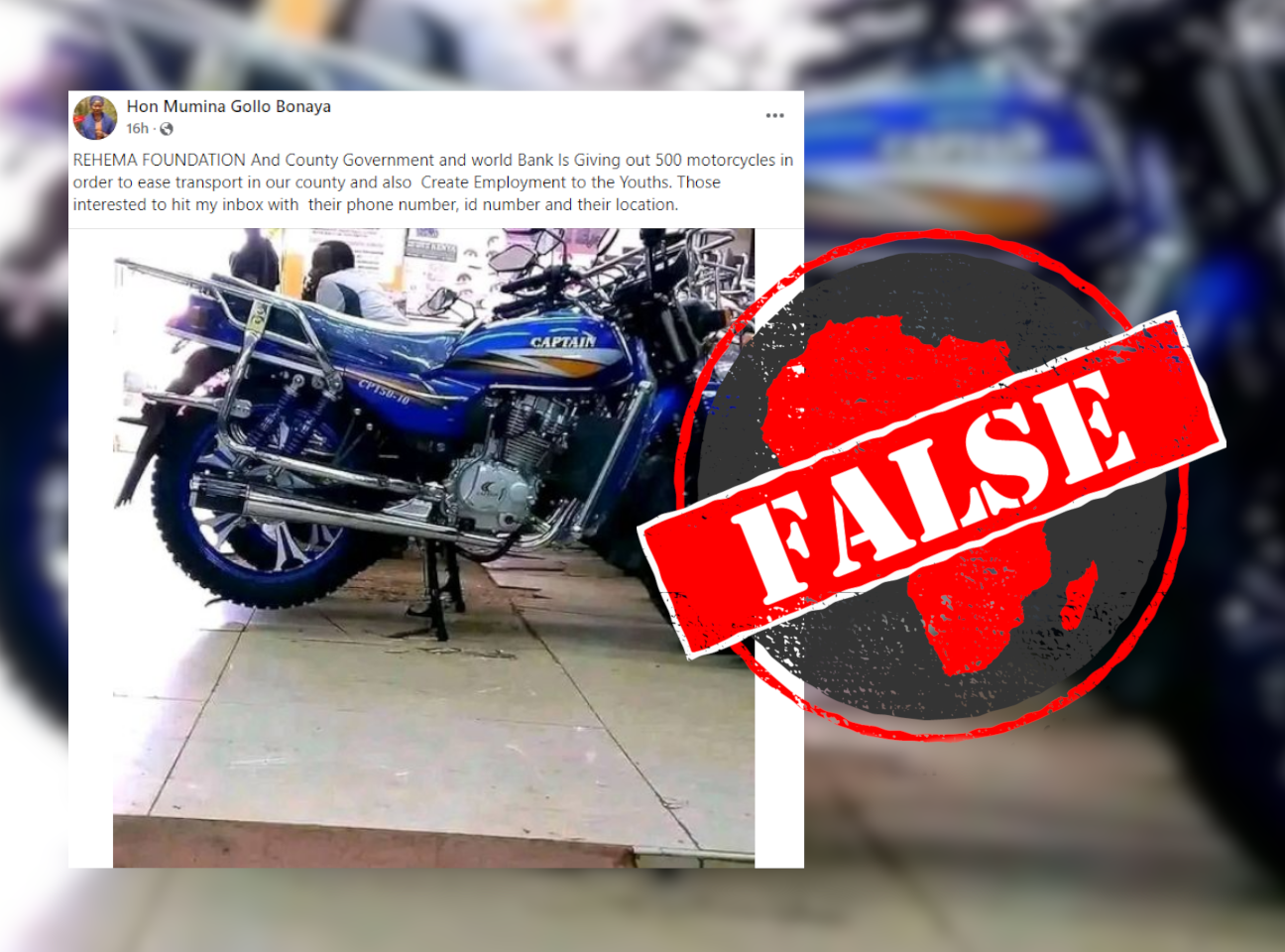 Posts on the legitimate account show Gollo’s whereabouts and official engagements, such as her swearing-in at parliament.

The legislator posted a screenshot of the account stamped “FAKE”.

“I wish to request the public not to engage the account below, it is fake and meant to swindle innocent people,” wrote Gollo.