In February 2021, 24 Kenyan county assemblies approved a bill to amend the country’s constitution in line with recommendations by the Building Bridges Initiative.

The BBI is a national unity and reform drive spearheaded by president Uhuru Kenyatta and opposition leader Raila Odinga.

Any changes to the constitution require legislation that must be passed by at least 24 of Kenya’s 47 counties.

As news of which counties had approved the bill came out, one Facebook user claimed that the Migori county assembly had rejected it. 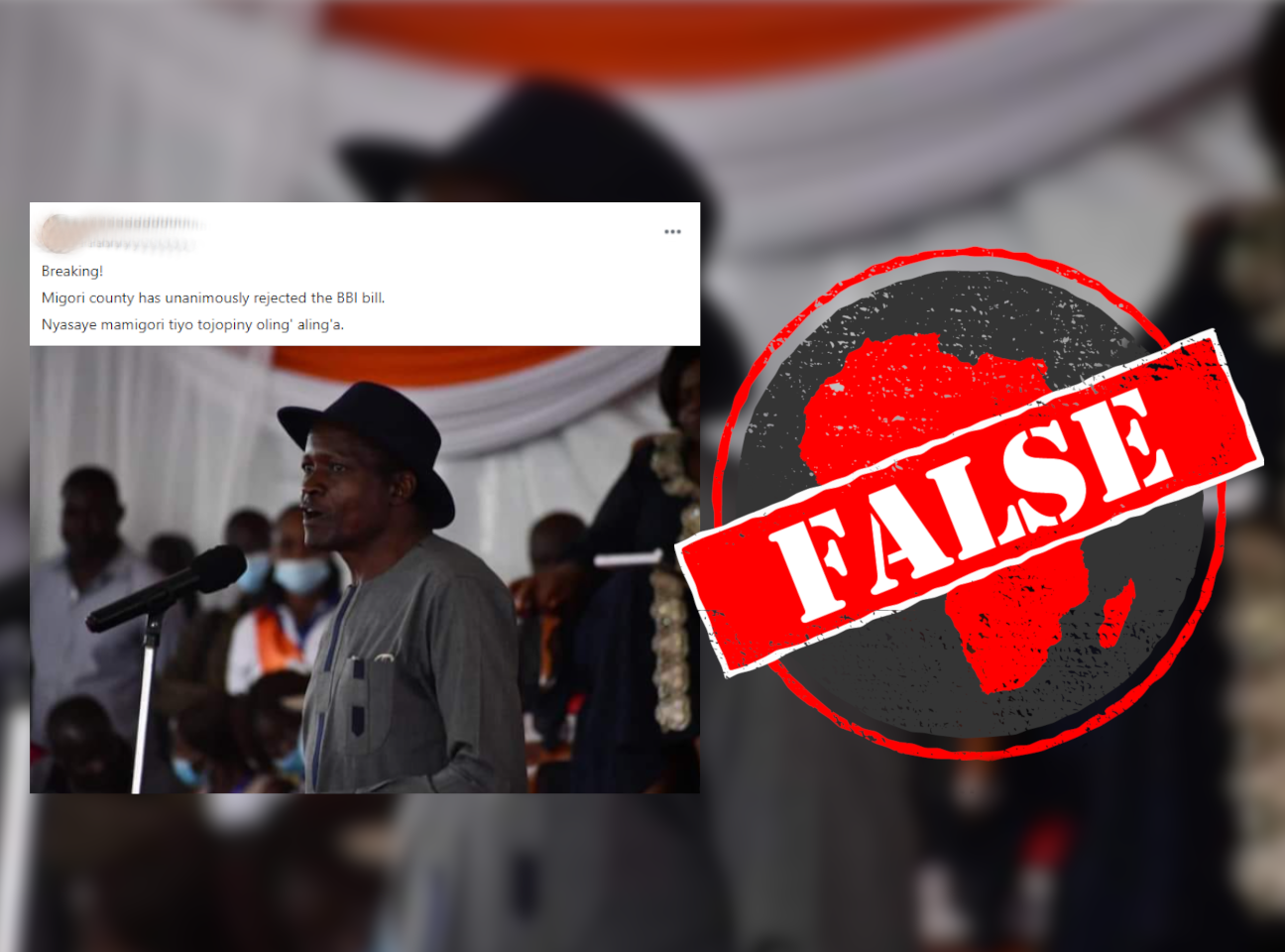 ‘Strongly and boldly support this initiative’

The county’s website shows that it unanimously passed the bill.

“Migori County Assembly becomes one of the 47 counties which has come out strongly and boldly to support this initiative which is geared towards realising the fruits of the famous handshake between Prime Minister Rt. Hon. Raila Odinga and President Uhuru Kenyatta,” an announcement on the site reads.

On 4 March, the speaker of Kenya’s national assembly said Migori the county assembly had submitted “certificate of approval and copies of the draft Bill”.

No, you still have the right to defend yourself from home invaders – viral video misunderstands proposed South African trespassing bill

No, you still have the right to defend yourself from home invaders – viral video misunderstands proposed South African trespassing bill