“Moses Kuria is calling me a mad man, yet he hasn’t told us how he was the first person to find Msando’s car when he went missing,” reads text on a graphic posted on Facebook. “If he doesn’t stop attacking me, I’ll tell Kenyans how he participated on Msando murder.”

The quote is attributed to “Mike Sonko, Former Governor, Nairobi County, January 27, 2021”. The graphic uses the branding of Kenyan newspaper Nation’s social media cards, and shows a photo of Sonko.

One user commented on the graphic: “Sonko warns Moses Kuria to stop calling him mad man else he, (Sonko) will tell Kenyans how Kuria participated in Musando's murder!”

But a search for the quote on the Nation’s website returned no results. On 18 February Africa Check debunked a similar graphic with Nation’s branding that falsely attributed an inflammatory quote to Sonko.

Did Sonko publicly implicate Kria in Musando’s murder? And did Nation produce a social media card with the statement? We checked. 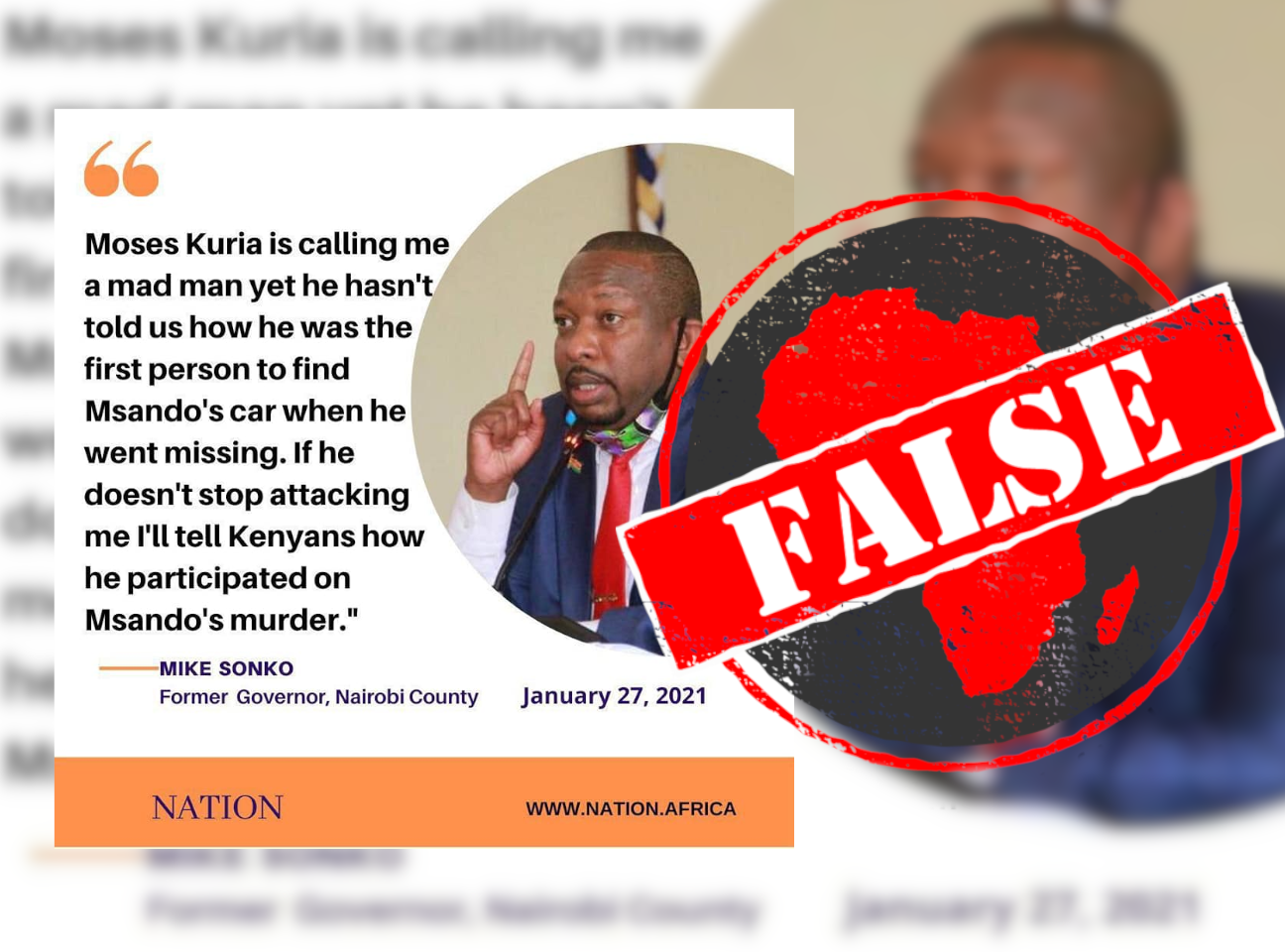 Msando, who was in charge of Kenya’s electronic voting systems, was found dead on the outskirts of Nairobi on 31 July 2017 – just over a week before the 8 August elections. He had been tortured and strangled after earlier being reported missing.

Kuria told police that Msando’s car had been found in Nairobi’s Roysambu estate, saying a friend had tipped him off. He also posted a photo of himself next to the car on Facebook. Since then, Kuria has repeatedly been linked to Msando’s murder.

On 27 January 2021 Nation posted the graphic on its verified Facebook page, stamped “FAKE”.

“FAKE NEWS ALERT!” the paper warned. “Please be advised that the quote doing rounds on social media is a fake. Do not fall for fake news.”

Nation is not behind the quote. It is made up.