Posted on a group with nearly 60,000 members, the message claims Kenya’s opposition Orange Democratic Movement party has fired secretary general Edwin Sifuna. It shows a photo of the politician.

Sifuna is known to be outspoken – even reportedly “abrasive and disrespectful”. But has he really been fired as ODM secretary general? We checked. 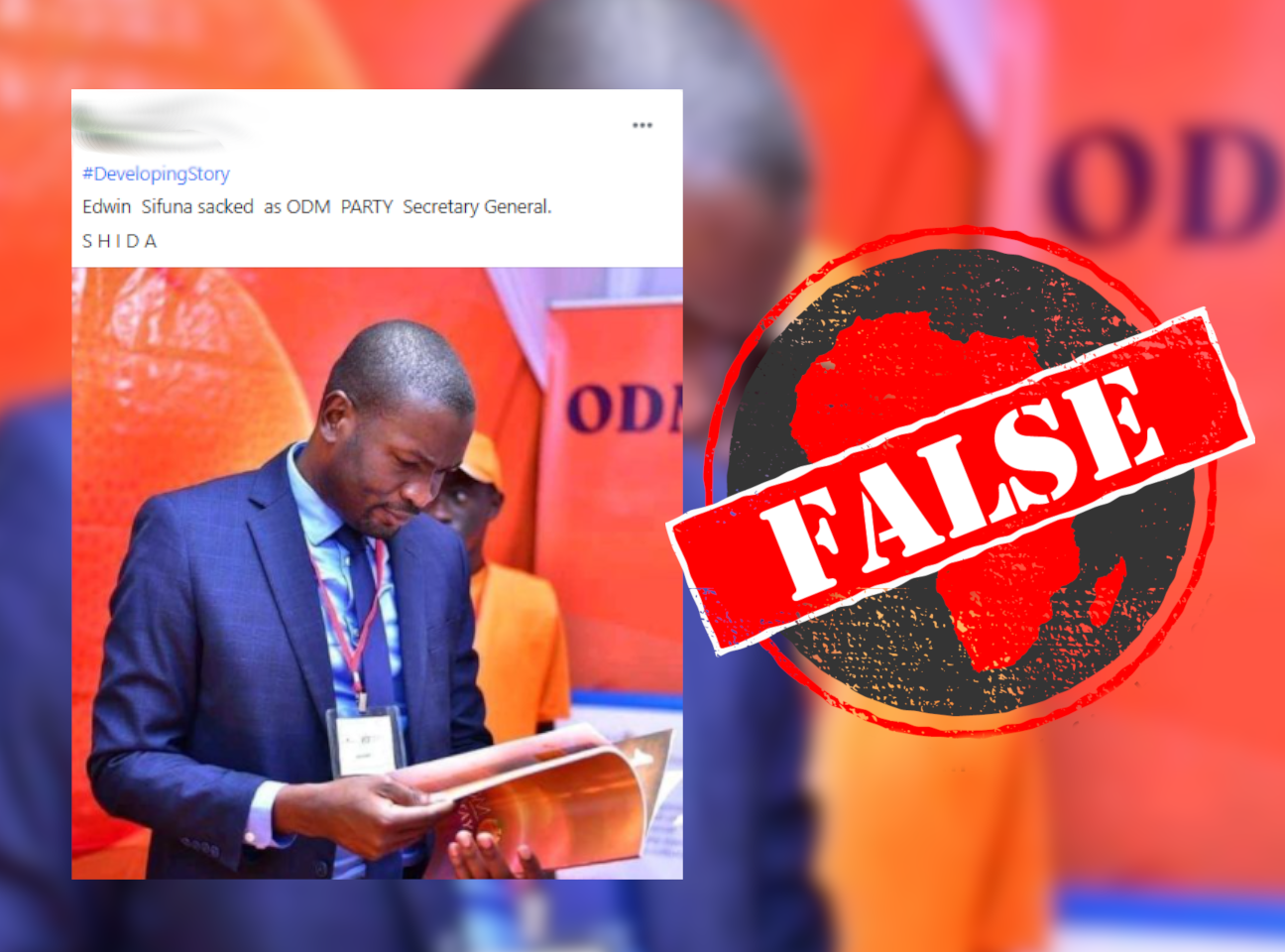 ‘At least they haven’t announced my death’

The ODM website still lists Sifuna as the party’s secretary general, more than a month after the message was posted.

When top party officials are fired, it makes big news in Kenya. But Africa Check could find no reports of Sifuna’s dismissal.

On the day the message appeared, Sifuna posted on Facebook: “This exact time last year you social media know-it-alls claimed I was in quarantine with Corona... Leo "mmenifuta" next year si mtaniua ”. The Kiswahili translates as: “Today you have ‘fired me’, what will you do next year, kill me?”

On Twitter, he responded to a question about the rumour of his sacking with: “At least they haven't announced my death.”