No, Kenya’s prosecutions boss has not summoned DP William Ruto to testify in dam scandal case

What appears to be a letter by Kenya’s director of public prosecutions (DPP) Noordin Haji has been posted on Facebook.

The letter is dated 21 October 2021 and addressed to the country’s deputy president, William Ruto. It says Ruto has been listed as a prosecution witness in two cases where nine accused are charged with “conspiring to defraud” the Kenyan government of more than KSh63 billion.

The letter invites Ruto to appear in court. It goes on to give details of comments Ruto is alleged to have made in the past, where he apparently refuted that “Ksh.21 billion had been lost in the multi-purpose dam projects in Elgeyo-Marakwet”.

The letter says his “insights, therefore, on this matter will be vital in prosecuting the case and recovering lost public funds” and that Ruto will be informed of the exact date he should appear in court.

The letter was shared widely on Facebook – here, here, and here. But did the DPP really send this letter to the deputy president? We checked. 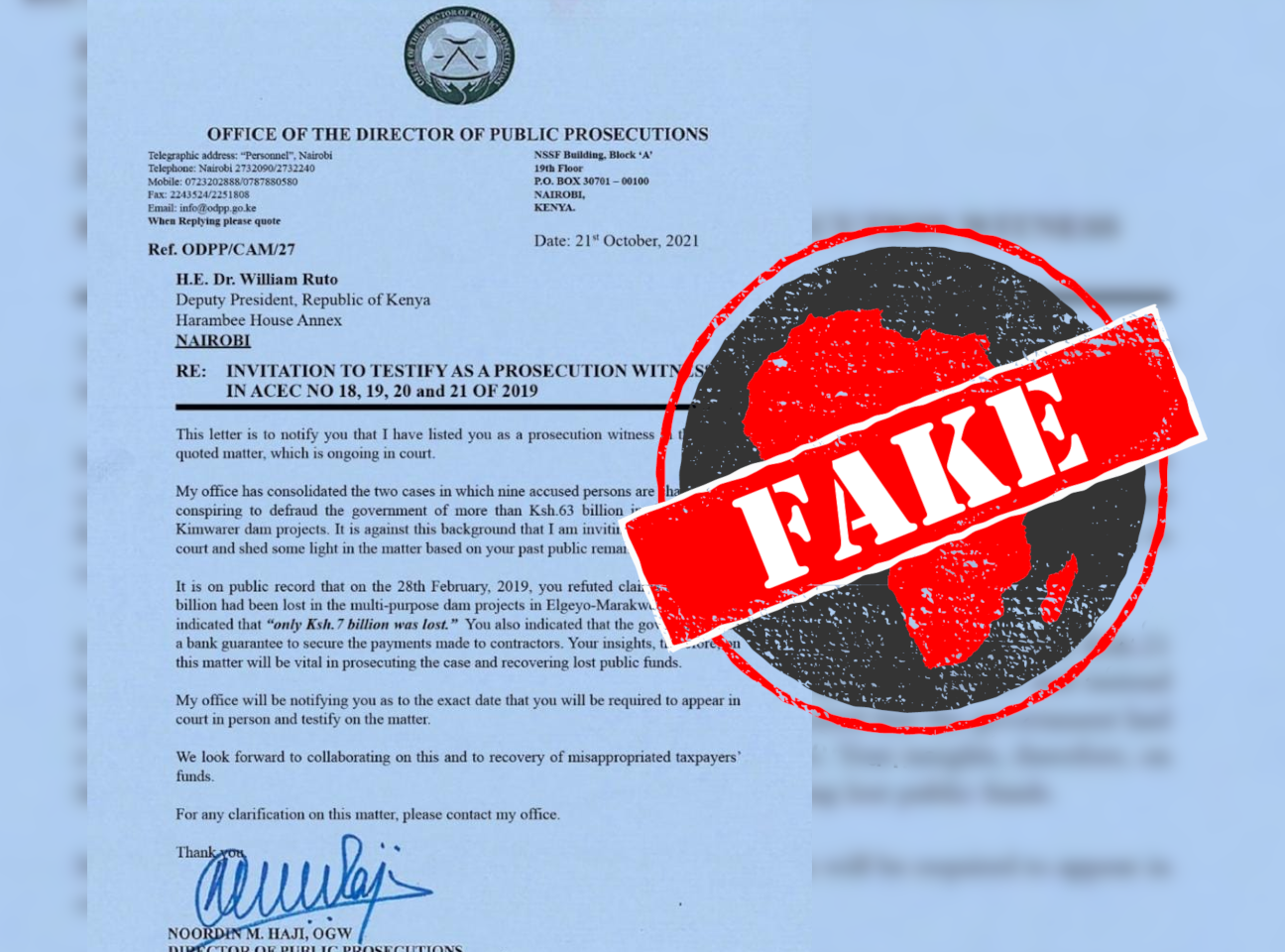 In October 2021, the DPP’s office tweeted out a copy of the letter stamped fake and wrote that “no such letter has been written”.

The letter bearing the logo and signature of Kenya’s DPP inviting the deputy president to testify in court is fake.