No, Kenyatta International Convention Centre in Nairobi was not lit up in colours of Ukrainian flag – ignore doctored image

After Russia invaded Ukraine on 24 February 2022, a user on Facebook posted an image showing the Kenyatta International Convention Centre (KICC), a conference centre in Kenya’s capital Nairobi, apparently lit up in blue and yellow to match the Ukrainian flag.

The caption to the photo reads: “Kenya is always quick to stand up for everyone else except it’s citizens. #UshenziKE!”

“Ushenzi” is Kiswahili for “stupidity” or “idiocy” and is used to condemn aspects of civil disorder and poor governance.

The image was also reposted on Facebook here, here, and here.

Kenya has condemned the Russian aggression against Ukraine at the United Nations Security Council.

But was the building that has defined Nairobi’s skyline for years lit in the colours of the Ukrainian flag to show solidarity with Ukraine? We checked. 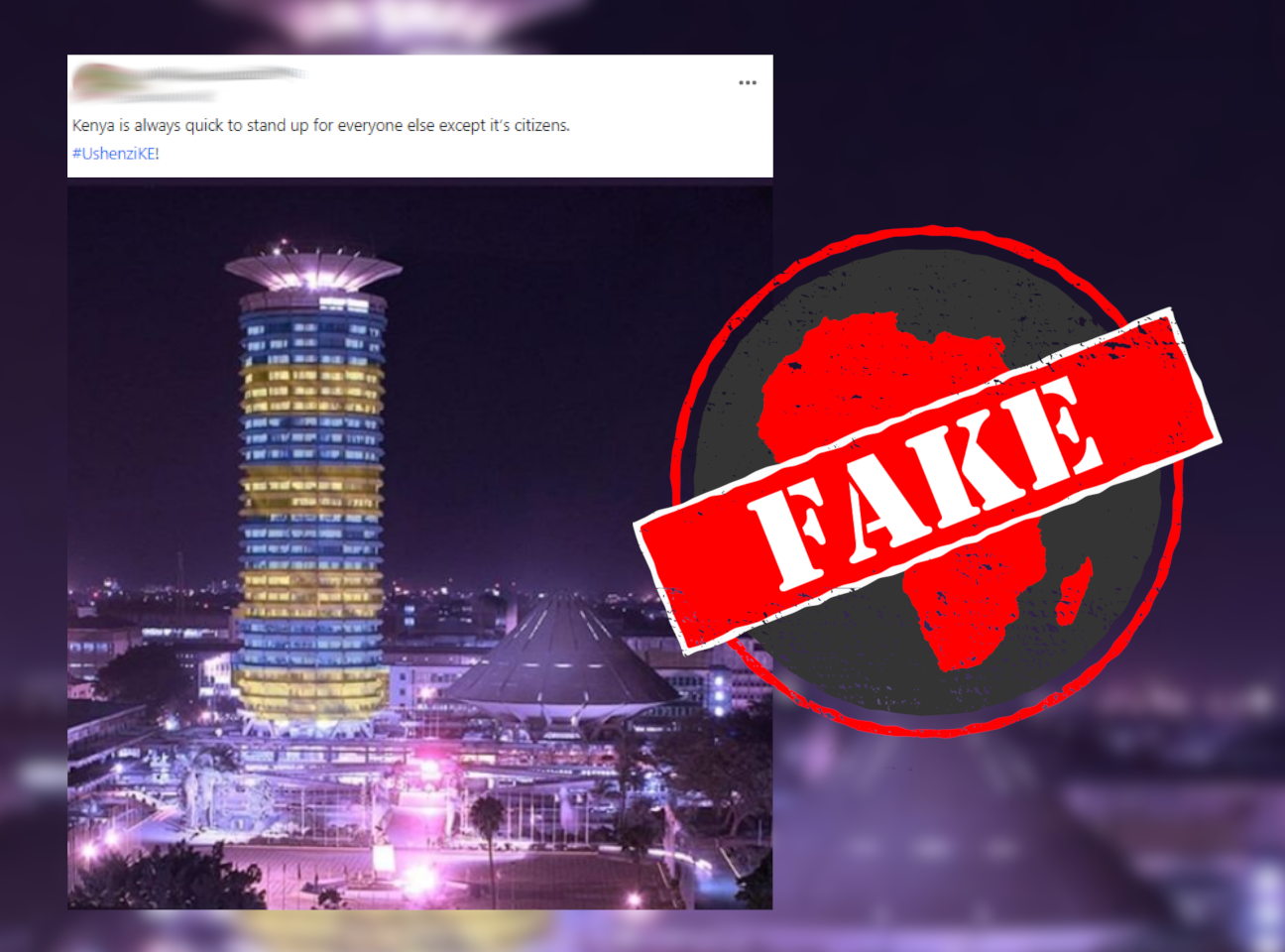 A Google reverse image search reveals that the image first appeared online on 25 February 2022 on Twitter. It was republished here and here in the next days.

A further search led to an identical image, without the colours of the Ukrainian flag, but taken from the same angle. An analysis of the image posted on Facebook, comparing it with the identical image using photo forensics tools, shows it was manipulated.

The KICC marketing department told Africa Check that the building had never been lit up in the colours of the Ukrainian flag. The widely shared image was doctored.