A copy of what appears to be a letter from Kenya’s tax agency to the country’s deputy president William Ruto has been posted on Facebook.

In it, the tax agency asks Ruto to verify what taxes he has paid for income from the sale of eggs.

The letter is dated 3 September 2021 and is signed by “Dr Edward Kinyua Karanja” who is the “Commissioner of Investigation & Enforcement Department”.

It was posted by a Facebook user with over 600,000 followers, and also posted by other users here, here, here and here.

The letter was shared just days after Ruto said he made KSh1.5 million a day from the sale of eggs, and mentioned the interview directly: “Your poultry farming enterprise, for instance, as reported by yourself in media interviews generates a daily income of KSh1,500,000 sums of which you remit no taxes to the KRA.”

Edward Karanja is a commissioner in the top leadership of the Kenya revenue authority (KRA), and the letter shows the logo of the tax agency. But is it legit? 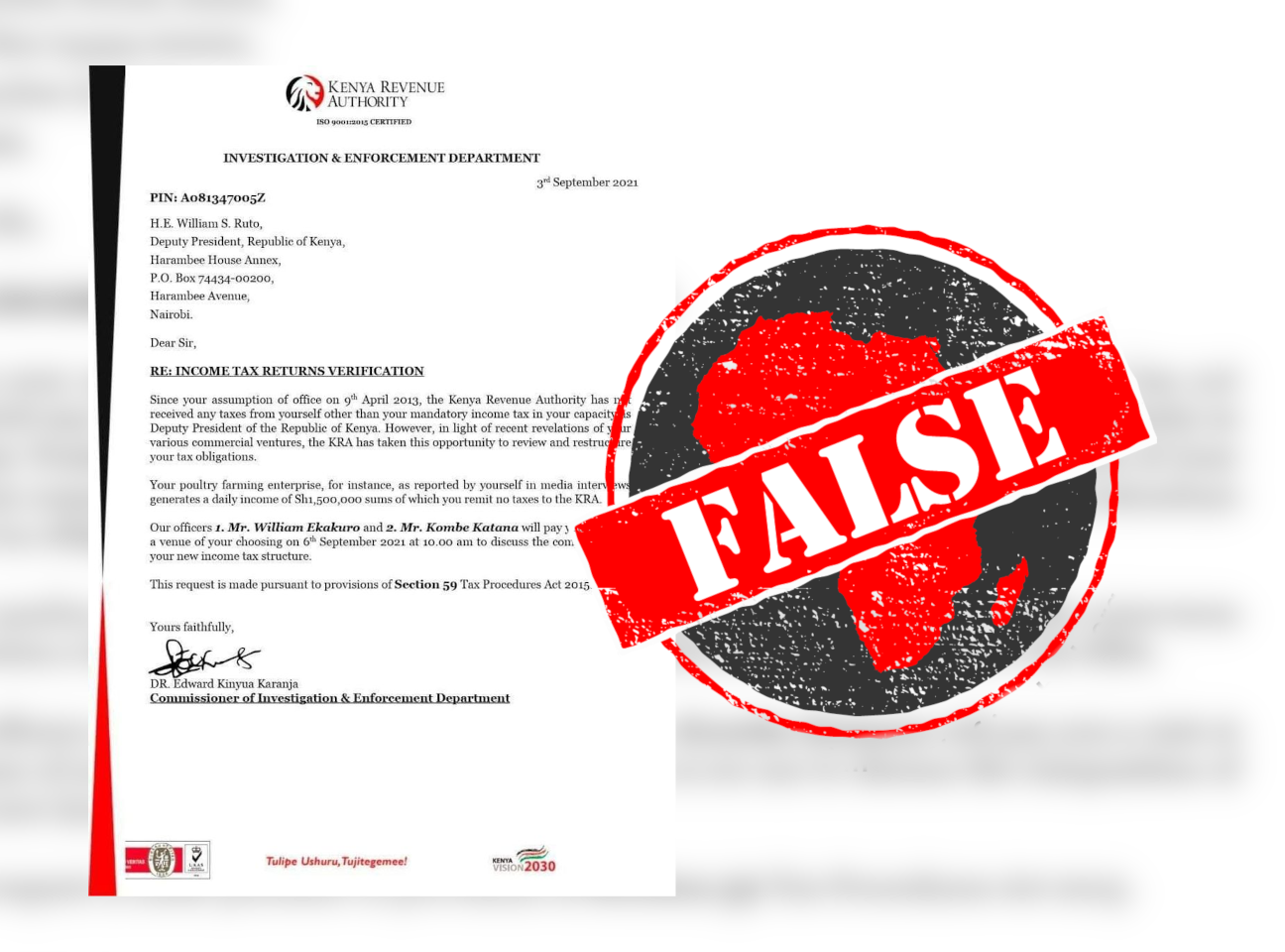 ‘The letter is fake’ – tax authority

On 3 September, KRA posted a copy of the widely circulated letter on their official Facebook page, stamped “FAKE”.

A user also reached out to the agency on Twitter to “verify the authenticity” of the letter, and the agency replied: “Kindly note the letter is fake.”