No, Martine Moïse, first lady of Haiti, not dead

Martine Moïse, the wife of Haiti’s assassinated president, is dead, claims a post shared on Facebook in Nigeria in July 2021.

On 7 July, Haitian president Jovenel Moïse was assassinated in his private residence in the capital, Port-au-Prince. His wife, Martine Moïse, was also shot in the attack.

Haiti is an island nation in the Caribbean Sea.

The post claims that the “First Lady died from her injuries”, after being “rushed to hospital” and “despite the doctors’ best efforts”.

The post includes photos of the couple. But is Martine Moïse dead? 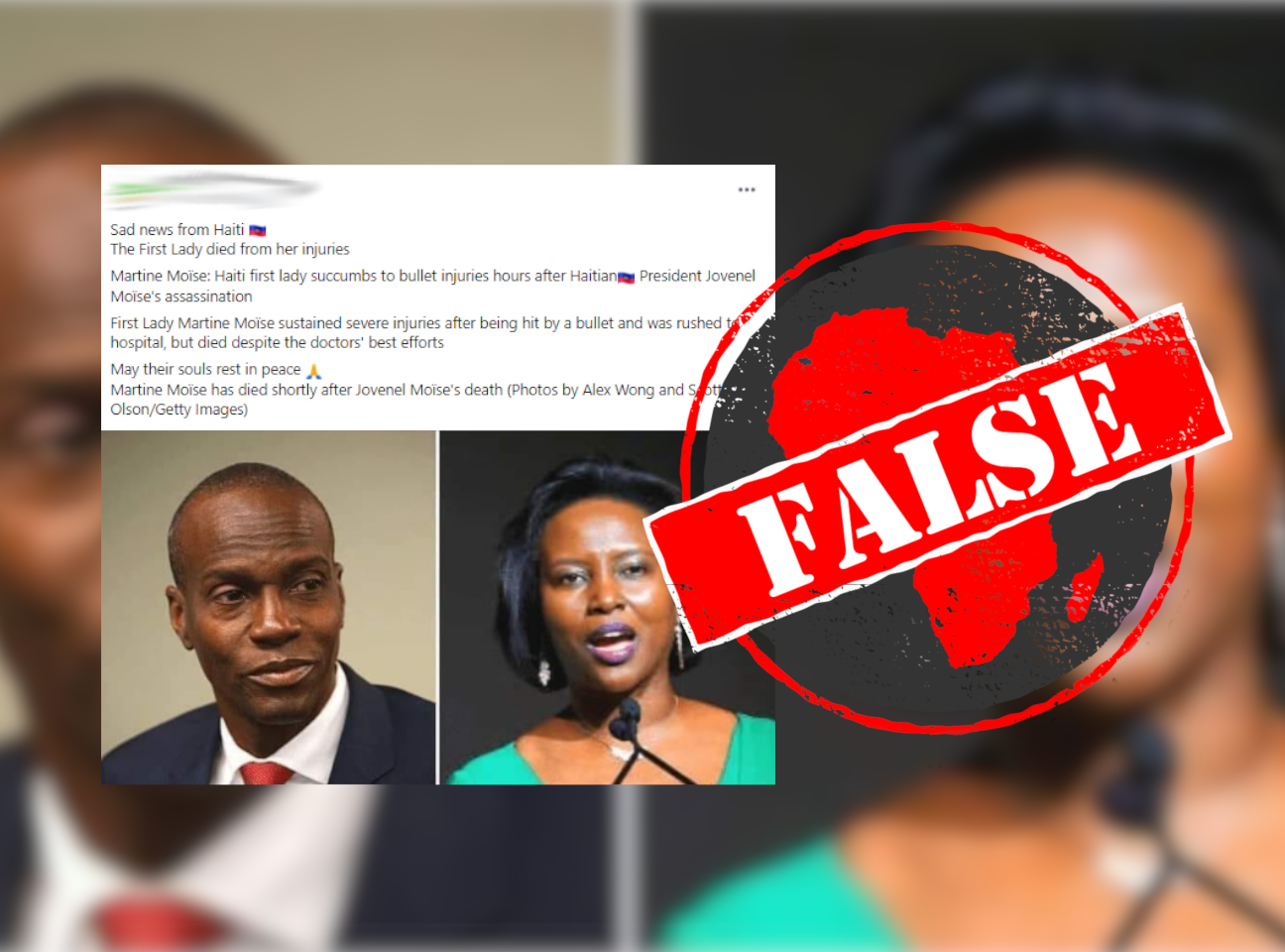 Moïse was seriously injured during the assassination and was flown to Florida in the US for medical treatment.

But on 17 July she spoke to the media from her hospital bed, confirming she was alive and well.

In an article updated 17 July, she was pictured wearing a bulletproof vest as she returned to Port-au-Prince.

Moïse also spoke at her late husband’s funeral on 22 July.