Africa Check has already debunked a photo circulating on Facebook that users said showed Raila Odinga, as a child, refusing in 1952 to give flowers to the UK’s Princess Elizabeth – today’s Queen Elizabeth.

Odinga, Kenya’s former prime minister and a longtime opposition leader, is expected to run in the 2022 election.

A photo more recently posted on a political Facebook group shows Kenya’s second president, Daniel arap Moi, pointing a finger in conversation with a tall, tracksuit-clad man. Moi ruled for almost a quarter of a century, from 1978 to 2002. He died in February 2020.

The caption reads: “Moi elect Ruto 1991 youths leader.” This suggests that the man in the tracksuit is William Ruto, today Kenya’s deputy president. Ruto is also expected to run for the presidency in 2022.

Does the photo show Moi “electing” a younger Ruto, back in 1991? 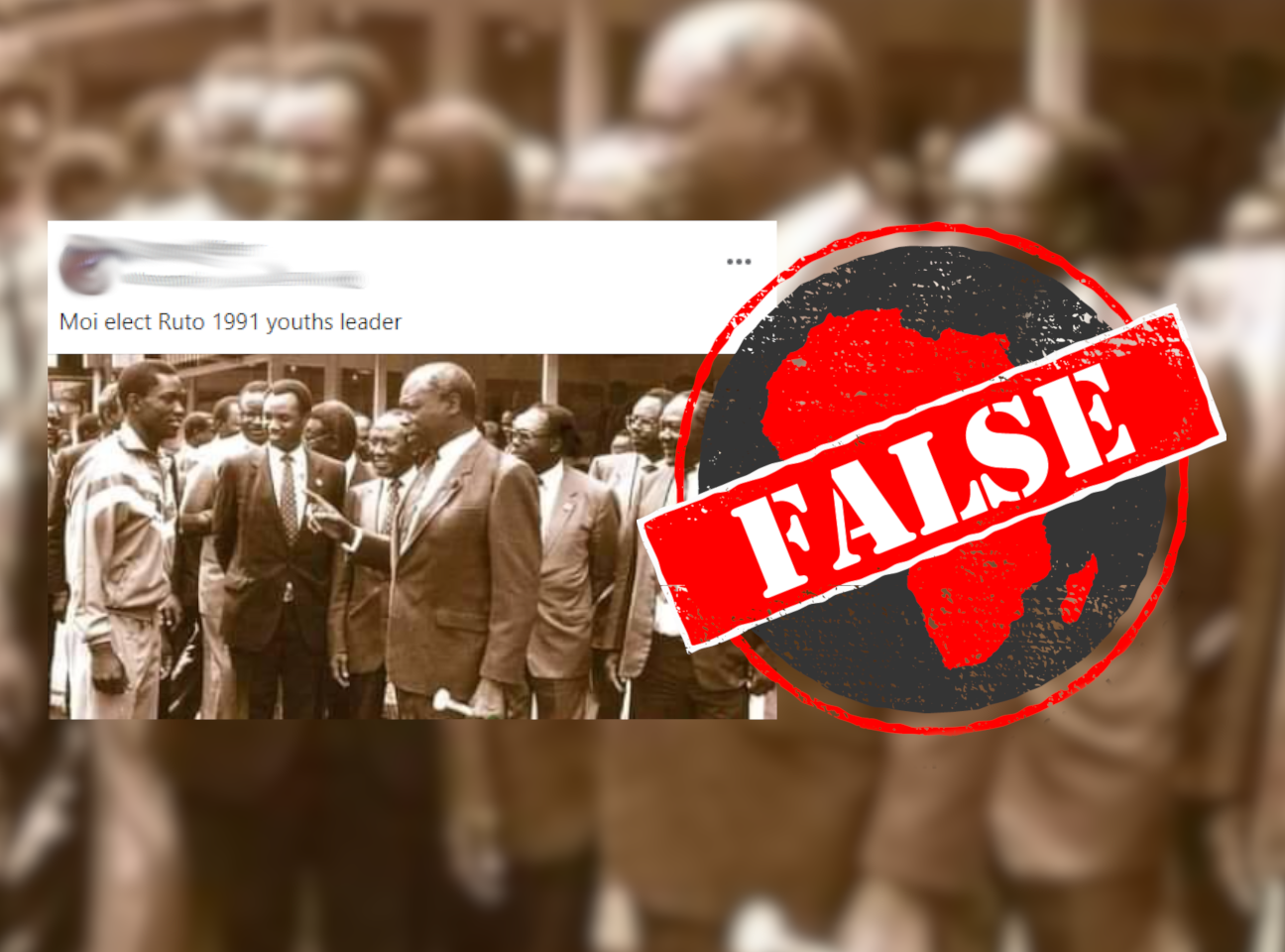 Moi with Dawo before pivotal match in 1987

A reverse image search reveals that the man in the tracksuit is Kenya’s renowned international footballer Peter Dawo.

According to an October 2019 article by veteran sports writer Roy Gachuhi, the photo shows Moi speaking to Dawo before his team, Gor Mahia, met Esperance of Tunisia in the 1987 Africa Cup Winners Cup final return match, which they won.