No, Nation Africa didn’t quote lawmaker Sudi as saying Kenyan president Kenyatta will be taken ‘back to The Hague’

It reads: “After winning the 2022 elections, we shall take Uhuru Kenyatta back to the Hague for killing Kalenjins in 2007 Post Elections Violence – Oscar Sudi, MP, Kapseret constituency, July 09 2021.”

It carries the logo, branding and web address of Nation Africa.

It appears on two public Facebook group pages, both with more than 100,000 members, and on another with some 35,000 members.

The Hague in the Netherlands is the home of the International Criminal Court. Kenyatta was summoned to appear before the court in March 2011 for “five counts of crimes against humanity allegedly committed during the 2007-2008 post-election violence in Kenya”. The charges were dropped due to lack of evidence.

The graphic is similar to the “digital cards” that Nation Africa, one of Kenya’s largest media outlets, produces for its social media platforms.

Increased political activities in the country has led to a rise in fake graphics that try to shape opinions online by falsely quoting prominent people, using the branding of reputable media houses to give them credibility.

Did Nation Africa really quote Sudi as saying this? 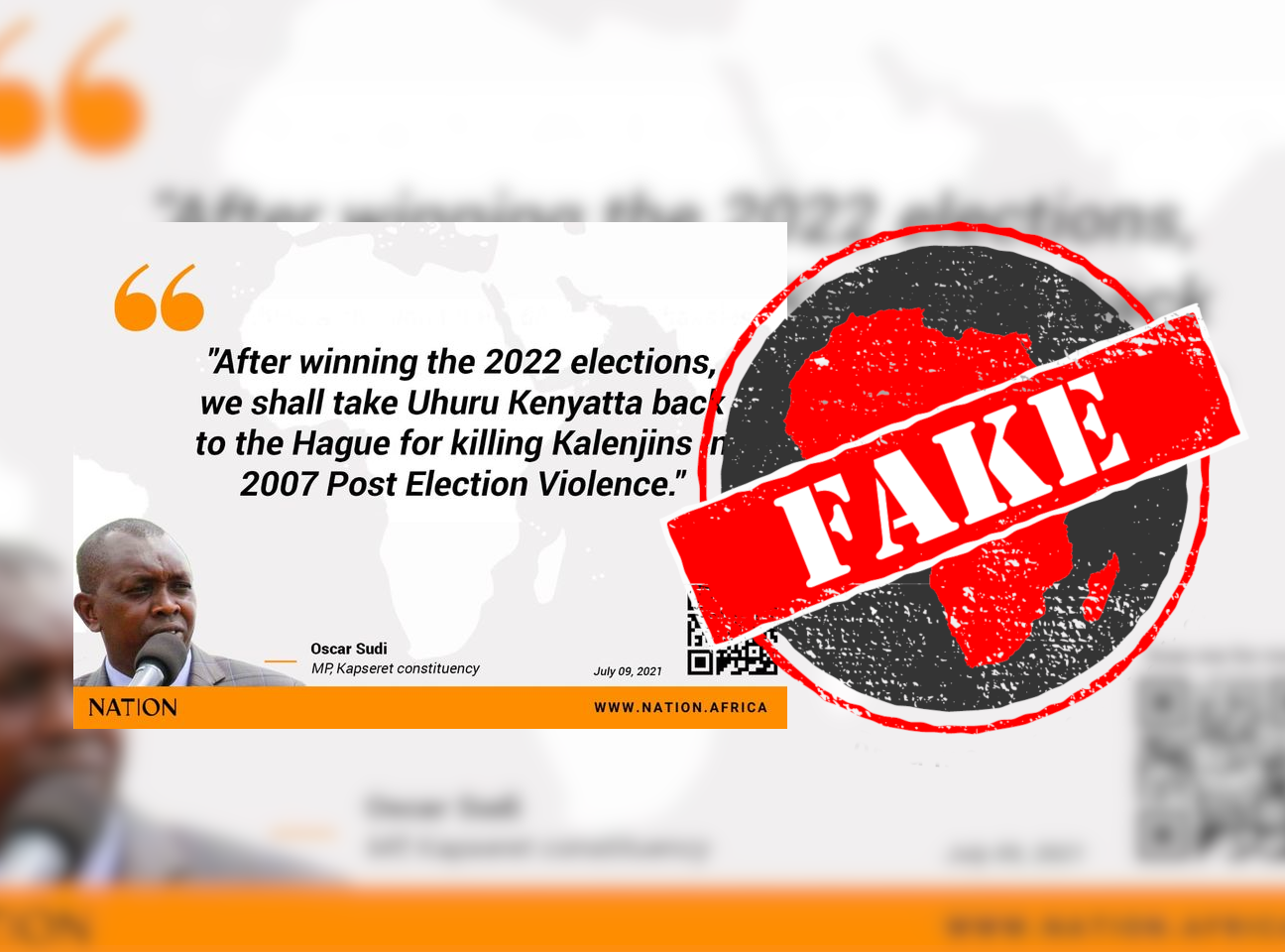 Nation Africa’s digital cards usually have quotes taken from interviews with political figures, or from the politicians’ social media accounts.

We found no such statement by Sudi on the Facebook page we previously confirmed to be his, or on any reputable media outlet.

On 13 July Nation Africa posted the card on its Facebook page, stamped “FAKE”.