A graphic with the branding of established news website Nation, circulating on Facebook in February 2021, attributes a controversial quote to Kenyan president Uhuru Kenyatta.

“I’m going home next year but I cannot handover power to thieves, conmen and tribalists,” it reads. “I have served with them in my government for eight years and I am the only one who stopped them from eating everything.”

Text at the bottom adds: “President Uhuru Kenyatta, February 11 2021”. The graphic includes a photo of Kenyatta, as well as Nation’s logo and web address – www.nation.africa.

But did Nation really report that Kenyatta said this? We checked. 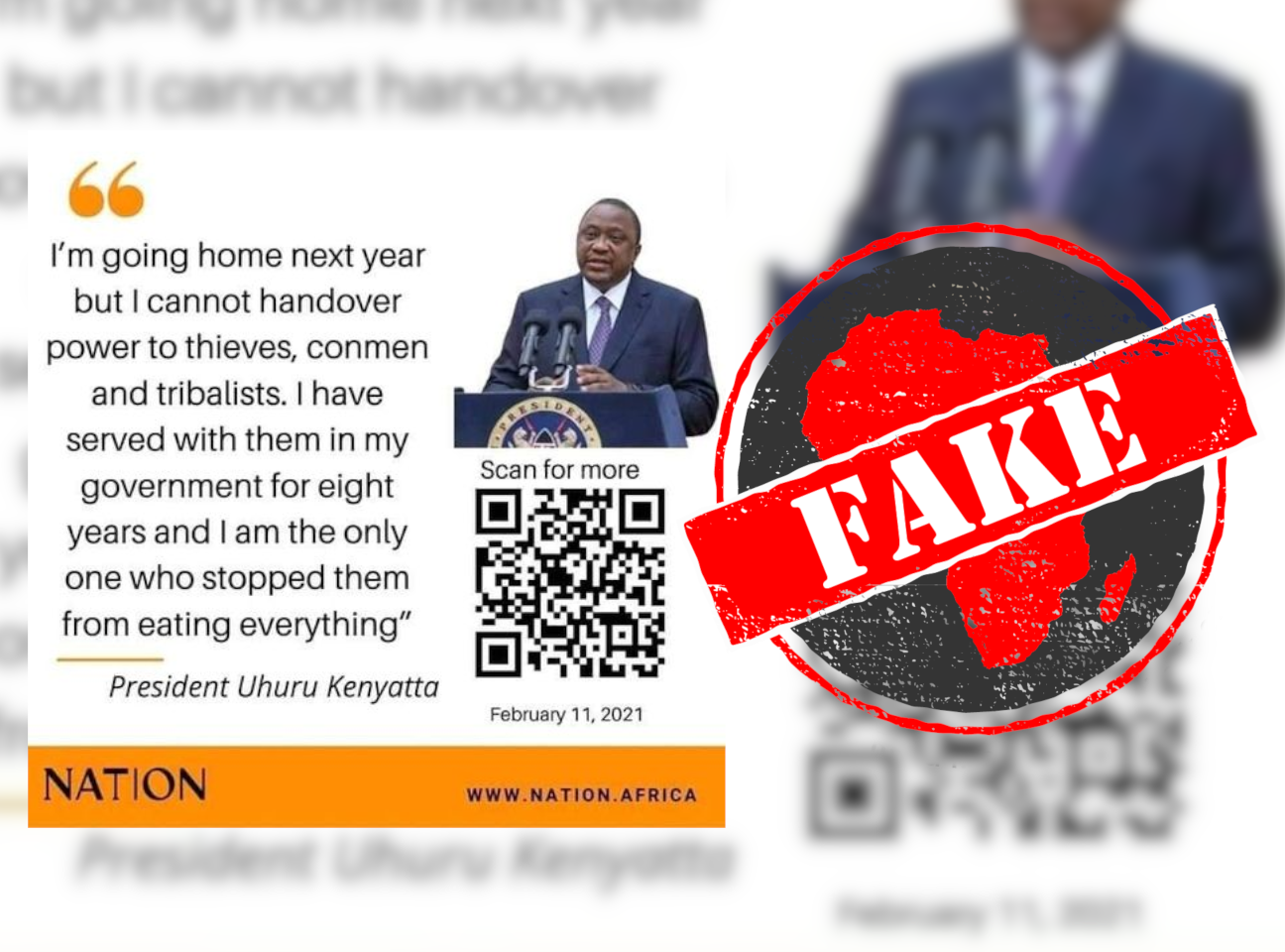 On 11 February, Kenyatta was out and about in Nairobi, Kenya’s capital, popularising the Building Bridges Initiative (BBI) national unity drive.

The quote is clearly different to the one in the graphic.

On 12 February Nation posted the graphic on its Facebook page, with “FAKE” written across it in red.

President Kenyatta did send billions to Mt Kenya counties, but misled on how much Kenya’s economy has grown under his watch

The Kenyan president has been playing up his record to convince his supporters to vote for a former rival.