A screenshot of what seems to be a tweet by Ugandan broadcaster NBS Television, reporting an attack on a top military officer in Uganda, was posted on Facebook on 22 August 2021.

The screenshot, which was shared in a public group with over 270,000 members, includes a photo of a car with bullet holes and a mugshot of Kainerugaba.

Kainerugaba is the son of Uganda president Yoweri Museveni and also the commander of the special forces command in the country’s military.

But did NBS, a mainstream TV station, really send this tweet? We checked. 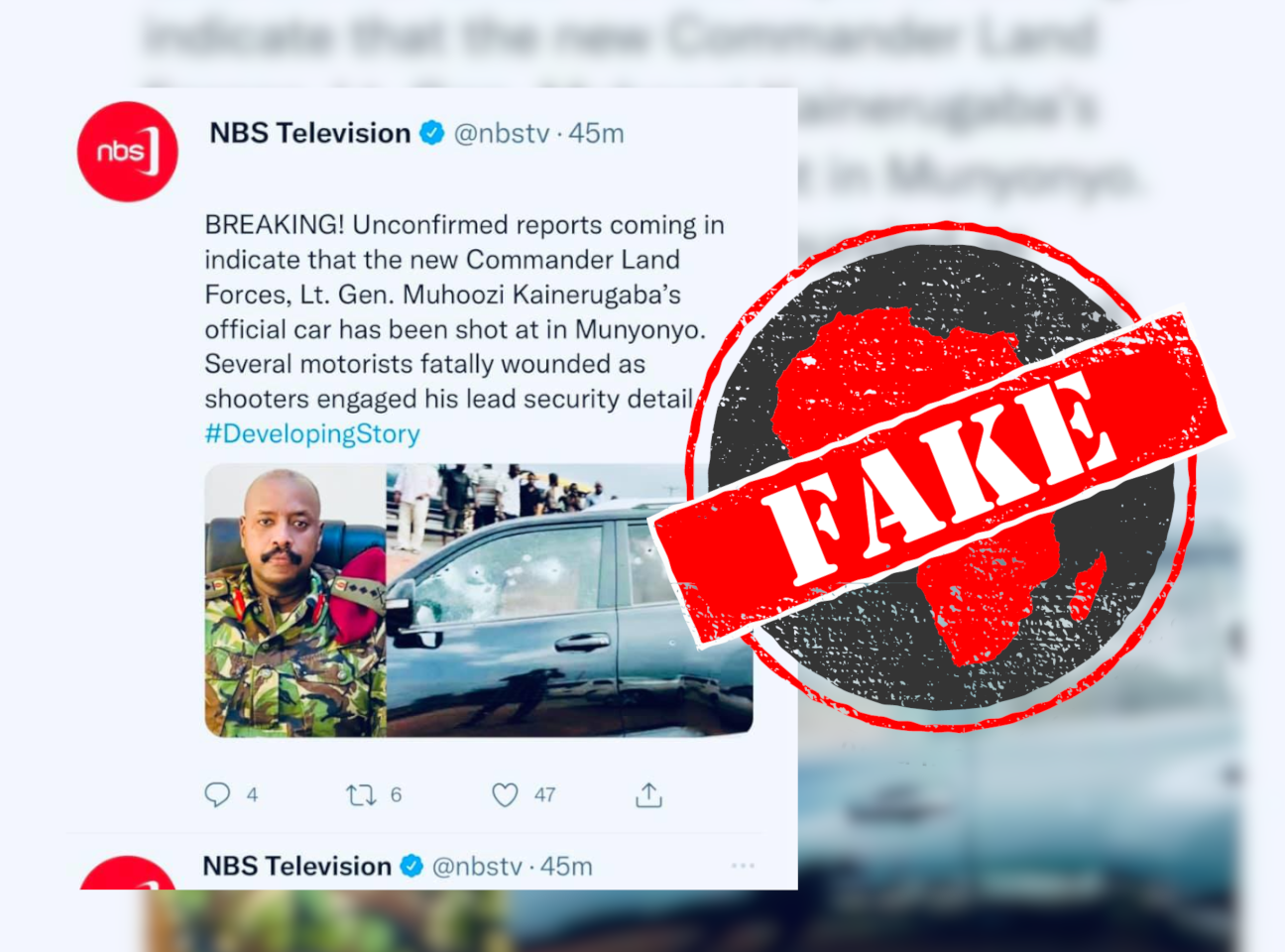 The screenshot doesn’t show any publication date or time, unlike the usual Twitter format.

Such an attack would have been big news, widely reported in the mainstream media. But there’s been no coverage of it.

A Google reverse image search of the photo showing a car with bullet holes  reveals that it first appeared online in July 2021.

But it was taken in Nigeria, not in Uganda, and shows the car of a local scientist, killed on the highway between Enugu and Port Harcourt in southwestern Nigeria.

The screenshot was posted on NBS Television’s official Facebook page on 22 August, stamped “FAKE” in red.

“NOTICE: Please disregard this screenshot about Lt. Gen. Muhoozi Kainerugaba making rounds on social media,” the Facebook post reads. “It wasn't posted on any of our social media platforms.”