A graphic posted on Facebook claims that there was a dismal turnout in the Mount Kenya region in Kenya’s 9 August 2022 general election, to the detriment of a leading presidential candidate.

Below a photo of a handful of people queuing at a polling station, the graphic reads: “Mt. Kenya Voter turnout 28%.”

“Mount Kenya” refers to the voter-rich Kikuyu, Meru and Embu communities, and counties where these communities make up the majority.

The graphic bears the logo of Kenyans.co.ke, a popular Kenyan news website, implying it was published there.

One caption to the graphic reads: “Hustler amechezwa. Crisis Meeting in Karen over voter apathy in Mt Kenya.”

Deputy president William Ruto, a frontrunner to be president, often refers to himself as a “hustler” and likes to sell himself as a leader who advocates for the poor.

His official residence is in the upmarket Nairobi suburb of Karen.

“Amechezwa” directly translates from Kiswahili as “has been played”. In this context it suggests Ruto has been taken for a ride.

While campaigning, Ruto’s Kenya Kwanza Alliance has championed  a “bottom-up” economic approach, which claims to aim to grow the economy by supporting ordinary Kenyans who are unemployed or running small businesses.

This has been contrasted to a “trickle down” model.

The post sharing the graphic implies that Ruto was led to believe that the Mount Kenya region, where he campaigned heavily, was his stronghold but that it has failed to come through for him.

But did Kenyans.co.ke really report this? 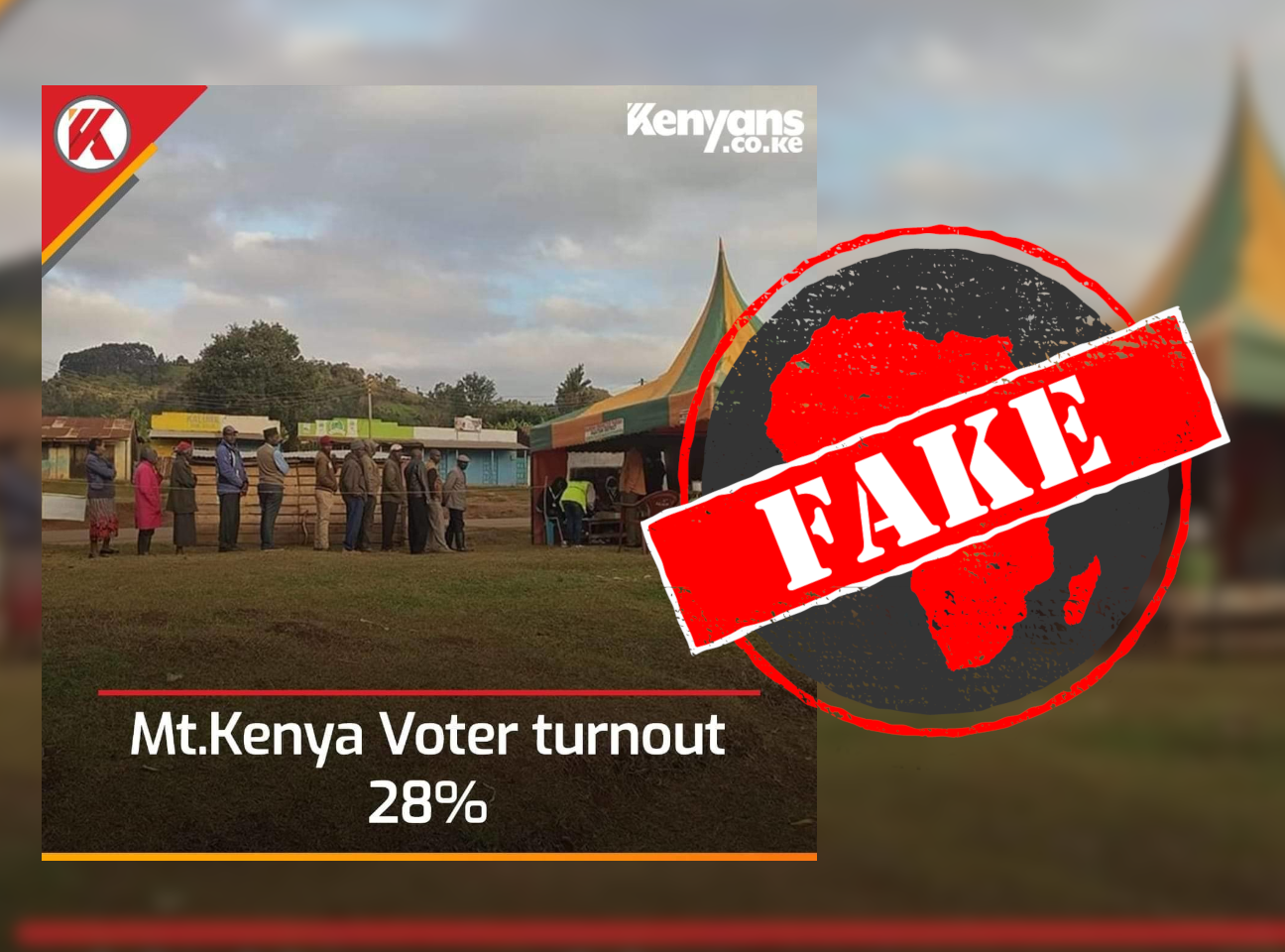 Final voter turnout numbers for the election had not been published at time of writing. But the Independent Electoral and Boundaries Commission, which is running the election, on 9 August said at least 56% of registered voters nationally had voted by 4 pm. Polls officially closed at 5 pm.

On the same day, the news site dismissed the graphic as “FAKE” on its official Facebook account.

“This post did not emanate from our media house. It does not conform to the in-house branding rules and did not go through the multiple approval checks set in place to prevent misreporting,” wrote Kenyans.co.ke.