No Nigeria, candidate in Anambra state governor race didn’t get 350,000 votes in his party’s primary election

A message posted on Facebook on 11 November 2021 makes a bold claim about Nigeria’s Anambra state governorship election race. It says Andy Uba, the candidate of the All Progressives Congress (APC), received 350,000 votes in his party’s primary election, substantially more than in the actual state election.

“I still can't believe that Andy Uba scored 350k votes in APC primary but only 43k in the governorship election. APC no vote ni?” the post reads.

Anambra, a state in southeastern Nigeria, has 2,466,638 registered voters. But only 253,388 voters could vote in the state governor election which began on 6 November and was extended to 9 November.

On Wednesday 10 November, the Independent National Electoral Commission announced Chukwuma Soludo, the candidate for the All Progressives Grand Alliance, was the state’s new governor.

Soludo received 112,229 votes. The candidate for the Peoples Democratic Party, Valentine Ozigbo, came second with 53,807 votes, and Uba only third, with 43,285 votes.

But did Uba score 350,000 votes in the APC primary where he was nominated as the party’s candidate for governor of Anambra? 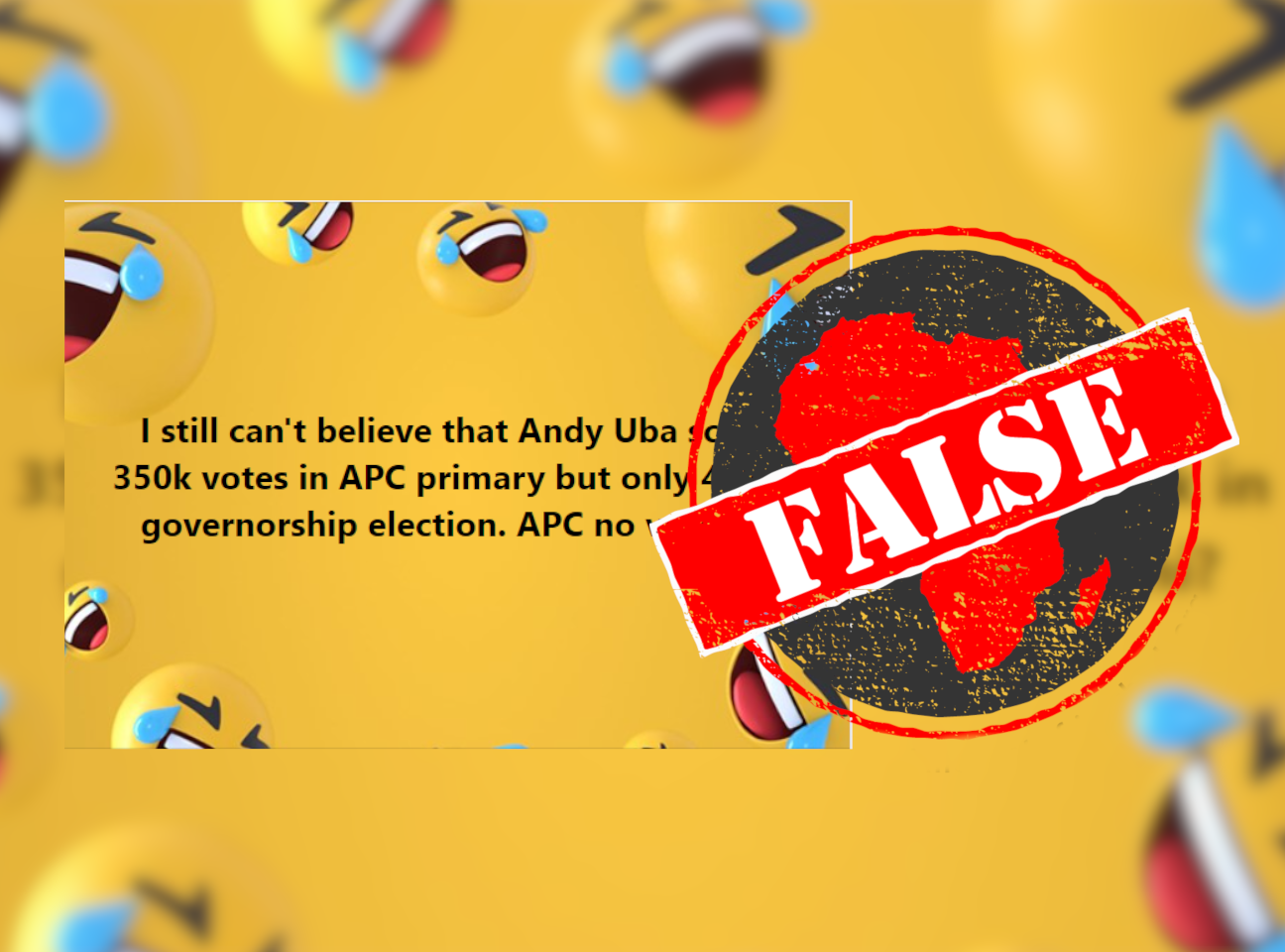 Multiple media reports showed that Uba won the APC Anambra governorship primary election in June 2021 with 230,201 votes. He beat 13 other aspirants to the ticket.

The chairperson of the APC election panel, Dapo Abiodun, announced that a total of 348,490 votes were cast in the primary.

Uba did receive about five times the number of votes in the APC primary election as he later did on election day in Anambra state. But not as many as the 350,000 rumoured on social media.