A video posted on Facebook in July 2021 shows piles of what seem to be Nigerian naira banknotes. A hand lifts bundles of the notes to the camera, revealing that they have the insignia and name of the central bank and are in denominations of N5,000 and N2,000.

Nigeria has seen high rates of inflation recently. But has its federal government really introduced new N5,000 and N2,000 banknotes? 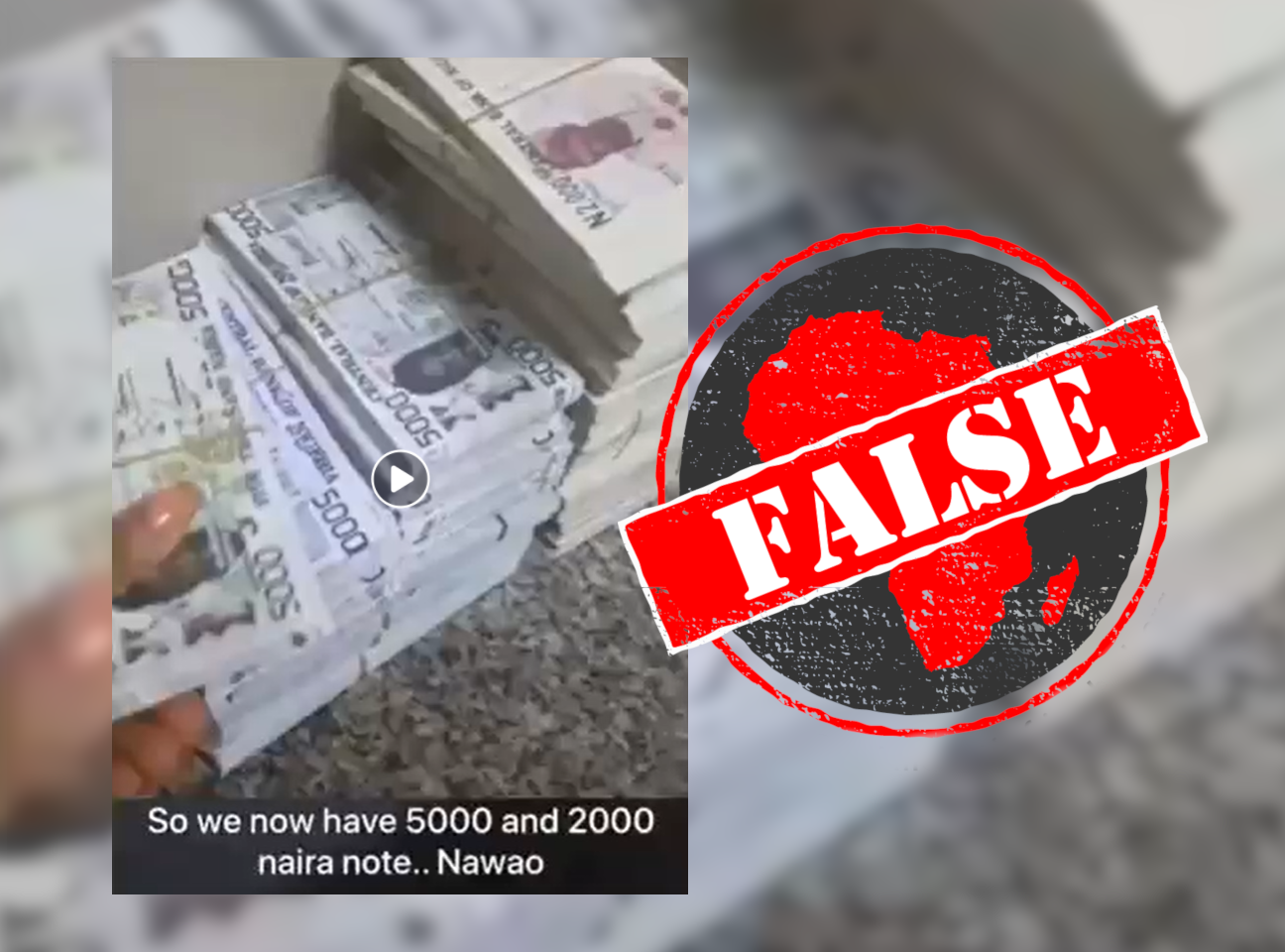 A reverse image search of frames from the video led us to a January 2020 story on the Oriental Times website.

It shows the same video, and says that a man visited a bank in an unidentified part of Nigeria and deposited N17 million in N5,000 and N2,000 banknotes.

In June 2020 the Central Bank of Nigeria said the story was false.

“Videos and pictures of purported circulation of N2,000 and N5,000 banknotes are false and fake,” the bank was reported as saying.

Naira notes and coins are printed by Nigerian Security Printing and Minting and minting companies abroad. Legal tender is only issued by the central bank.