IN SHORT: We’ve already seen plenty of misinformation circulating on social media in Nigeria since presidential hopeful Bola Tinubu entered the race on the governing party ticket in January 2022. Like a number of other claims, recent rumours that he’s pulled out of the 2023 race for health reasons are also incorrect.

“Bola Ahmed Tinubu to pull out of the Presidential election on medical grounds,” begins a post in a Facebook group in Nigeria with over 46,000 members.

It claims Bola Tinubu is pulling out of Nigeria’s 2023 election race following his doctors’ advice to suspend his presidential ambition because of his health.

The post reads: “The Doctors attending to the ailing Presidential candidate of the APC Mr. Yekini Amoda (otherwise known as Bola Ahmed Tinubu) has been advised by Doctors to discontinue his presidential bid forthwith.”

It cited news agency Reuters as the source of this information.

Tinubu is the presidential candidate for Nigeria’s ruling party, the All Progressives Congress (APC), one of the main contenders in the country’s 2023 general elections. He was previously governor of Lagos state in southwestern Nigeria.

Since Tinubu made his decision to run for presidency public in January 2022, there have been speculations about his real identity and health status.

On 29 September, a day after election campaigning officially kicked off in Nigeria, presidential candidates signed a peace accord in the country’s capital Abuja. But Tinubu’s absence at the signing further fuelled speculations about his health.

We found other posts with similar claims about Tinubu withdrawing from the race on Facebook here, here, and here.

But are these rumours true? We checked. 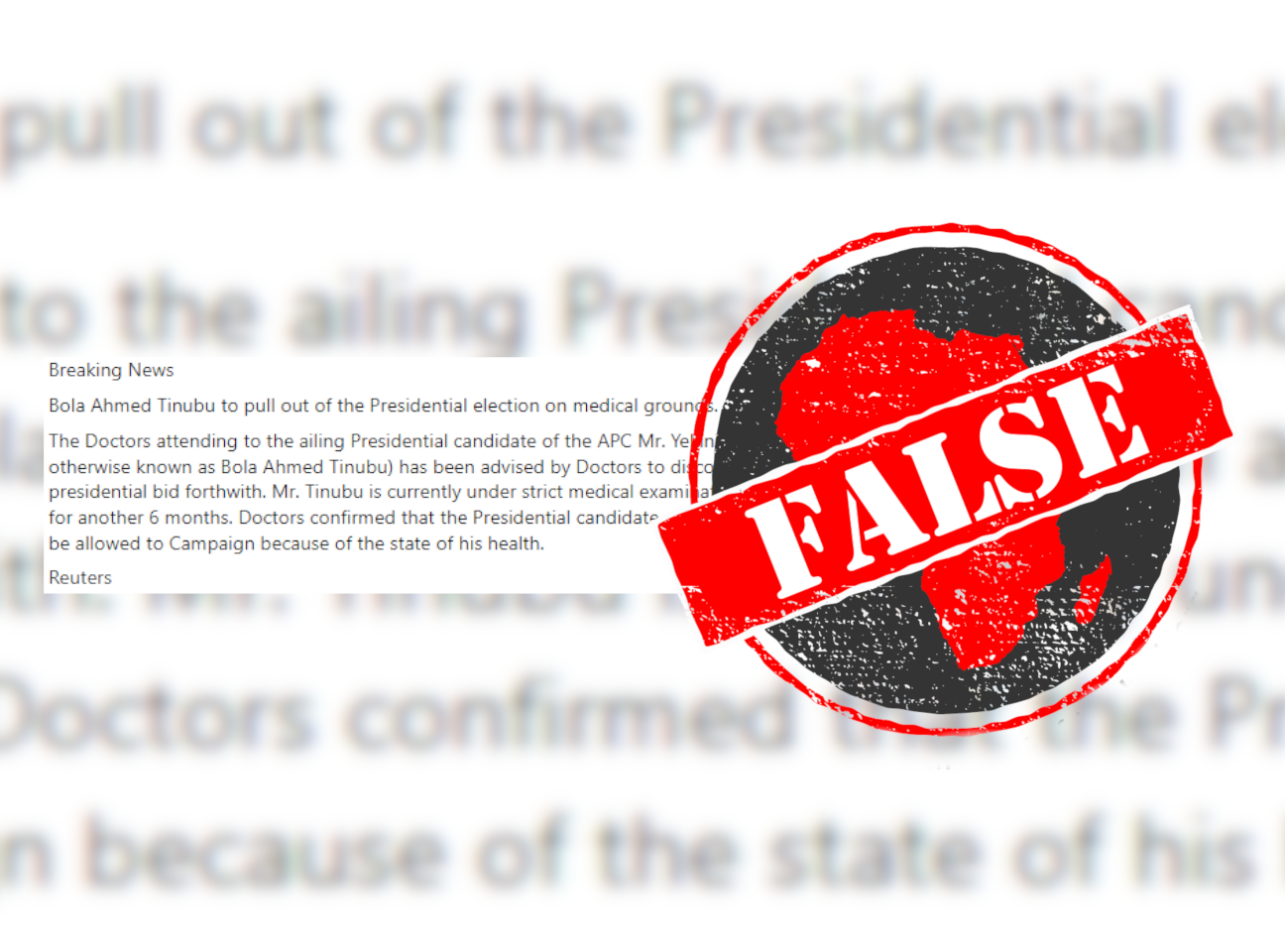 ‘Strong, healthy, and ready to serve’

A search through the Reuters website returned no report about Tinubu’s withdrawal from the presidential race.

On 2 October, Bola Tinubu tweeted from his verified Twitter handle, debunking claims that he had withdrawn.

He wrote: “Many have said I have died; others claim I have withdrawn from the presidential campaign. Well ... Nope.”

He said he was strong and healthy and “READY to serve Nigerians from Day One”. The 70-year-old also shared a video of himself riding an exercise bike.

On 10 October, also in Abuja, Tinubu inaugurated the APC’s women's wing of his presidential campaign team. There is no indication his campaigning is slacking.