“Recent development has now unveiled the brain behind ENDSARS Protest in Nigeria which led to the destruction of Government properties and security agencies losing their lives,” the longer version reads.

The #EndSARS movement against the brutality of the notorious Special Anti-Robbery Squad began on Twitter but soon spread to the streets of Nigeria. In October 2020, police shot dead at least 12 protesters at the Lekki toll gate in Lagos.

The message adds: “Mostly all the people and the misguided youths who championed the ENDSARS Protest are all campaigning for Peter Obi for President. All of them, no exception.”

Nigeria is set to hold general elections to select a new president and vice president, as well as members of the senate and house of representatives, on 25 February 2023.

But did Mohammed really say Obi was behind the #EndSARS protests? We checked. 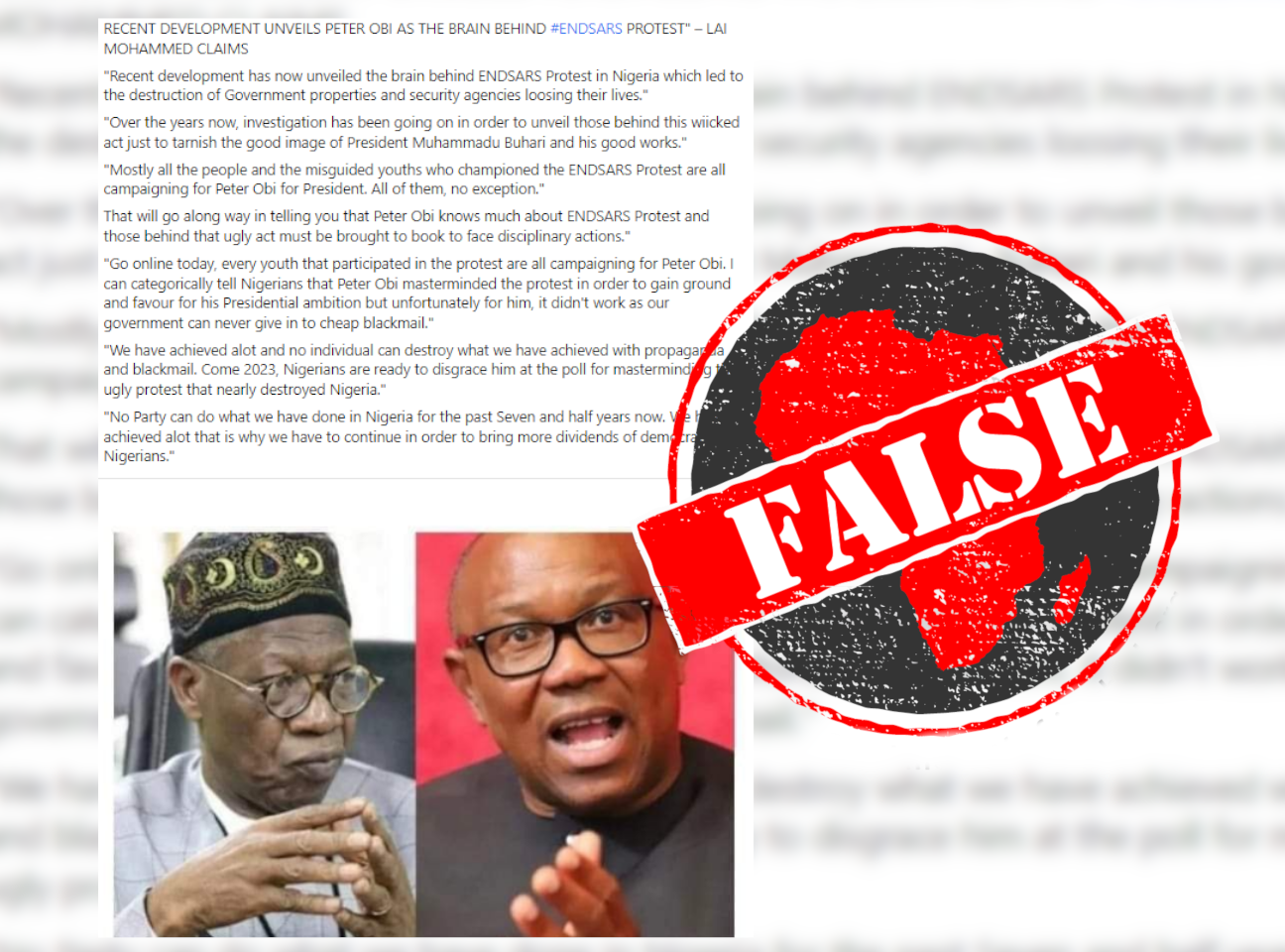 The messages don’t say when and where Mohammed made the statement. This lack of detail is often a sign that a claim is false.

And no credible Nigerian news outlets have reported it. If the information minister had made such a bombshell accusation, it would have been in the headlines.

We found no evidence of the statement on the information ministry’s website or social media pages.

In July, the ministry posted a screenshot of the longer version of the message on its verified Twitter account, with a “FAKE” stamp across it. It wrote: “#FakeNews Alert!”