IN SHORT: An incendiary quote has been attributed to Omoyele Sowore of the African Action Congress, saying he wishes to jail Nigerian president Muhammadu Buhari. But there is no evidence Sowore has said anything like it.

A Facebook post circulating in Nigeria quotes Omoyele Sowore, the presidential candidate of the African Action Congress (AAC), as saying “I Will Jail Buhari When I Become President In 2023”.

In August 2019 Sowore was arrested and detained for convening the #RevolutionNow protest. He was charged with treasonable felony before being released on 24 December.

The Nigerian government also charged Sowore for conspiracy to commit treason and insulting Buhari in an interview.

The 5 September 2022 claim, quoting Sowore saying he would jail Buhari, was also repeated in other Facebook posts.

But did Sowore say this, potentially risking his own rearrest? We checked. 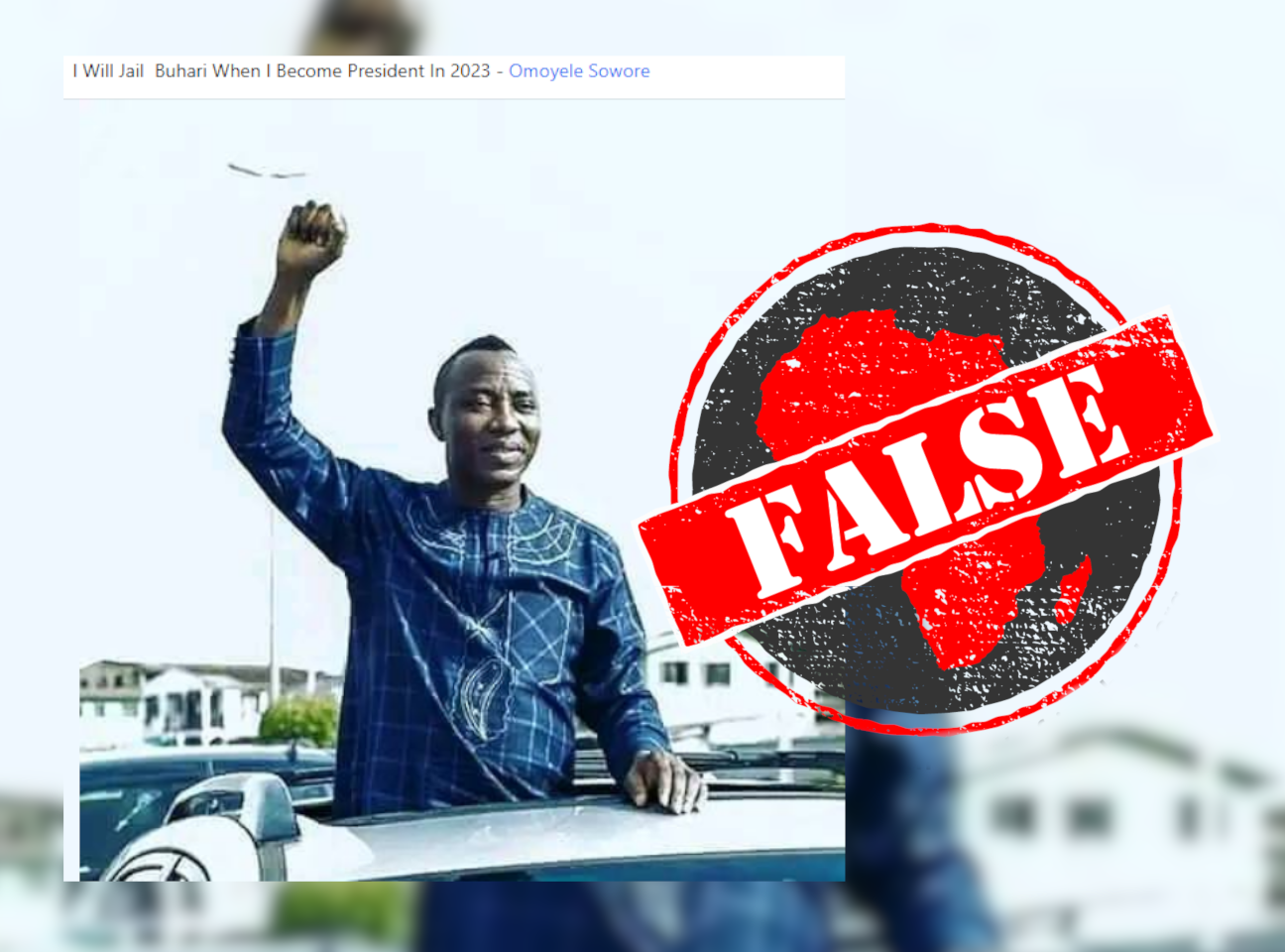 The original post didn’t give details of where or when Sowore was meant to have made the comment. This is suspicious and often a sign that a claim circulating on social media has been made up.

There have been no reports in the mainstream media of Sowore making such a comment, or saying anything related to wanting to send Buhari to jail.

Considering Sowore’s history, such a statement would have been reported by credible news organisations.