No, Nigerian president Buhari didn’t say attacking bandits in self-defence was a crime

Did Nigerian president Muhammadu Buhari say that defending yourself against bandits was a crime?

A message circulating on Facebook since August 201 quotes him as saying: “Attacking bandits in the name of Self-defense is a crime against the law of the land, don't try it.”

It was posted on the “I stand with PDP” Facebook page, but has since been deleted. The PDP is the Peoples Democratic Party, the main opposition to Buhari’s ruling All Progressives Congress.

Organised criminals, known locally as bandits, have plagued northwestern and central Nigeria for years. A recent BBC report describes the problem: “Gangs on motorbikes terrorise the region, stealing animals, kidnapping for ransom, killing anyone who dares confront them and taxing farmers – it's a huge money-making operation.”

In August, a large number of bandits stormed the Nigeria Defence Academy, a military university in the northern state of Kaduna that trains officer cadets. Two officers were killed, another abducted, and many more injured.

But did Buhari really say attacking bandits in self-defence was a crime? 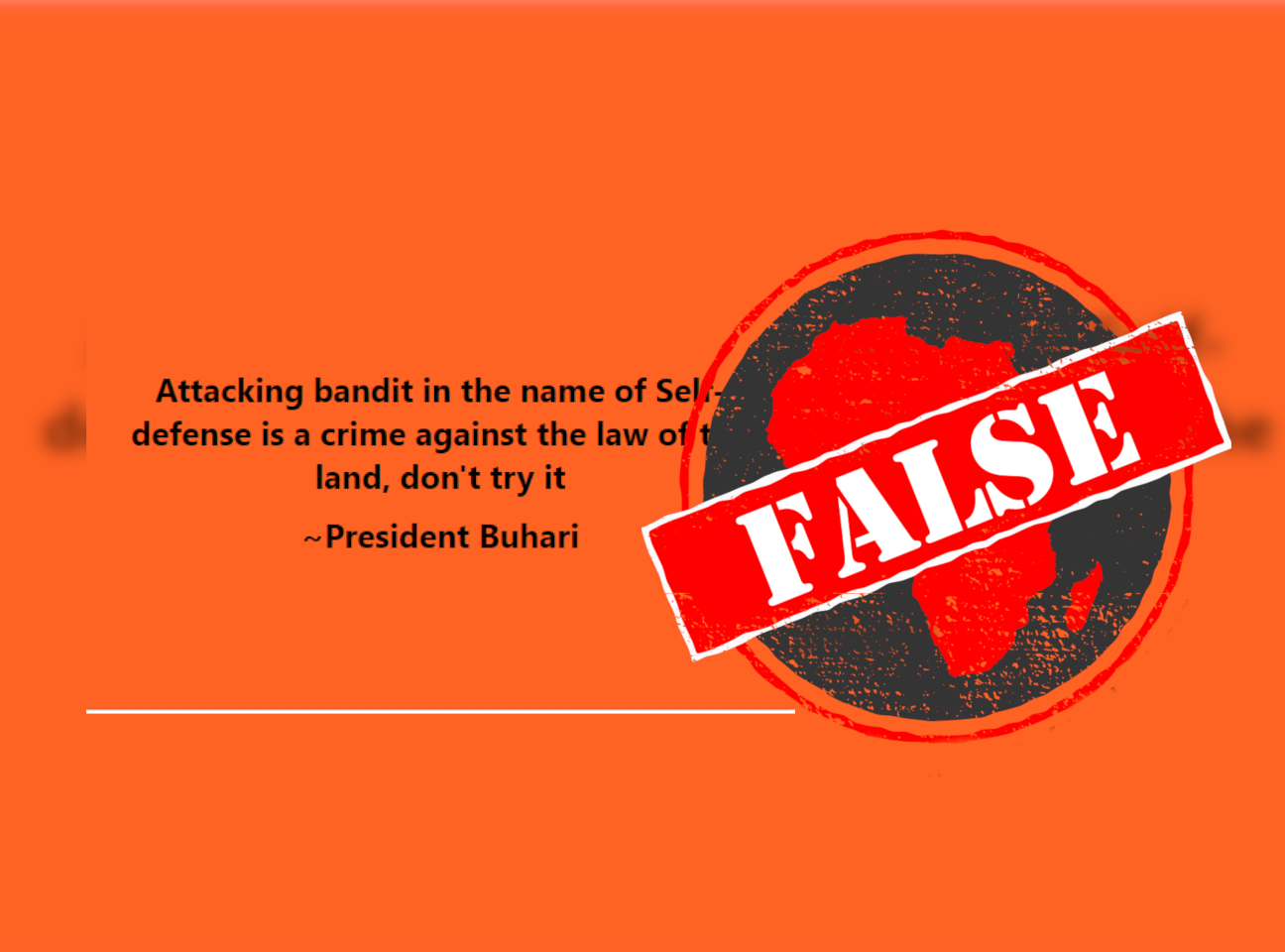 ‘All bandits must be eliminated’

Buhari has frequently pledged to end the insecurity caused by banditry. If he had then said that people defending themselves against bandits was a crime, it would have made national news. But there have been no credible reports of him saying this.

There are several reports of the president expressing sadness and anger over the murder of Nigerians by bandits. He has threatened to crush the criminals, and has tweeted: “All bandits must be pursued and eliminated. Nigeria deserves peace and security, and we will not relent until this is achieved.”

Before departing Katsina for Abuja I addressed Troops of the anti-banditry Operation, Hadarin Daji. I charged them to ensure that no bandit is spared. All bandits must be pursued and eliminated. Nigeria deserves peace and security, and we will not relent until this is achieved. pic.twitter.com/tybpGRl9Ev

In September, he reportedly ordered defence minister Bashir Magashi and the heads of other security agencies to “end banditry and other forms of insecurity” in Nigeria.