The false rumour that Nigerian president Muhammadu Buhari died in 2017 and was replaced with a body double has been debunked several times, but it too hasn’t died.

On 18 January 2022, a pro-Biafra page posted that the Nigerian government did not include Indigenous People of Biafra (Ipob) leader Nnamdi Kanu’s claim that Buhari was dead in charges against him, because it was hiding something.

The post reads: “In Mazi Nnamdi Kanu's numerous live radio broadcasts, He maintained that the man in Aso Rock is not Buhari, that Buhari died in 2017, so in their amended charges, why didn't they included it as one of the charges? What are the Nigeria government hiding? Nigerians, who is the mask-wearing Masquerade in Aso rock?”

It includes several photos of the Nigerian president.

Ipob is a secessionist group seeking the restoration of the state of Biafra in South East Nigeria. Biafra was created in 1967 and ceased to exist after the Nigeria civil war in 1970.

Kanu is on trial for treason in Nigeria’s capital, Abuja. Before the trial resumed on 18 January, the government filed eight extra charges related to terrorism. This raised the number of charges against Kanu to 15.

The new charges allege Kanu incited people to destroy public facilities and attack security agents and their families. But they don’t mention anything about Kanu saying Buhari was dead. 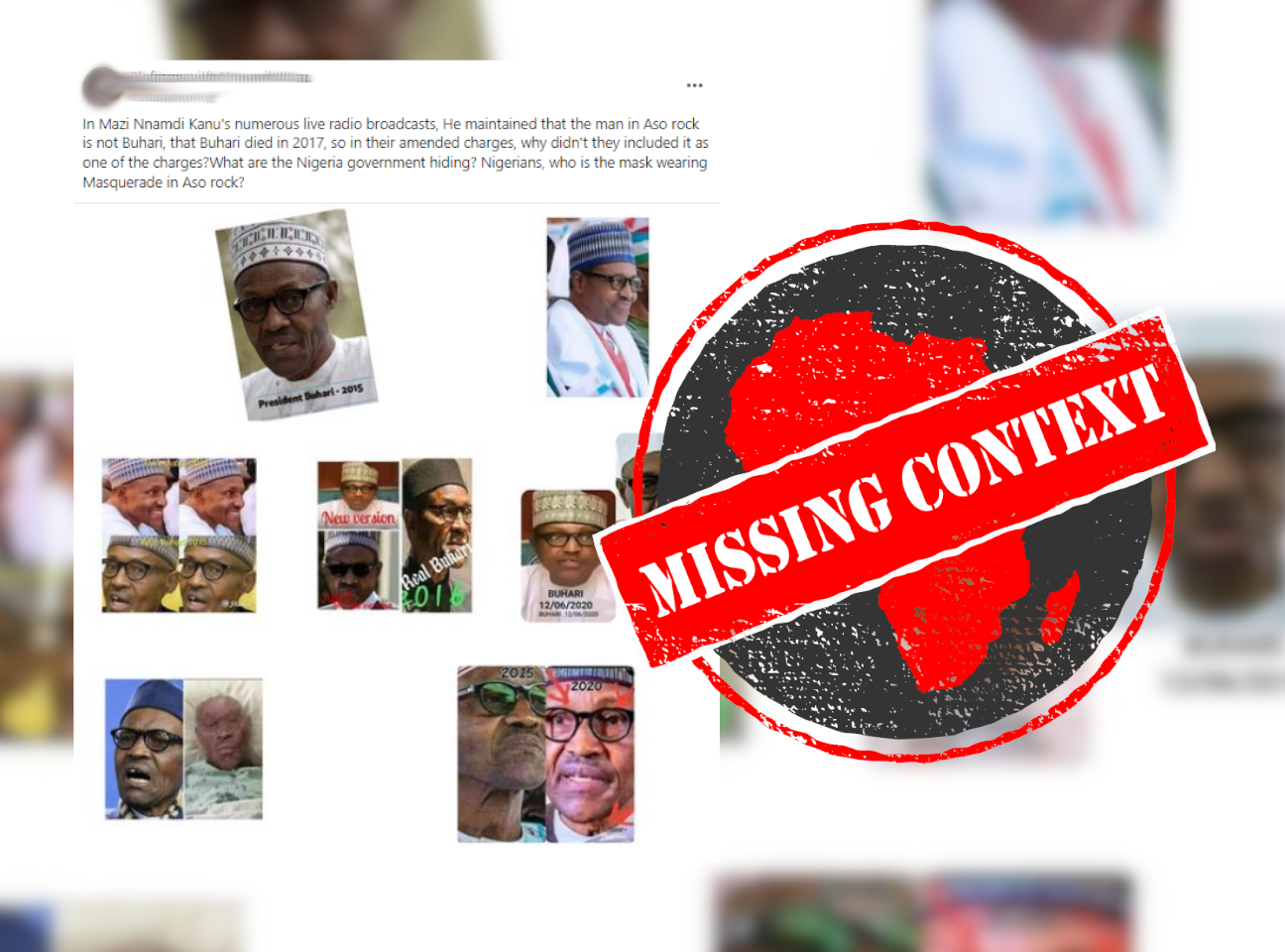 The claim that Buhari has been replaced with a clone or body double has been in circulation since 2018. Kanu made the claim popular on social media and in his broadcasts on Radio Biafra.

Africa Check has already debunked several versions of the claim. Every time, we found no evidence for it.

Buhari himself debunked the claim in December 2018 while attending a UN climate change conference in Poland. He was re-elected in 2019 and has made dozens of public appearances since then. There is still no credible evidence for the claim.

Defamation a civil matter – not criminal

Isaac Agbede, a law professor at Nigeria’s Babcock University, told Africa Check the charge of Kanu claiming Buhari was dead would in most instances not be included in a criminal case. The charge is defamation – a civil matter.

“Defamation is mainly a civil case. However, it can be considered in a criminal case if the prosecutor can prove that the rumour led to a breach of peace and violence,” Agbede said.

“For the government adding more charges, that is allowed in law. Once the prosecutor takes permission from the judge more charges can be added to an ongoing case."