IN SHORT: A rumour is circulating on social media that Nigeria’s ruling party’s presidential candidate plans to “buy” the Labour Party. But there’s no evidence that this is true.

“Breaking news: Tinubu planning to buy Labour Party and combine the party’s vote to APC. According to details, he is pricing Labour Party 70B Naira, negotiation is still going on,” reads a Facebook post published on 2 September 2022.

Bola Tinubu is a former governor of Lagos state and lives in an affluent part of the city. He is the presidential candidate for the ruling All Progressives Congress (APC).

The Labour Party, formerly known as the Party for Social Democracy (PSD), is one of the parties registered by the Independent National Electoral Commission. It is led by Peter Obi, who is also running for president in the February 2023 elections and has a huge following on social media.

The APC and Labour Party are among the four frontrunners in the country’s 2023 general elections.

The other two are the People’s Democratic Party (PDP) and the New Nigeria People’s Party (NNPP).

But is it true that Tinubu plans to “buy” the Labour Party? We checked. 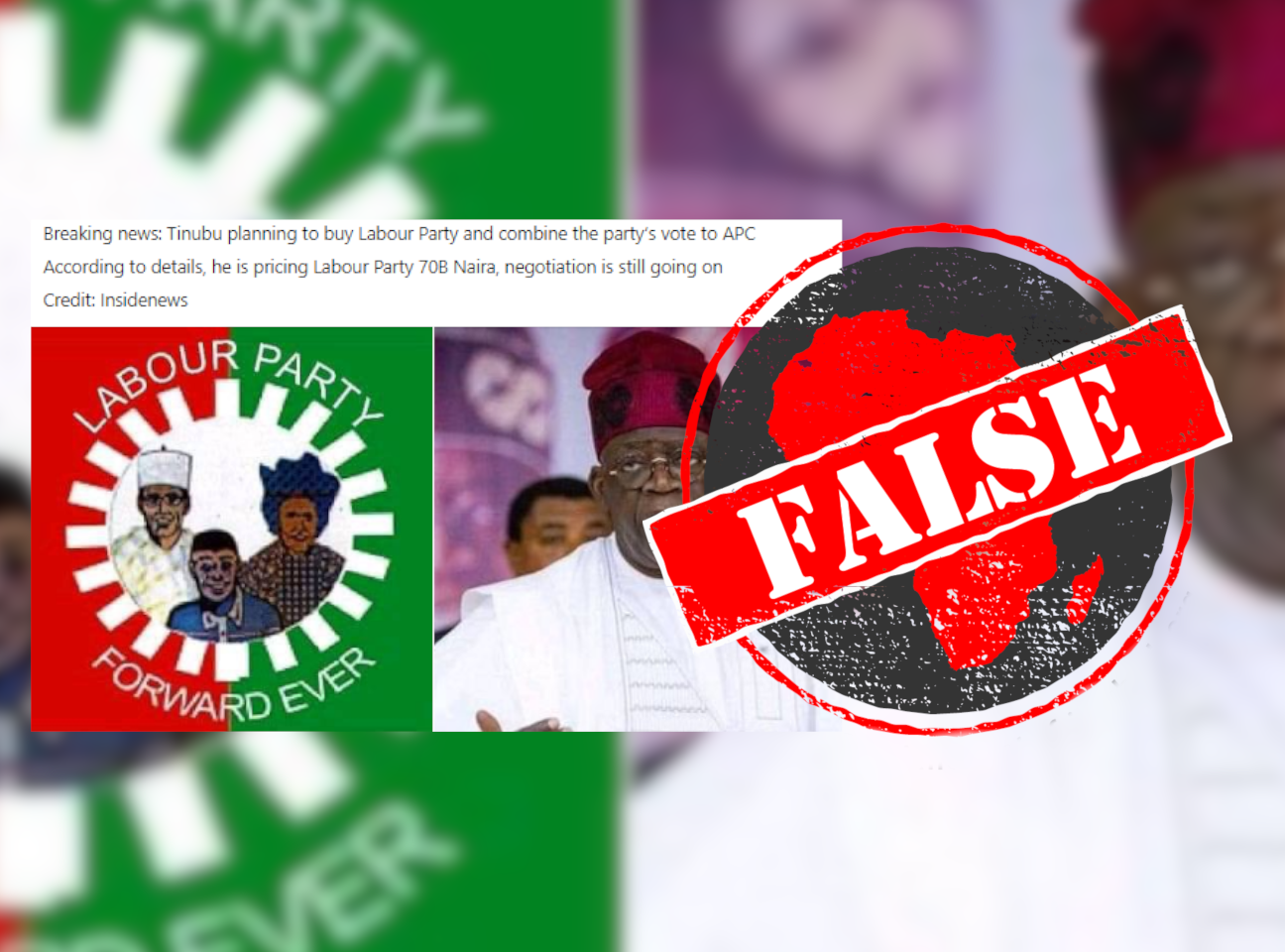 The Facebook post credits the information to “Insidenews”. But we could find no news outlet in Nigeria with this name. We did come across the Nigerian Insiders News (TNIN), a website that reports extensively on Nigerian politics, but could not find any article claiming Tinubu wanted to buy the competing party.

The original Facebook post doesn’t give any concrete details about when or where Tinubu was meant to have made any statement like this or where the “negotiations” were taking place. This lack of detail is often a red flag that a quote circulating on social media is fabricated.

There have also been no reports in the mainstream media of Tinubu making such a move. Such news would have made headlines, if it were true.