IN SHORT: A quote attributed to Nigerian opposition politician Omoyele Sowore has him saying he would legalise “weed smoking” if elected president. But while he supports the legalisation of the growing of marijuana for the sake of the Nigerian economy, and has been outspoken about this, we found no evidence he’s campaigning for the legalisation of smoking the drug.

A Facebook post quotes the presidential candidate for the African Action Congress (AAC) in the February 2023 Nigerian elections as saying “I will legalise Weed (hemp) smoking if elected president”.

Sowore has been vocal about his views on legalising marijuana in Nigeria since 2018. Marijuana or “weed” is the dried leaves, flowers, stems, and seeds from the hemp plant Cannabis sativa.

He has said he would “make the country a marijuana-exporting hub if elected as president”. He argues that many countries are making a great deal of money from exporting the plant.

In October 2022, Sowore said that marijuana could also be used to produce medicines, textiles and concrete, and not just consumed.

The 14 October 2022 claim was also repeated in other Facebook posts.

But did Sowore say he would legalise weed smoking? We checked. 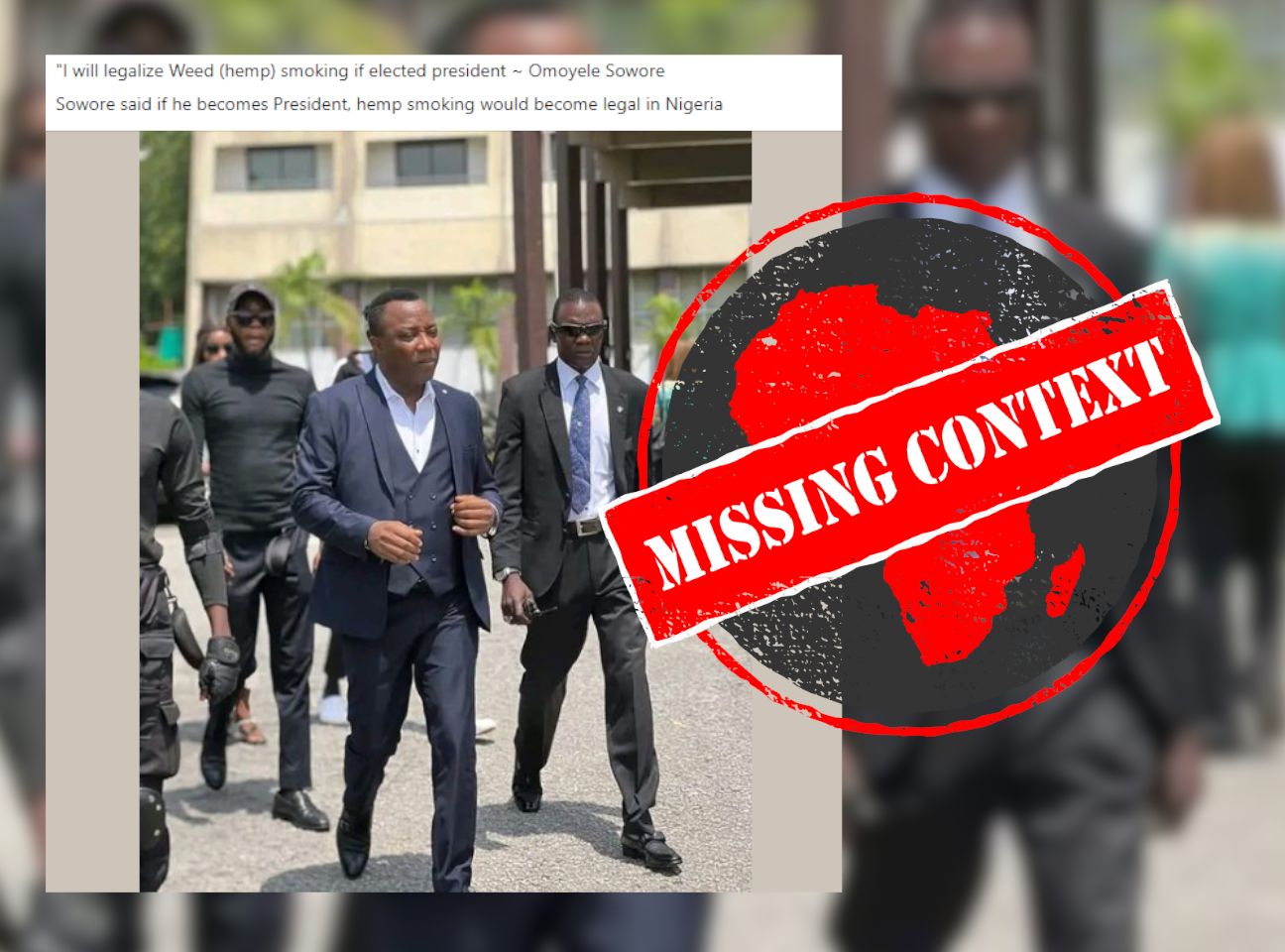 Marijuana is still an illegal drug in Nigeria and there have been controversial debates over its legalisation. There are several arguments for and against legalising it.

As Sowore is running for president in the elections scheduled for February 2023, a post where he appears to be saying he would legalise the smoking of marijuana may generate controversy for him.

And no such statement was reported by the mainstream media. We also searched for the statement “legalise weed smoking” in his interviews on the subject and could not find it. It appears the quote has been taken out of context or fabricated.