No, Nigerian presidential candidate Tinubu didn’t say he would hand power over to ‘an Igbo’

A Facebook post claims that Bola Tinubu, the All Progressives Congress (APC) presidential candidate in Nigeria’s 2023 elections, said he would hand over power to an Igbo man after an eight-year term as president.

“I will hand over to an Igbo man after my eight years rule,” the post quotes Tinubu as saying.

Tinubu, who was the governor of Lagos state from 1999 to 2007, won the APC’s presidential primary election. He will fly the party’s flag in 2023.

The Igbo live primarily in southern Nigeria. Since the return to democracy in 1999 the community has yet to ascend to the country’s presidency.

Its claim was also repeated in posts on several other Facebook pages: here and here.

Did Tinubu say he would hand over power to an Igbo man after being Nigeria’s president for eight years? 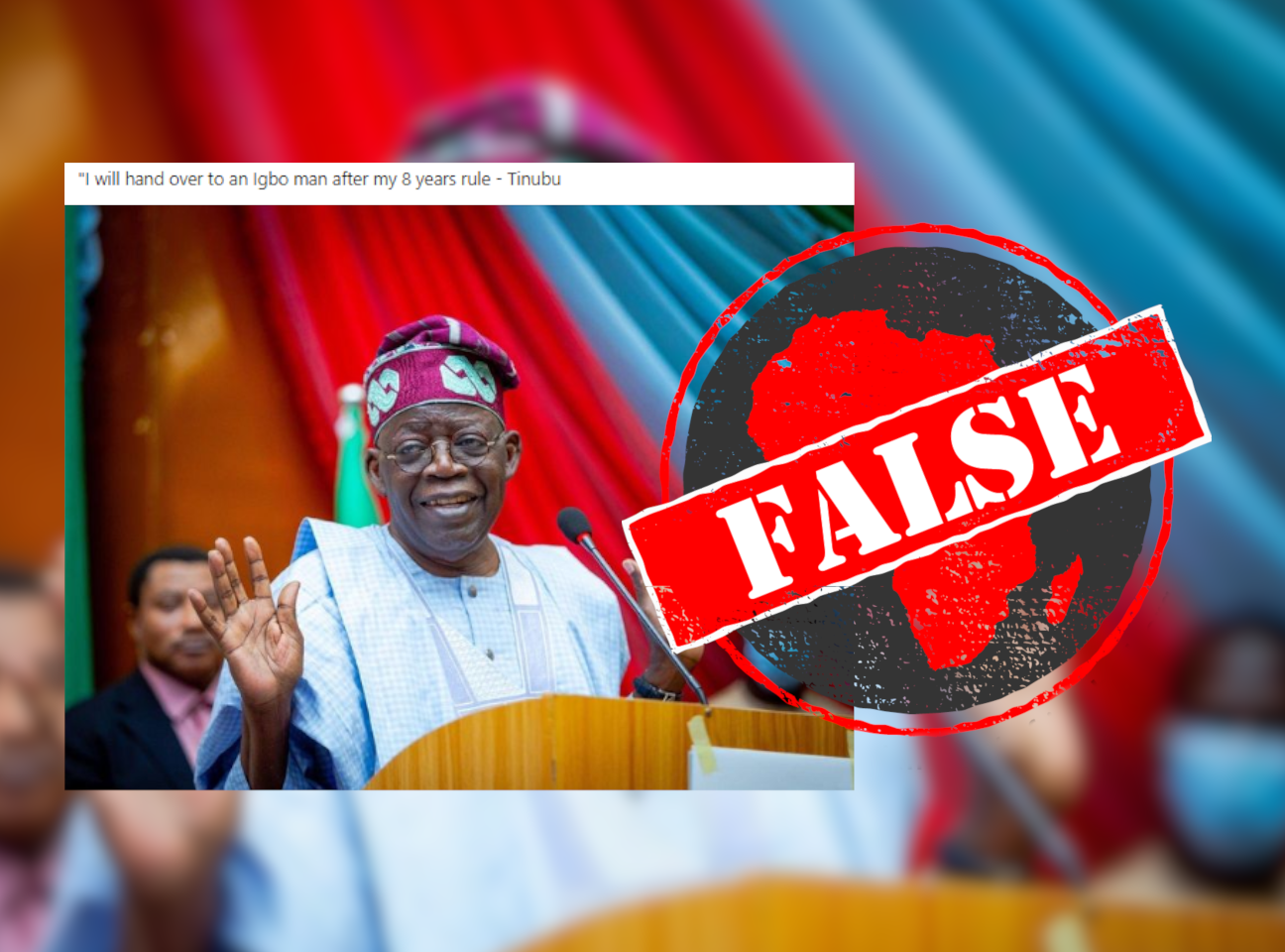 Our research also revealed that the statement has not appeared in any recent reports by credible media organisations.

Tunde Rahman, Tinubu’s media aide, told Africa Check that the politician did not make the remark.

“No, he did not say so,” Rahman told Africa Check.