IN SHORT: At the launch of his presidential campaign, Bola Tinubu of the All Progressives Congress almost said “God bless PDP” – before correcting himself. But it was just a slip of the tongue. It didn’t mean he had defected to the rival Peoples Democratic Party.

“The presidential candidate of defunct APC Bola Tinubu has officially decamped to PDP at Jos today,” reads a “breaking news” message going viral on Facebook and WhatsApp in November 2022.

Nigeria is set to hold presidential and parliamentary elections in February 2023.

Veteran Nigerian politician Bola Tinubu is the presidential candidate for the ruling All Progressives Congress, or APC. One of his rivals for the top job is Atiku Abubakar of the Peoples Democratic Party (PDP).

Tinubu launched his campaign on 15 November 2022 during a rally at Rwang Pam township stadium in Jos, the capital of Plateau state in Nigeria’s east-central zone.

But while in Jos, did he in fact leave the APC for the PDP? We checked. 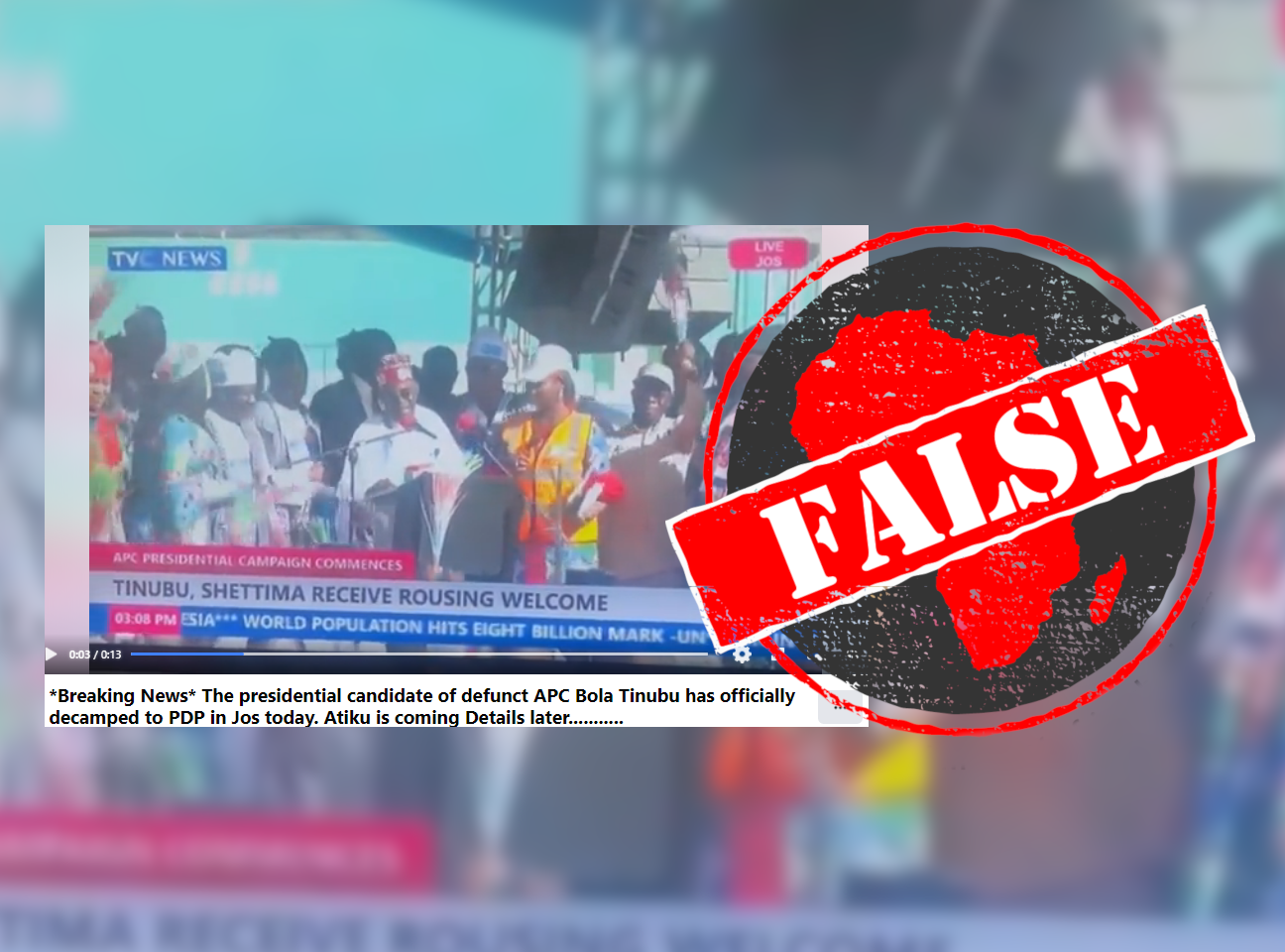 Slip of the tongue

At the end of his speech at the rally, Tinubu had a slip of the tongue. “God bless PD…,” he said, before quickly correcting it to “APC”.

The mistake was widely reported by several major newspapers. But it didn’t mean he had “decamped” to the PDP.

The APC has published no statement on Tinubu dumping the APC for the PDP.

And if he had done so, it would have dominated the headlines. But there have been no credible news reports of the APC’s presidential candidate defecting to the PDP.