IN SHORT: As reports emerged that presidential hopeful Peter Obi was drumming up support among Nigerians abroad, social media quoted attorney general Abubakar Malami as saying anyone in the diaspora who contributed to the Labour Party candidate’s campaign would be arrested. But there is no evidence that the AG said this.

“Any Nigerian who lives abroad, funding the campaign of Peter Obi shall be arrested. It is against our electoral laws,” reads a quote attributed to Abubakar Malami that’s doing the rounds on Facebook in September 2022.

Malami is Nigeria’s attorney general and minister of justice.

Obi is the Labour Party’s presidential candidate for the upcoming elections, set for early 2023.

Under the country’s constitution, it’s illegal for political parties to “retain any funds or assets remitted or sent to it from outside Nigeria”. And the 2022 electoral law limits election expenses, and the nature and amount of contributions made to political parties.

In early September it was reported that Obi was “currently making moves to raise funds from Nigerians in the diaspora”.

The quote has also appeared on Twitter, on a popular discussion forum, and on several blogs. But did Malami really say any Nigerians living abroad would be prosecuted if they funded Obi? We checked. 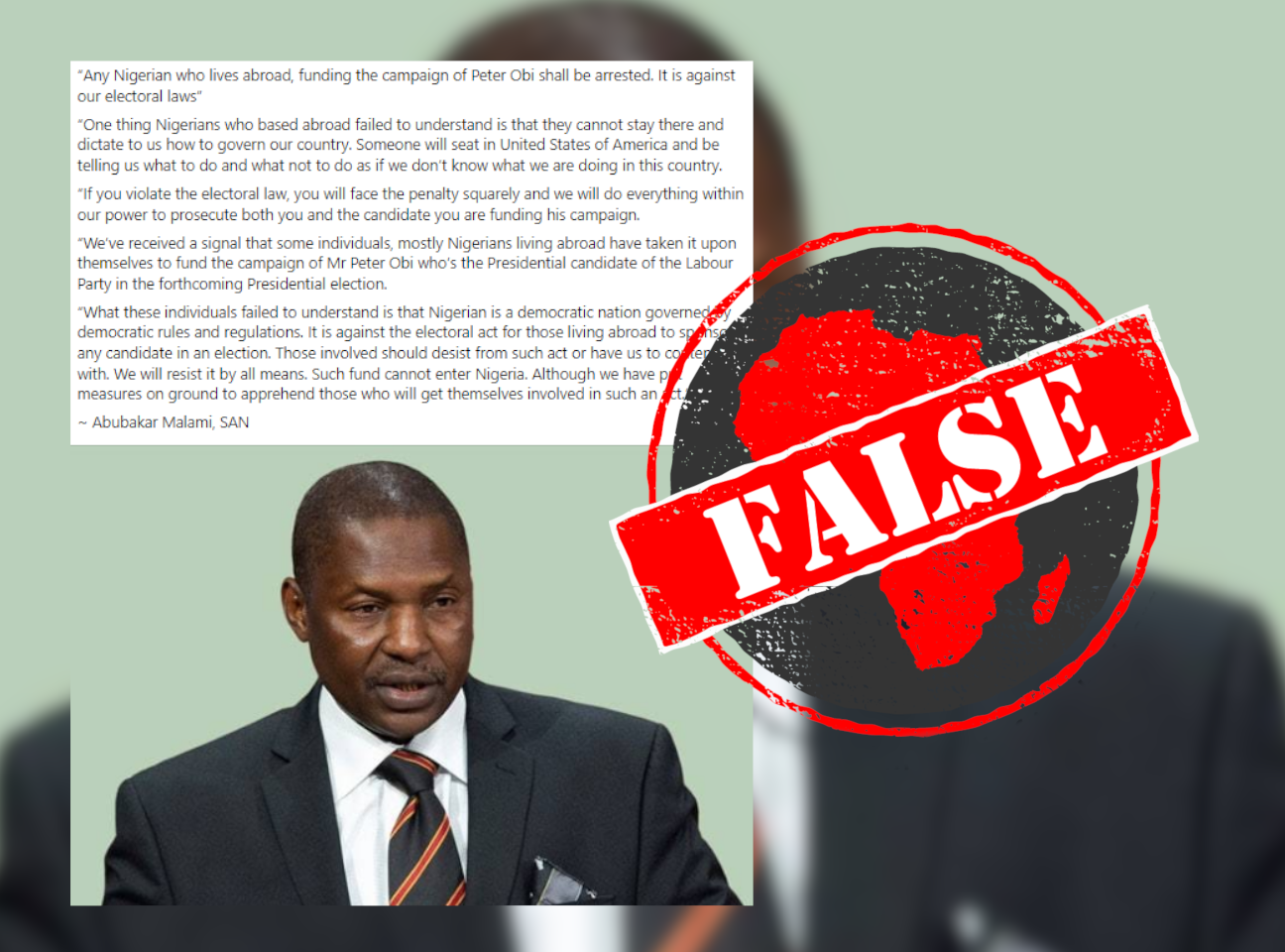 No news reports, no evidence on social media

No context is given for the quote, such as when and where Malami said it. This lack of detail is often a sign of false information.

Such a statement about a leading presidential candidate by the attorney general of Nigeria would have been in the headlines. But no credible local or foreign news outlets have reported the statement.

This could affect political debate online and in real life and impact voters’ ability to make informed choices.