“We will stop everything about PVC in the south-east due to security challenges,” begins a message on Facebook, seemingly quoting Mahmood Yakubu, chair of Nigeria’s Independent National Electoral Commission, or Inec.

The PVC is Nigeria’s permanent voters card. The country is set to hold general elections in early 2023.

The message has been circulating on Facebook since at least 17 July 2022. It can be seen here, here, here and here.

Shorter versions only use the first sentence. Longer versions claim the halt in voter registration is due to terrorist attacks in the south-east, which have led to “incessant killings and burning of INEC offices going on in the region”.

“This restriction is only on the south-east, other regions are free to go and register for their PVCs. We urge the people of south-east to remain law abiding pending when normalcy will return to the region to enable us lift the ban.”

The voter registration process allows people who reached the official voting age after the 2019 election to register and cast their ballots.

But has Inec really stopped voter registration in Nigeria’s south-east? 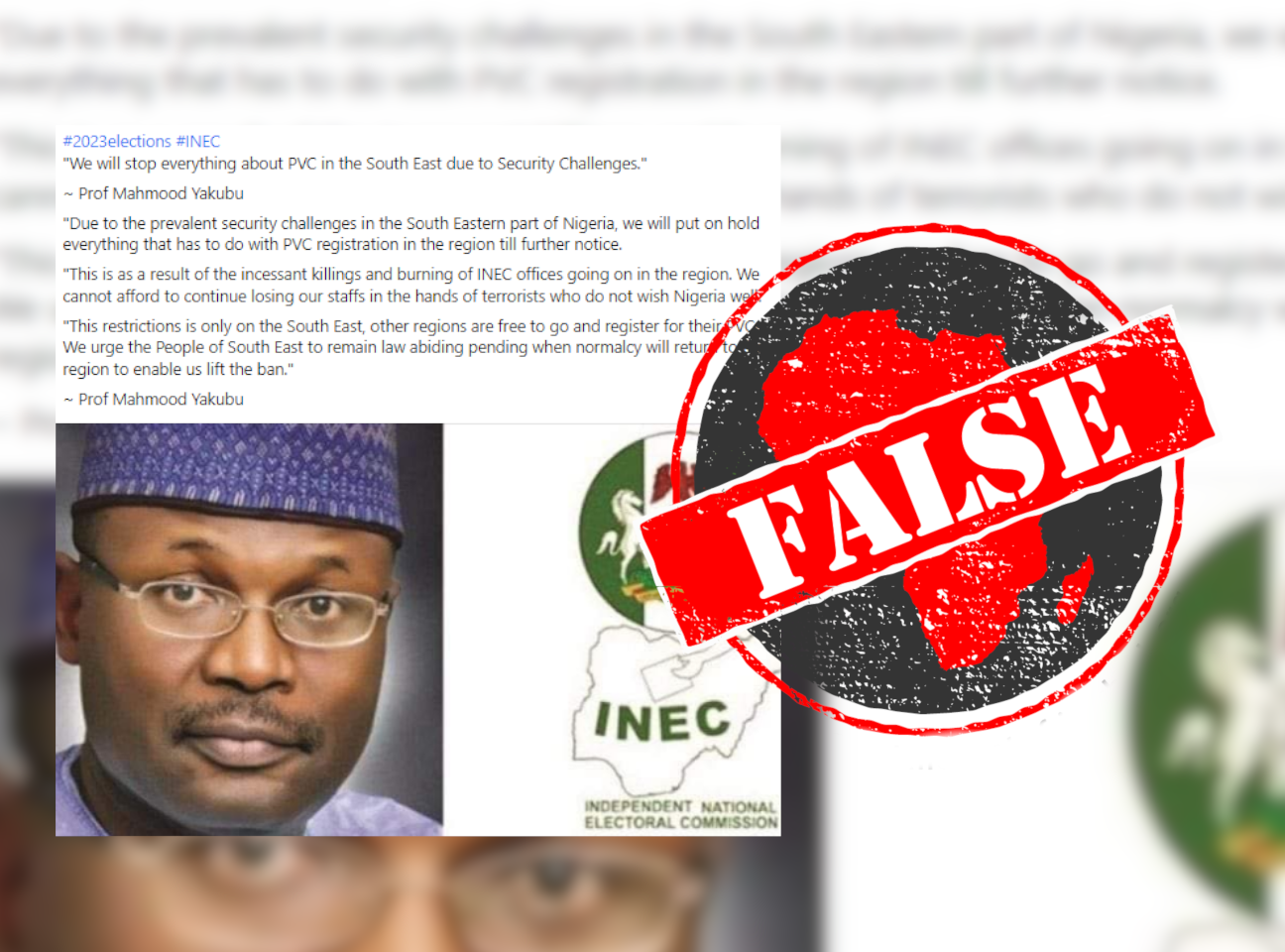 No evidence to support the claim

The message doesn’t say where and when Yakubu made the statement. And it has not been reported by any reputable media outlet. It also cannot be found on Inec’s verified Facebook and Twitter pages.

And a 26 July update on voter registration posted on the commission’s Facebook page shows that registration is ongoing in Nigeria’s south-eastern states.

Inec announced that the nationwide process will end on 31 July.